To help amortise the substantial investment required to launch an electric version of the Volkswagen Amarok ute that is currently planned for 2025, the German brand would also develop a wagon-bodied SUV model sharing the Amarok’s rugged characteristics.

That strategy is already employed by Volkswagen’s platform-sharing collaborator Ford, which will build the second-generation Amarok in South Africa using the T6.2 platform that underpins that brand’s Ranger pick-up. 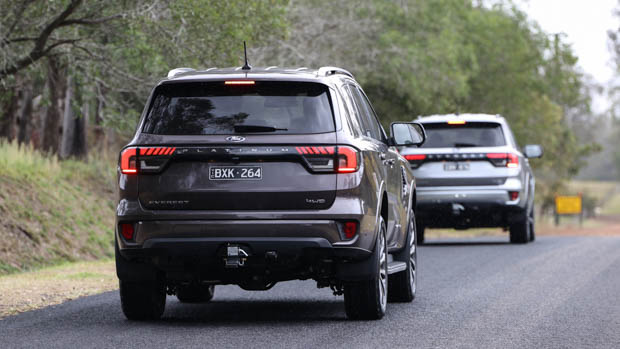 Ford builds both a Ranger ute and an Everest large SUV from the T6.2 chassis that was co-developed by Ford and Volkswagen over the last several years.

Senior Volkswagen commercial vehicles executives have confirmed to Chasing Cars that the Amarok and Ranger’s T6.2 platform has space reserved for a circa-100kWh battery promising an electric driving range of about 500km.

However, while the new Amarok’s dimensions allow it to transition to full electrification without the need for major platform changes, Chasing Cars understands that major development work would be required to set up production of an Amarok EV. 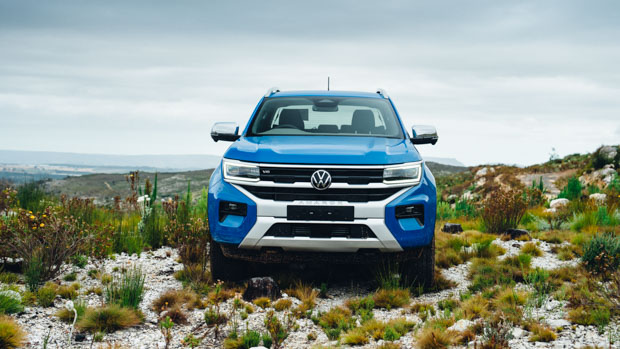 If built, the SUV would share the Amarok’s rugged characteristics

A rugged wagon-body SUV based on the Amarok chassis was not originally contemplated as part of the collaboration between Volkswagen and Ford, but the additional model is now under close contemplation as an electric vehicle.

Petr Sulc, Volkswagen’s Amarok product management executive, told Chasing Cars that an Everest-sized model “was not the scope of the previous negotiations – it was what we were telling Ford we were not interested in.”

“[However], if we should approach [Ford] for a battery electric [Amarok] then it would make sense, because you would not be able to fulfil the volume requirements to utilise the investment only with one type of car. If you look at Everest and Ranger, the front-end is the same, the platform is the same, so you have better scale if you offer two variants,” Sulc said.

Selling both an electric Amarok and an electric wagon-body variant – perhaps using the Atlas name – would help Volkswagen and Ford amortise the high costs involved in converting the Amarok production line in South Africa – or one of Ford’s other Ranger lines – by adding another Volkswagen EV model sitting on the T6.2 platform. 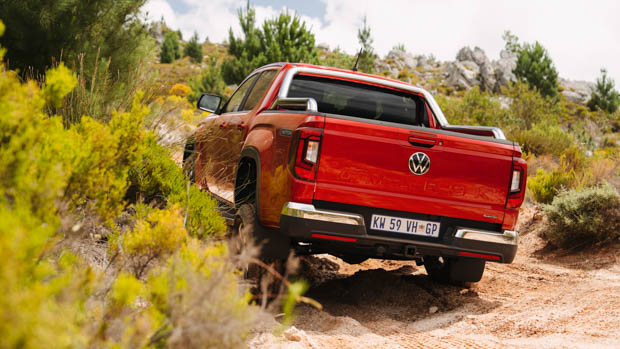 That model would be a Volkswagen SUV that is similar in dimensions to the Ford Everest wagon but with a fully-electric powertrain. It would share the Amarok EV’s circa-100kWh battery and would utilise a dual-motor setup promising AWD traction.

Like the other vehicles that sit on the T6.2 platform – being Volkswagen’s new Amarok, plus Ford’s Ranger, Everest and Bronco – the electric VW large SUV would be body-on-frame with significant off-roading capability.

A two-model rugged EV model plan would be similar to the strategy used by US manufacturer Rivian, which has rapidly brought an Amarok-sized R1T electric pick-up and corresponding R1S large SUV to market on that continent.

Volkswagen is moving faster than many rival brands that compete in the Australian market in developing its electric commercial vehicles because the German brand is being pushed along by tough European Union CO2 regulations.

Already relatively tight, EU restrictions on vehicular CO2 are expected to become much more strict on diesel-powered commercial vehicles by June 2025 if carmakers do not successfully and quickly negotiate a deferral with European lawmakers.

If any new pickup could hold its own on the mountain, it's the R1T.

Rivian R1T Will Take On The 2023 Pikes Peak Hill Climb

Rivian Is Laying Off Hundreds of People Again: Report

Rivian hit with wave of layoffs amid serious cost concerns