The concept crashes the e-moto party with a four-speed gearbox. 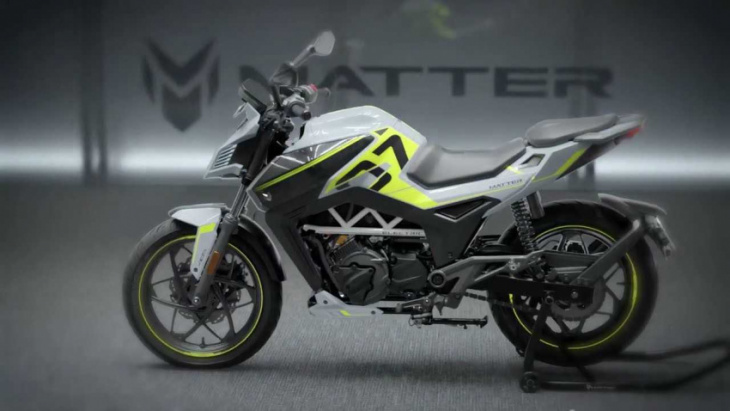 Nearly all electric motorcycles—whether prototype or production model—feature a single-gear drivetrain. That twist-and-go functionality caters to non-riders and beginners, but many diehard motorcyclists embrace the benefits of manual transmissions. After all, dropping a gear to hightail out of a hairy situation or manipulating the power delivery with a short shift isn’t possible without a gearbox.

Indian electric vehicle and technology startup Matter fully understands these transmission tenets, and its four-speed gearbox brings an old-school feel to its brand-new electric motorcycle concept. That drivetrain transfers the 10.5 kW (14.1-horsepower) electric motor’s 383.5 lb-ft of torque to the back wheel and the motor draws all that oomph from a liquid-cooled 5 kWh battery.

To keep that powertrain operating at optimal efficiency, Matter employs a proprietary cooling system. The unit not only pulls heat away from the power pack but cools the rotor and stator in the process. 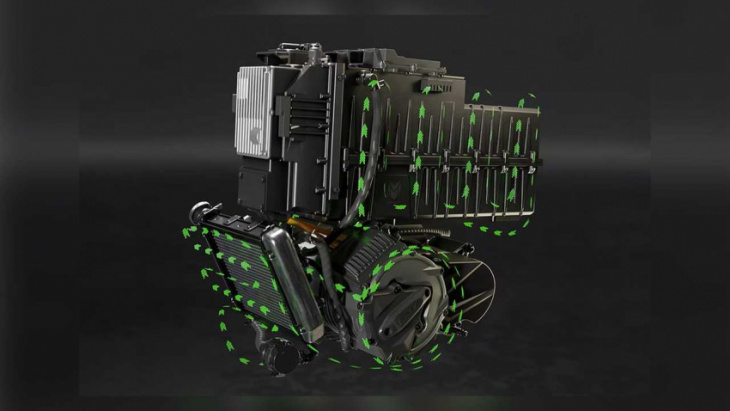 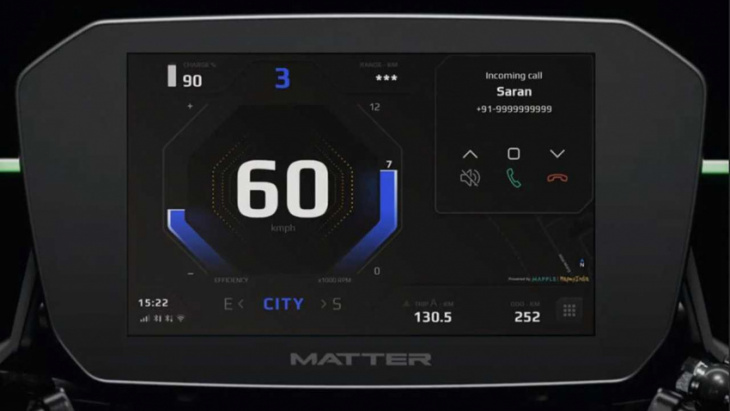 Matter doesn’t disclose how many miles the liquid-cooled powertrain nets on a single charge. However, the firm’s comfortable reporting that the concept recharges in five hours when plugged into a wall socket. Matter claims that the e-motorcycle will also offer fast-charging capabilities, but it hasn’t released additional information on that front.

Riders can keep track of the mileage, range, and charge via a seven-inch TFT panel. That dash includes features such as smartphone connectivity, notifications, music playback, and turn-by-turn navigation.

While Matter hasn’t established a name for its electric concept, the brand plans to manufacture the first run of the production model at its Changodar, Ahmedabad, factory. The 200,000 sq-ft facility’s capacity currently sits at 60,000 units, and the company plans to expand that number to 200,000 units in the near future.

“Out of around 2 crore two-wheelers sold per year in the country, motorbikes comprise about 1.4-1.5 crore units,” claimed Matter Founder and CEO Mohal Lalbhai. “While most other start-ups are focusing on electric scooters, we decided to come up with a geared electric bike. With no other major player in the electric bike segment currently, growth potential in the vertical is immense.”


View more: VW launches software update for the ID.4 in the USA

Electric car rental company UFODrive expands further in the USA. Customers in seven major US cities can now rent Teslas and other premium electric vehicles (EVs) online without requiring paperwork, upselling, or keys. After its US launch in San Francisco in August 2022, UFODrive is now also active in ...

In Brazil, the public transport authority for the city of São Paulo, SPTrans, has just banned bus companies from purchasing new diesel buses. The mega-metropolis in the south of the country has one of the largest bus fleets in Latin America, with more than 13,000 vehicles to serve a ...

DS Automobiles has now unveiled its new race car for the upcoming Formula E season. At the wheel of the new DS E-Tense FE23 will be current world champion Stoffel Vandoorne and Jean-Eric Vergne, the only double champion in Formula E, for the racing team DS Penske supported by ...


View more: DS has presented their Formula E racer for the upcoming season

Solid Power, the US solid-state battery specialist backed by Ford and BMW, among others, is looking for a new CEO. As the company announced, Douglas Campbell will retire from his functions as CEO and as a member of the Board of Directors with immediate effect. President David Jansen has ...