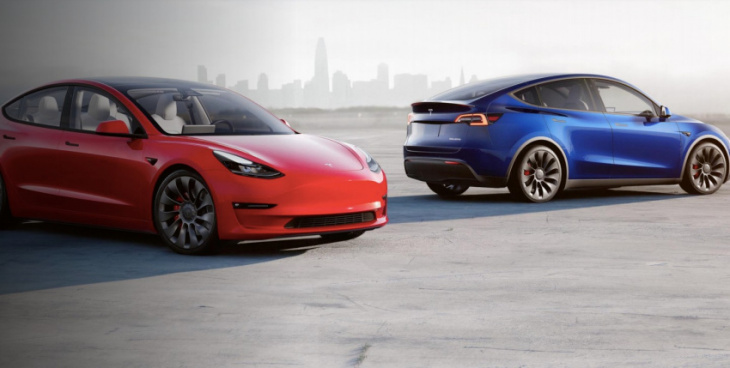 A survey conducted by Leasing Options, which included over 2,000 people from the UK, found that a small minority still hold misconceptions about EVs and their safety. While the vast majority of respondents could discern fact from fiction, indicating that education surrounding electric vehicles has come far, there is still work to be done to make consumers feel safer with these products.

The most common misconception was the belief that it is unsafe to sit in an EV while charging. 7.2% of respondents indicated that they believed this idea, but they might be surprised to know that not only can you sit in an EV while it’s charging, but you can often use an in-car display to watch a movie or even play a video game!

6.5% of respondents had a more dangerous belief about EVs, believing that EVs explode when in a car crash. It is likely true that this misconception stems from media that may be too quick to portray electric vehicles as fire hazards, but research from evfiresafe shows that over the past 12 years, there have only been 14 reported cases of electric vehicles exploding at all. And while any number above zero is a tragedy for those involved, compared to gas-powered counterparts, this is a non-issue.

3.9% and 3.4%, respectively, believe that EVs are so poorly designed that you cannot take them through a car wash or that EVs will shock you. For anyone who may still be mystified whenever they see a Tesla driver come out of a car wash completely unharmed, I can assure you that the insulation of the electronic components means that you are perfectly safe.

Finally, 2.8% of respondents believed that EVs had no brakes. And while regen may help reduce the need for friction-based braking in the very near future, current cars are not there yet.

The comforting part of these results is that the vast majority of respondents recognized that these misconceptions were false, showing just how far product knowledge has come in the industry. However, if this survey were conducted in a place with a lower level of EV adoption than the UK, these numbers may be far higher. Hopefully, through more education, people can grow to not only accept but enjoy electric vehicles.

Mahle to invest in Michigan factory

At the Battery Show North America, ABB unveiled its new Plant Optimization Methodology for battery manufacturing. The Swiss-Swedish company presented the way greenfield battery sites can jumpstart global operations. The company says that its agile approach aims to scale up to meet demand and reduce bottlenecks in the world’s ...

Chinese battery manufacturer CATL has signed agreements with Swiss electric vehicle manufacturer Kyburz and German company Trailer Dynamics at the IAA Transportation. Announcements on further deals are to follow shortly. CATL and Kyburz have fixed by letter of intent that they will seek a supply agreement for CATL batteries ...

At the IAA Transportation, the British electric drive specialist Saietta presented for the first time a fully integrated electric axle drive for light commercial vehicles up to two tonnes gross vehicle weight. It was not the only electric drive innovation on the British stand. According to the company’s statement, ...

Italian coachbuilder Caselani has transformed the Citroën Berlingo into a retro van in the style of the 1950s 2CV AU. Like the standard Berlingo model, the Berlingo 2CV Fourgonnette will also be offered with an all-electric drive and marketed by Caselani, officially licensed by Citroën. According to Citroën’s parent ...

The UK charging infrastructure company Connected Kerb is to receive an investment of up to £110 million from insurance company Aviva. The investment should enable the installation of a total of 190,000 publicly accessible AC chargers across the UK by 2030. Connected Kerb announced the plan to roll out ...

GM invests in and cooperates with Lithion Recycling

Kitty Hawk may have flown its last flight

Sunwoda to build another 50 GWh battary factory in China

Tesla opens Supercharger network to all electric vehicles in Iceland

GM explains its electric vehicle strategy to provide ‘EVs for everyone,’ including pickups, SUVs, luxury, and crossovers