EVs begin their life cycle with a larger carbon footprint than gas cars, but it doesn't last long, and improvements are ongoing. 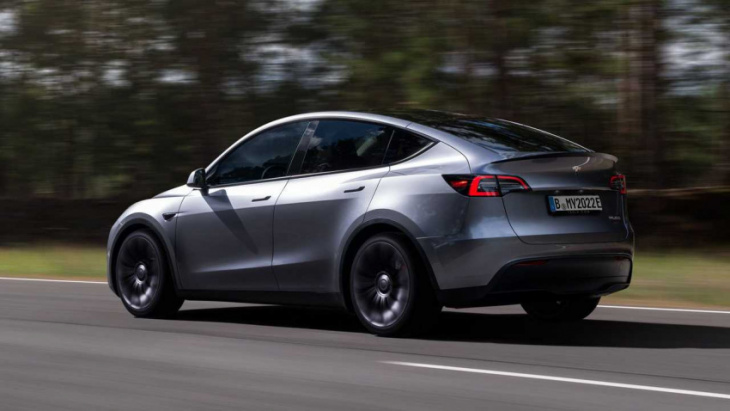 Posted on EVANNEX on November 20, 2022, by Peter McGuthrie

Electric vehicles are swiftly transforming the landscape of the auto industry, but critics have noted how significant their emissions are from manufacturing to disposal despite being marketed as more environmentally friendly than gas. While they aren’t entirely wrong, the lifespan of an EV offers many years of emission-free driving — something that can’t be matched by those with internal combustion engines. 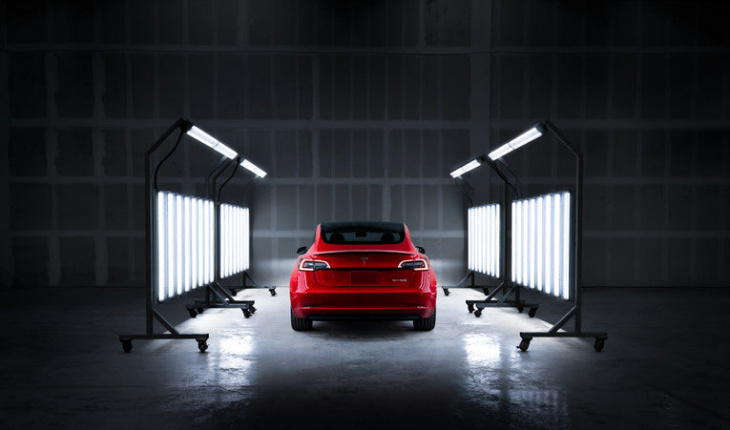 Above: A Tesla Model 3 at a service center. Photo: Tesla

EVs produce high levels of emissions when produced and disposed of and coal remains the most significant power source used to create them, though that may not always be the case according to The New York Times. Additionally, the zero-emission lifespan of an EV effectively erases the greenhouse gases created upon manufacturing, as detailed in several studies in recent years.

One such lifespan study was conducted by the University of Michigan with grant money from Ford, and it showed that EV sedans and SUVs produced just 35 and 37 percent of that created by ICE vehicles, respectively. As for electric pickups, EVs created just 34 percent of the emissions that gas trucks created, from manufacturing to battery disposal.

To be sure, charging EVs currently requires us to burn fossil fuels to create the necessary electricity in most places. Out of over 3,000 different counties across the U.S., 78 had more lifespan emissions from electric sedans than from ICE vehicles, largely due to the electricity in those areas being generated by coal, according to the lead author of the study and Director of the Center for Sustainable Systems at the University of Michigan Greg Keoleian.

“In the future, B.E.V. emissions will decrease due to the retirement of coal plants and the increase in renewable energy sources,” Keoloeian said. “Our message is that we need to accelerate the transition to battery electric vehicles.”

In 2020, Director of Energy Transition Research at the Eindhover University of Technology Auke Hoekstra published a paper saying that batteries are likely to last over 500,000 kilometers (310,000 miles). Additionally, the paper showed that gas and diesel pollute even more than once thought, and that the energy required to produce EV batteries has already dropped off more than expected as renewable energy grows.

“The Ford-financed study is 100 percent correct,” Hoekstra said. “All studies agree that electric vehicles save between 50 to 70 percent CO2 equivalents and that the time needed to recoup the additional emissions caused by battery production is one to two years. The more you drive, the faster you’ll recoup.”

Furthermore, Keoleian expects battery-electric vehicle emissions to improve even more down the road — even in the U.S. countries where coal is required to generate electricity for the vehicles.

“There are no countries in the world where B.E.V.s pollute more than internal combustion vehicles,” he said. “And when it comes to the U.S., there’s no way in hell that the current electrical generating mix will remain as polluting as it is today.”

Jingle bells, jingle bells! Christmas season is officially here, and Mini UK has paired up with content creator Nicholas ‘Nico’ Martin to introduce a special ‘Festive Mini’, which Nico will be driving around as many streets as possible in his hometown to spread joy to the public, while also ...