This Elden Ring Malenia drawing is sure to make you appreciate her even more! 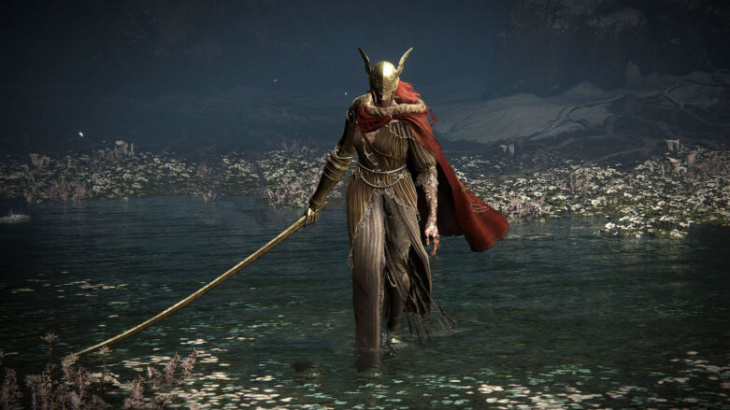 Among the many demigods players can face during their journey throughout the Lands Between in Elden Ring, Malenia, Blade of Miquella is considered one of the most challenging ones, as she offers even die-hard fans a run for their money.

With that said, this Saturday, Reddit user u/OmarvinG94 revealed, on the game’s subreddit, an amazing drawing of the character, featuring not only the fearsome demi-god but also many other characters, all drawn in extreme detail. According to the artist, they took around 75 hours to complete the piece.

You can check out u/OmarvinG94’s drawing below. A fun fact, you can spot the presence of the player Let Me Solo Her behind Malenia and below Millicent.

Drawing Malenia in my artstyle! (took about 75 hours) from Eldenring

The drawing features not only Malenia in both her battle garbs and in her Rot Goddess form, which she uses during the second phase of her boss fight, but also Let Me Solo Her and many characters directly related to the Empyrean’s lore, such as her loyal Cleanrot knights, her brother Miquella, and the NPC Millicent.

u/OmarvinG94’s work is best known among the manga and anime community as they have been producing pieces inspired by many great mangas for a while now. With that said, the artist is best known for their many Chainsaw Man and Attack on Titan fan arts. You can check out one of u/OmarvinG94’s Chainsaw Man fan-arts below, showcasing more of their style.

Drawing Power in my art style! from ChainsawMan

You can test your might against all of the dangers present in the Lands Between right now, as Elden Ring is currently available for PS4, PS5, Xbox One, Xbox Series S/X, and PC, exclusively on Steam and Nuuvem. Check out all of our guides and pieces regarding FromSoftware’s newest and highly acclaimed title in the Elden Ring section of our website.