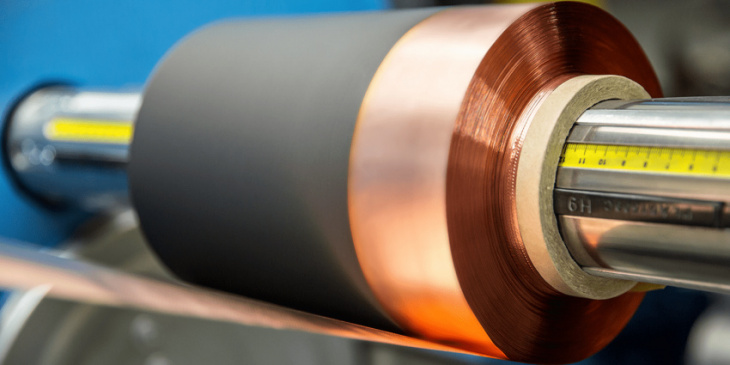 EAS, based in Nordhausen, Thuringia, specialises in large-format lithium-ion cells with innovative electrode manufacturing technology. Companies in Europe, Asia and North America in the aerospace, defence, submarine and marine sectors, and the automotive industry, are already utilising EAS cells. As for Britishvolt, the aspiring British battery maker reportedly acquired EAS from Monbat Group in May this year. Britishvolt has since reached dire straits, with recent reports predicting that the company may go into “receivership” due to a lack of funding. Whether this will affect EAS is unclear from today’s news.

As for EAS’ advances, the company has developed round cells for BMW’s ‘Neue Klasse/New Class’ with a diameter of 46 millimetres. BMW Group officially confirmed switching to this cylindrical cell format in September. The cooperation between BMW Group and EAS Batteries was to accelerate battery cell development, and it looks like EAS succeeded in giving BMW this headstart.

“EAS Batteries provided us with excellent support in the early phase of round cell development, for example, by supplying prototype cells, and significantly shortened the development time for the BMW cell,” commented Peter Lamp, BMW’s Head of Battery Cell Technology.

EAS Batteries provided both mechanical and electrochemical support to BMW, so the company, enabling BMW to pull forward decisions on the design and cell chemistry of the new cell to an earlier stage and to define the corresponding processes in a timely manner.

Michael Deutmeyer, Managing Director of EAS Batteries GmbH, pointed out one decisive feature BMW cells will incorporate: “By licensing our patented contacting technology, the ‘tab-less contacting’, we are making a decisive contribution to securing the high-current capability of the new BMW cell design”.

The German battery developer is also supporting OneD Battery Sciences based in California. The cooperation regards the development of its Sinanode active material in round cells for the automotive industry. Sinanode is OneD’s approach that has silicon nanowires fused directly onto graphite powder in the anode at the core. The company claims this offers scope for customisation in graphite (natural or synthetic) and electrode coating (wet or dry).

As for EAS, the company says it adds know-how in 46-cell design and in developing and optimising new cell chemistries. The company also supports OneD in producing prototypes to small series in line with client specifications.

Specifically, EAS produces cells for OneD in small quantities with low material costs for testing. The composition of the anode and cathode material, as well as the electrolyte additives, varies. EAS gives the example of the anode material based on silicon nanowire being tested with different silicon contents and optimised by changing the electrolyte, separator and cathode composition.

Overall, EAS and OneD want to develop a cylindrical 46900 cell “with the highest possible energy density and at the same time a long service life”. In the first completed project phase, EAS developed a round cell for OneD with a moderate silicon content, which will be increased in the following stages.