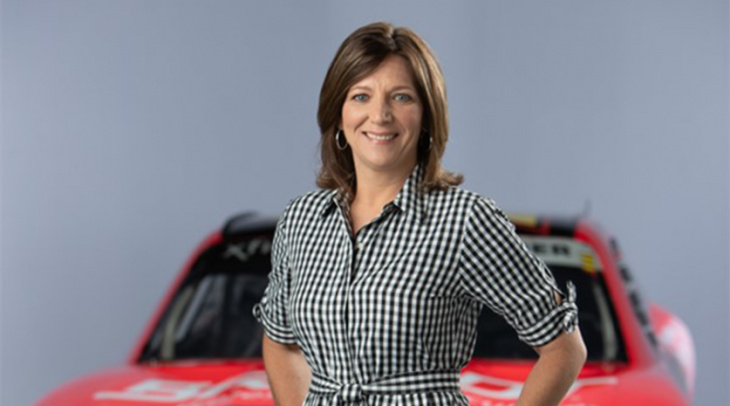 Already the backbone of the entire Dale Jr. enterprise, Earnhardt Miller has managed the career of her NASCAR Hall-of-Fame brother since 2001 and built JR Motorsports into a multi-championship-winning organization with more than 100 victories.

“Kelley is one of the most prominent businesspeople in motorsports and for good reason,” Earnhardt Jr. said. “She is a brilliant mind and proven leader. Making her CEO is long overdue, but if we are going to position our businesses to maximize their potential and equip our people with the organizational support they need to succeed, there’s no better leader than Kelley.”

Other executive changes were made at JRM, with Mike Davis named the President and Executive Producer of Dirty Mo Media. He also has become an equity partner in the company, Earnhardt Jr. announced. Davis will devote all efforts to the continued expansion of Dirty Mo Media, which he co-founded in 2013 and launched with The Dale Jr. Download podcast. Since then, Davis has built the business into an industry leader in original content and producer of television/streaming programming.

Tony Mayhoff will expand his responsibilities to lead management of the Dale Jr. brand as Vice President, Strategy and Development, for DEJ Management. In this expanded role, Mayhoff will oversee Earnhardt’s endorsement portfolio, equity partnerships, brand marketing, and public relations. Mayhoff will also assume oversight of The Dale Jr. Foundation.

On-track competition will continue to be the cornerstone of Earnhardt’s business. Longtime motorsports licenser and marketer Joe Mattes has been promoted to Senior Vice President, Business and Strategy, for JR Motorsports. Mattes has spearheaded JRM’s corporate sponsorships and licensing endeavors since 2007. Before that he helped seven-time champion Dale Earnhardt catapult the NASCAR merchandising business into a multimillion-dollar industry.

“Businesses thrive on people, and I am blessed to have some of the best working at our companies,” Earnhardt Jr. said. “It was important that we clearly defined leadership in each of these areas so that we can seize opportunities, meet challenges, and thrive in a competitive economic climate. I am proud of what we’ve built and the people we have used to build it.”