Are you ready for more “fun and sportiness”? 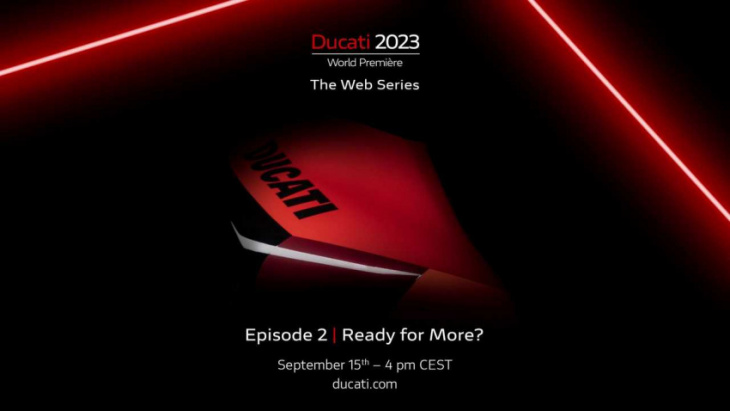 Ducati does things its own way. Whether it’s Desmodromic valves or the brand’s signature red paint, the Bologna factory isn’t afraid to stand out from the crowd. The Ducati World Première 2023 is just one more way the Italian firm celebrates its unique culture, independently rolling out new models before EICMA in November, 2022.

Ducati knows how to stoke hype as well. On September 2, 2022, the Streetfighter V4 Lamborghini broke cover. The special-edition naked bike sold out within one week, but Ducati drummed up interest well before the announcement. That strategy paid off and Ducati hopes to find similar success with its second World Première 2023 debut.

Prompting viewers with a “Ready for More?” tagline, the campaign relies on same tactic employed with the Streetfighter V4 Lamborghini teaser—dimly-lit, macro-photography. With the Streetfighter, Ducati threw off computer chair sleuths by featuring the model’s lower plastic fairing. The same approach applies to the second unveiling, with a Ducati-badged bodywork panel providing the only hints.

Is it a gas tank? Is it a tail unit? Only Ducati knows for sure, but we sure have a theory. 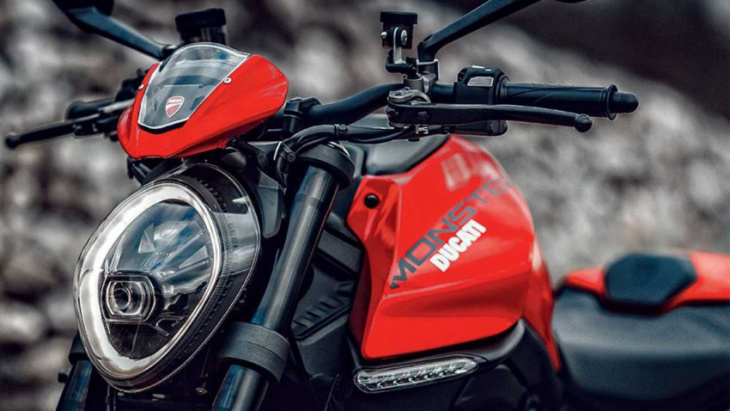 Within the press release, the manufacturer announces that it will “present a new model that focuses on the concepts of fun and sportiness.” When Ducati introduced the all-new 2021 Monster, it paired the middleweight naked’s arrival with a “Just Fun” marketing line.

In addition to the Monster’s positioning, recently filed Australian certifications fueled rumors of an upcoming Monster SP variant. Unfortunately, the documents didn’t reveal any concrete technical specifications, but given Ducati’s nomenclature, an SP-spec Monster would add an extra dose of performance to the platform.

Looking at the brand’s other SP models, we would expect Monster to gain upgraded suspenders, brakes, and lightweight wheels. Of course, this is all conjecture at this point in time, but those preparations would certainly satisfy the “sportiness” noted in the press release. We’ll have to wait for Ducati to unveil its new World Première model on September 15, 2023, before we know for sure. Luckily, we won’t have to wait long.