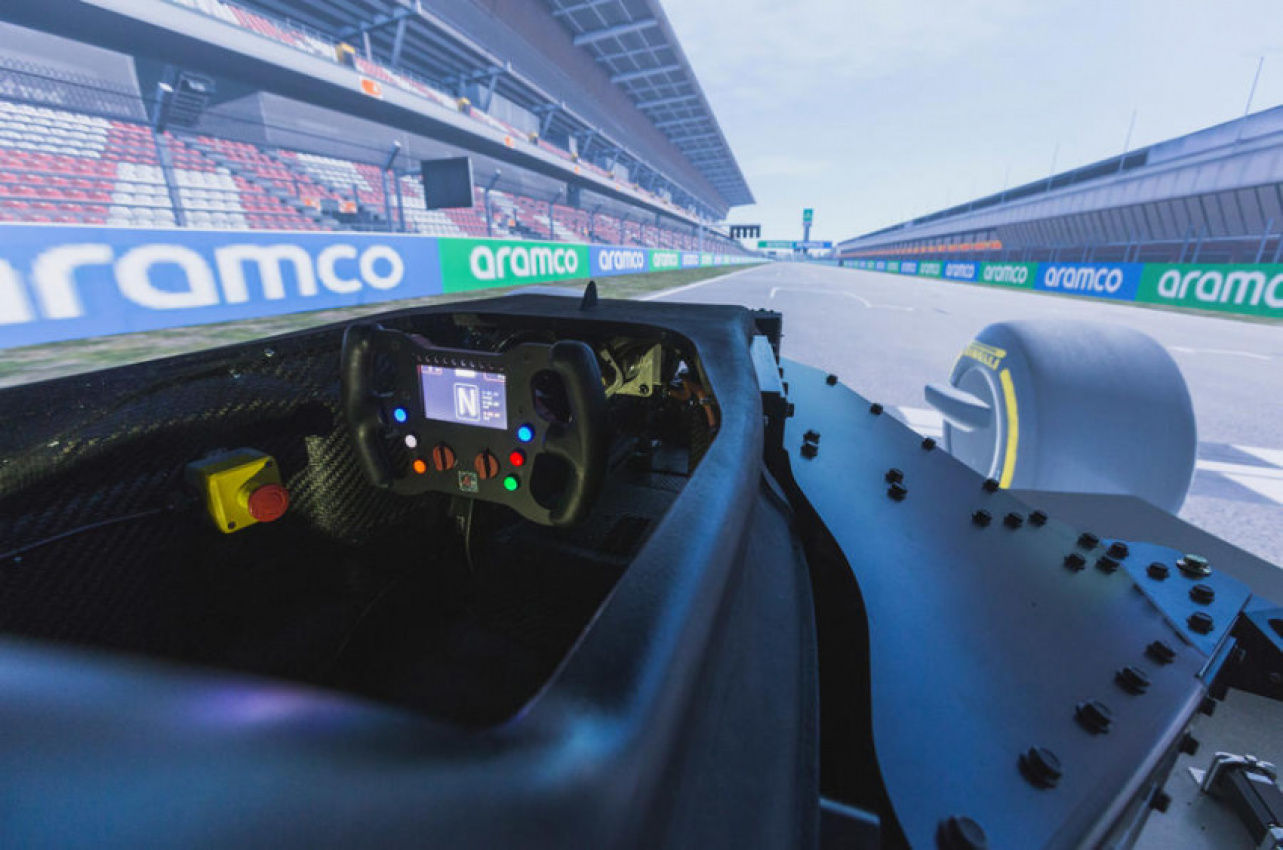 Driving and racing sims are increasingly crucial in the car world. We try the latest and greatest.

I don’t tend to feel queasy in car simulators, but within a few seconds of sitting in one at sim company Dynisma’s headquarters in the UK, I’m going a bit green.

It isn’t the sim’s fault. It hasn’t even been started up yet, so it isn’t moving. Actually, that’s the problem. On the big screen in front of me, the car I’m simulated to be sitting inside is gently rolling down a pit straight, so my eyes are telling me one thing and my backside quite another. I shut my eyes until the technicians actually boot up the system. Problem solved. 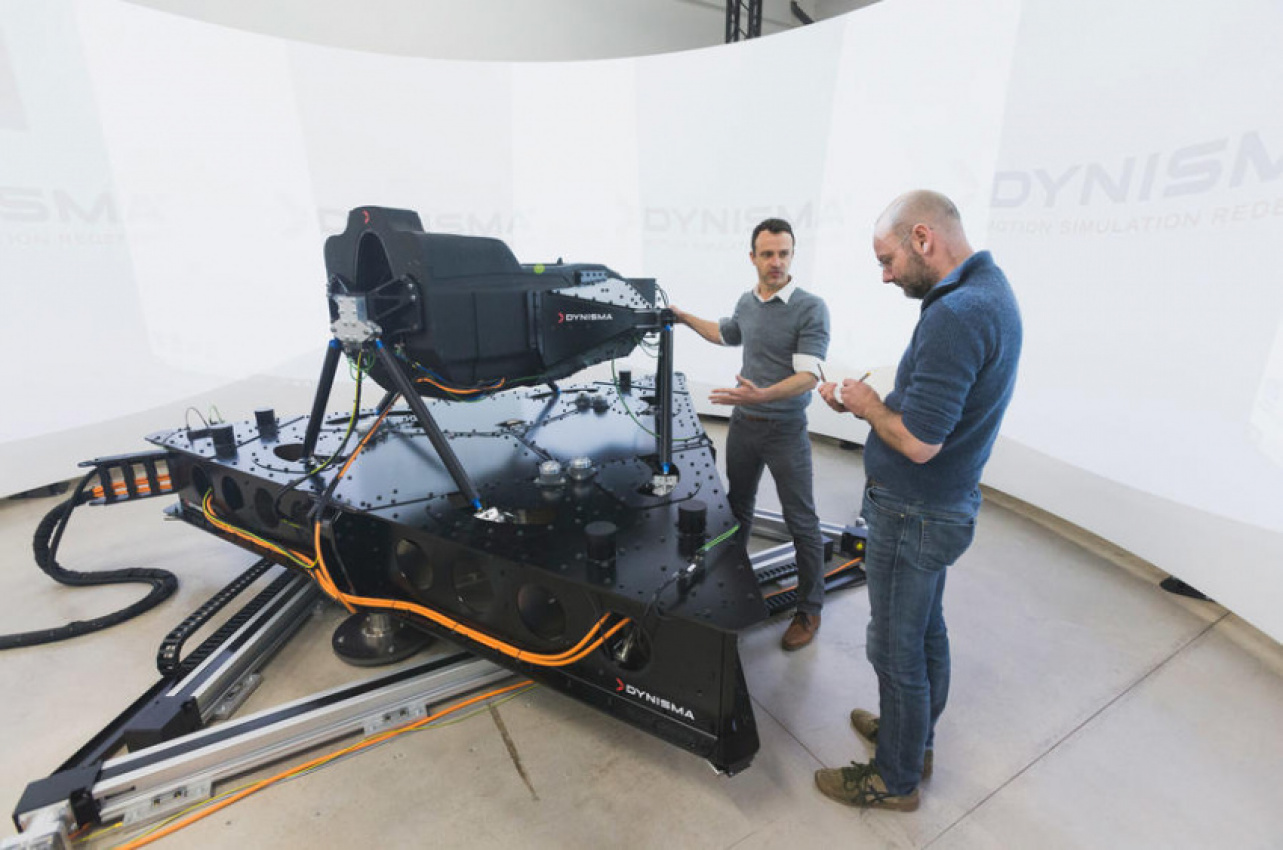 In part, the relationship between eyes and body is what’s key to making a simulator feel natural to the people sitting inside it. And that’s one of the reasons why I’m visiting Dynisma, founded in 2017 by former McLaren and Ferrari Formula 1 engineer and simulator expert Ashley Warne – to try one of its Dynisma Motion Generator (DMG) systems.

I think it’s a bit easy to overlook simulators. Certainly, elements of the automotive industry did for a while. A very senior dynamics engineer I know is only recently a convert to how useful they can be.

They can shave millions of pounds and thousands of hours from the development of a single car and, if used right, allow companies to develop better cars. Plus they reduce the number of physical prototypes: the industry in general spends £7 billion (AUD$12.5bn) a year on those. If it can build fewer, it will save money.

McLaren was into simulators early. I tried one in 2011, when it was developing the MP4-12C. Warne ran McLaren’s simulator programme, then did similar for Ferrari. 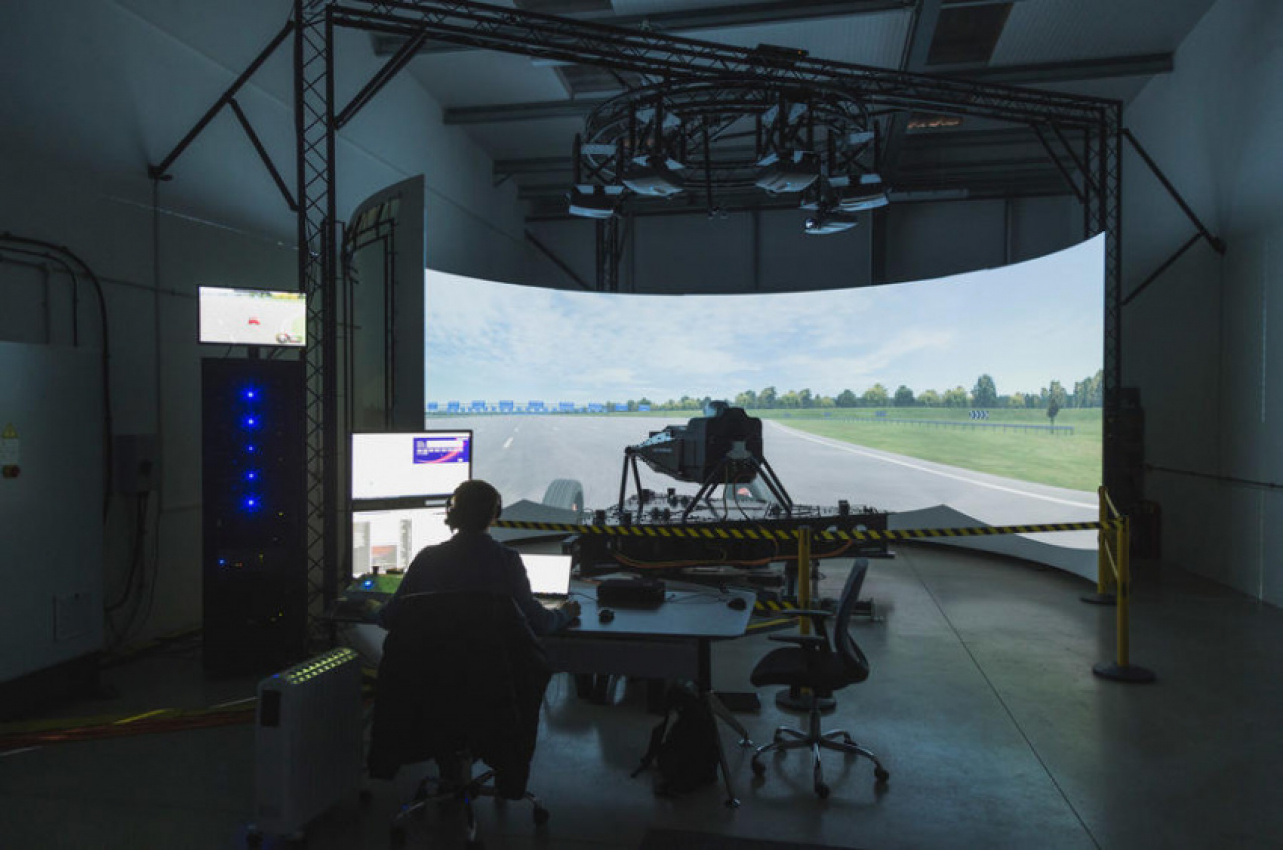 Appropriately, then, the Scuderia became Warne’s landmark client last summer, when it installed a DMG simulator and told the world about it. And if Ferrari is making a song and dance about somebody else’s product, it’s probably one worth something.

Actually, there are two big reasons why it picked a Dynisma system: its latency and its bandwidth. Latency you want small; bandwidth you want large.

To latency first, then. This is basically the time difference between something happening and the driver being told something is happening, so the shorter the better. Early hexapod systems – six rams to allow all degrees of freedom – had a latency of up to 50 milliseconds, which doesn’t sound like much but is quite a lot if somebody’s reaction time is 100ms. “If you’re increasing reaction time by 50 per cent, it’s a pointless exercise,” says Warne.

Rams have given way to servo motors and carbonfibre mechanisms these days, and the way Dynisma has configured them means the latency is as low as 3-5ms. “If a musician is listening to a delay of less than 10ms, they don’t feel it,” says Warne.

So you’re basically feeling things as they happen. (It’s also in part this delay – your body feeling what your eyes think you shouldn’t be – that gives people simulator sickness. I don’t get a hint of it in the DMG system.) 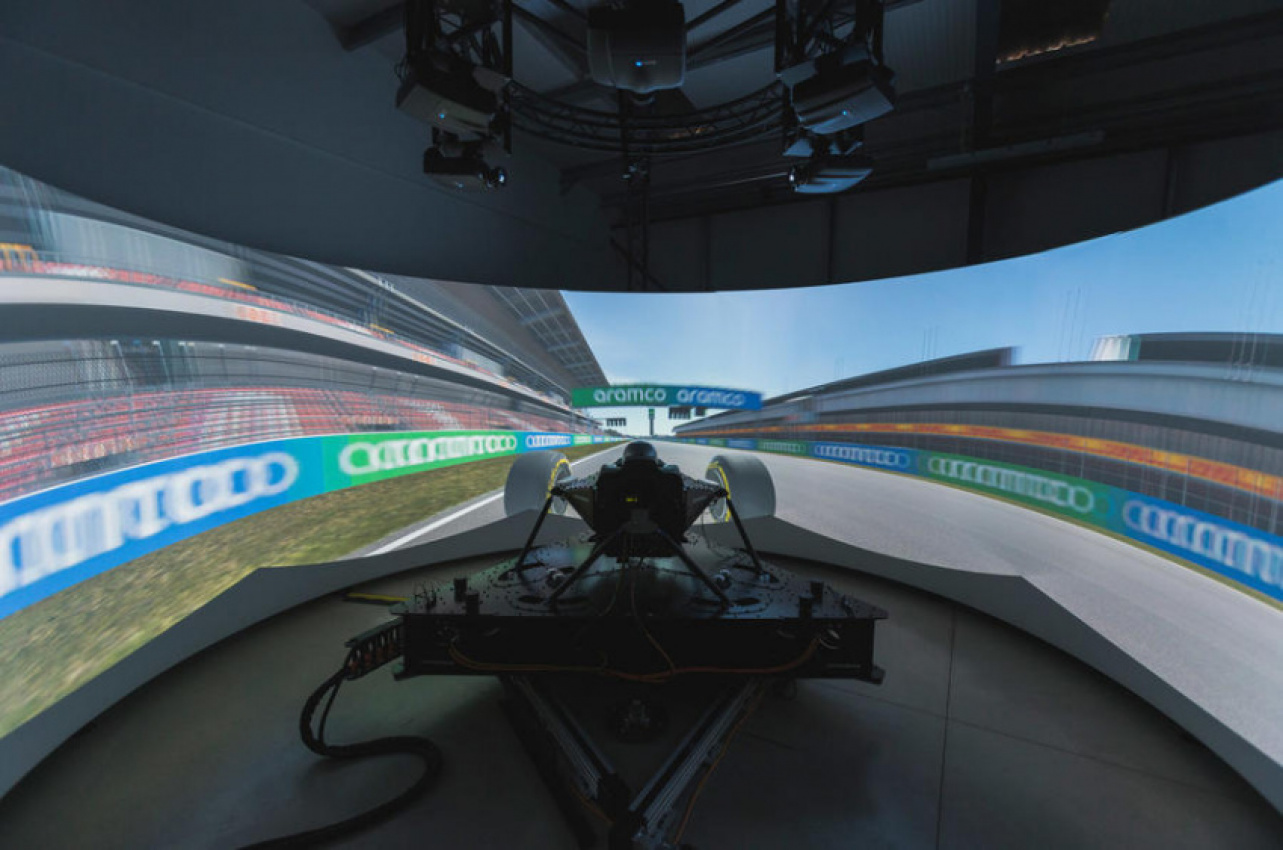 Bandwidth is the other major factor, measured in hertz. Aeroplane simulators, from which the first car simulators developed, didn’t need that: if you’re experiencing very high frequency inputs in a plane, you’re probably having a bad time of things.

But “for ride inputs, bumps, rumble strips, sawtooth kerbs, a cat’s eye, a sharp edge,” explains Warne, “you need a high bandwidth platform or they all become like a sleeping policeman.”

You need, basically, something that can vibrate you at high frequencies and, just as importantly, with as little friction as possible and no springing back or recoil when it stops, so that it’s all as accurate and feels as close to the real thing as possible.

The stiffness of the drive mechanism, the friction in the motors and even the weight of the base all matter, and the DMG system gives a bandwidth here of up to 100Hz – claimed to be 50 per cent better than competitors.

Why does it matter that much? I strap in to find out, which is when my greenness kicks in. Once the system is running, it kicks out again. I drive a few race tracks and it’s as immersive a system as I’ve ever felt.

The lower the latency, the quicker you know about handling changes. Sharp inputs from kerbs or snapping into oversteer feel wickedly sharp to me.

But what marks this system out as special is more prosaic: cruising down a simulated test track with no lateral forces and running over small surface imperfections.

There are 5mm steps in the asphalt, noises thudded gently into the headset and which I feel through the seat as I drive up them and then down them, the car pitching gently.

Luc Lacey, photographing, can’t even see the rig moving, to the extent that an engineer comes over the headset to ask me if it’s actually working. It is.

I’ve become used to cars riding less comfortably over the years – a trend that only recently seems to have been reversed. Now “every automotive company wants to improve ride quality”, says Warne. “Our emphasis is on eliminating friction, which facilitates the ride simulation. Car companies would like to do more ride simulation; they won’t have to build a [prototype] car, but basically the technology hasn’t existed to do it.”

Now it does. And if me feeling uncomfortable for seconds means I will have years’ more comfort behind real wheels, it will be worth it.

The origin of car simulators

In an abandoned wartime airfield in the UK, there are a group of derelict buildings: quarters, offices, shelters and a curious square building with some small rooms and one great big one, not really wide enough and too tall to be a vehicle garage.

It housed a Link Trainer – the world’s first flight simulator, which pitched and yawed on hydraulics and with instruments that also responded to teach pilots how to fly using just instruments in poor conditions. It was so widely used that at one point, Link was making one every 45 minutes.

The sim business started there, and pilots still learn to fly using instruments on hydraulic sims today. The automotive application was originally a branch of it.

But while you can pitch somebody sideways on hydraulic rams and it feels convincingly like they’re pitched over in an aircraft, the same isn’t true for cars. They need higher-frequency inputs, so things have moved on, to specially designed motion systems using servo motors.

Simulating sustained high g-forces is an issue. It can be done with tightening seatbelts or even a g-seat, although this is more for immersion rather than strict simulation. It might help a gamer or racer feel more involved but can eventually just be a distraction to an engineer.