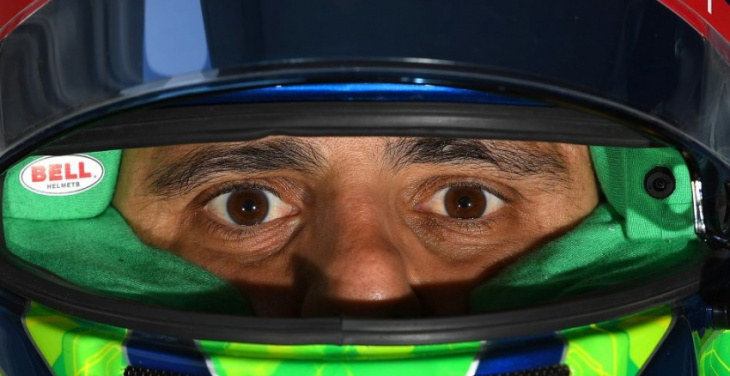 Supercars has announced the introduction of the ‘Driver’s Eye’ helmet camera system to its television broadcasts from 2023.

The technology will allow viewers to essentially see the race as though they were behind the wheel, thanks to a micro camera fitted to the inside of driver helmets.

According to Racing Force Group, which has patented the technology through subsidiary Zeronoise, it is the only FIA-homologated micro camera which may be fitted to helmets.

It is furthermore claimed to be the smallest camera in the world for live broadcasting, with the latest version measuring 9×9 mm and weighing 1.43 grams.

Driver’s Eye is already used in Formula 1, making its debut in races this year after a trial in practice in 2021, and its rollout in Supercars will coincide with the start of the touring car category’s Gen3 era.

David Tunnicliffe, Supercars Head of Broadcast, said, “Driver’s Eye is going to provide fans with a new perspective from inside the helmet in live race conditions, showing the skill it takes to drive a Supercar on some of the toughest circuits in the world.

“The camera will be positioned at eye-level on the protective padding on the inside lining of the helmet, transmitting live footage from behind the visor directly to television screens.

“Driver’s Eye adds a unique dimension to the viewing experience and the innovative camera technology immerses fans in wheel-to-wheel racing.

“We look forward to showing off our Gen3 Camaros and Mustangs from a completely new perspective to audiences around the world from 2023.”

Upon the announcement of the multi-year agreement between Supercars and Racing Force, the latter’s COO, Alexandros Miotto Haristos, said, “The Repco Supercars Championship is yet another top motorsport series to adopt the Driver’s Eye technology to enrich the show with its spectacular immersive experience.

“We are delighted to strengthen our presence in the Australian series, where our brands of OMP and Bell Helmets already have a very significant presence, having been alongside all Supercars champions in the last six years.

“This agreement is an important milestone for the Driver’s Eye technology that signs its rapid expansion across the world of car racing and soon also in other disciplines.”

Shane van Gisbergen. Image: Ross Gibb Photography The best good news story in Supercars is also the biggest secret! Why? The future of motorsports in this country depends on getting the story out there. Sustainability. A word we hear every day and inevitably it impacts on all aspects of ...

Four seats and a V12? This car is pretty controversial. When you think of Lamborghini, what exactly comes to mind? Is it the speed, agility, or possibly even the competitive aspect of the brand? Whatever the reason, millions of car guys love the Lamborghini auto company which is exactly ...

The most adventurous Porsche 911 drivers will soon be able to blend performance and off-road ability in the new 911 Dakar. In 2002, Porsche launched the first-generation Cayenne SUV – a landmark moment for the Stuttgart sports car maker that transformed the brand’s fortunes, returning huge profits. Purists were critical, ...

Do you really care how fast your car is around Germany’s Nurburgring circuit? The Mercedes-AMG One hypercar reclaimed the Nurburgring Nordschleife lap record for production cars recently, lapping the 20km German circuit in 6:35.183 minutes. It allowed Mercedes-AMG and its Formula One-derived road-legal supercar to wrestle the title back ...


View more: Hypercars are too hyper: Why the constant quest for faster supercars is ultimately pointless | Opinion

Cameron Hill Matt Stone Racing has locked in its regular driving roster for the 2023 Repco Supercars Championship with the signing of Cameron Hill. The Canberran joins Jack Le Brocq in the Truck Assist Racing squad as a replacement for Todd Hazelwood, who is on his way to the ...

Why attracting new Supercar brands is a pipe dream: Opinion

BRT in the hunt for 26th Supercars entry

Which Supercar Can Go the Farthest Between Fill-Ups?

Van Gisbergen not ready to commit to Supercars future

Supercars will work with ‘any manufacturer’ in Gen3