Drifting in Your Dreams? Here Are 5 Affordable Cars to Get Into Drifting

Drifting is potentially the most rapidly growing motorsport out there. Who doesn’t love the thrill of doing a few donuts in a parking lot somewhere? If you’re looking to take your sideways driving to the next level, get out to events, and learn to drift for real, here are five excellent starter car options that don’t surpass $10,000. 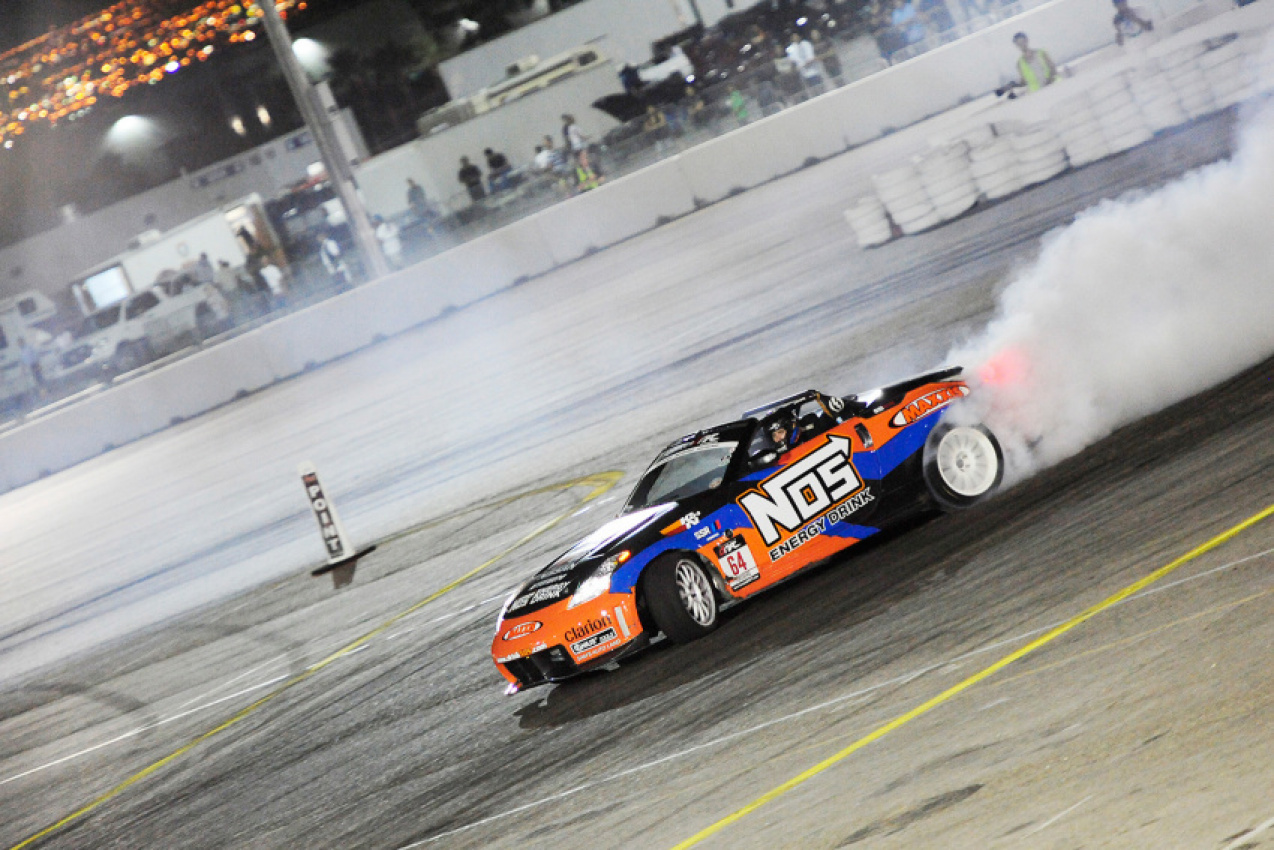 Thanks to its already sporty-driving optimized engineering, the Nissan 350Z is a perfect start for drifting. Couple that with the virtually endless supply of aftermarket parts catered specifically to drifting the 350Z, you can’t go wrong here. Whether you’re looking to add more steering angle, a hydraulic handbrake, or a relatively inexpensive coilover suspension, the 350Z has virtually endless options available.

Furthermore, the 350z is a great starting point because of its light weight combined with substantial power output. With between 287 and 306 horsepower depending on the model year, the 350Z offers more than enough power to learn and grow with.

Though prices on virtually all sports cars are on the rise, the 350Z still falls into a relatively affordable range. When shopping for a relatively nice example, buyers can expect to be in the $10,000 range. However, there is no shortage of less-than-perfect examples for well under that price point that serves as the perfect starting point for drifting. After all, accidents do happen. You don’t want to start with a nice car!

While most people wouldn’t think to turn to a luxury brand to start drifting, there’s a fantastic reason they should. The Infiniti G35 is effectively the same car as a Nissan 350Z. The chassis is very similar, and virtually all of the crucial parts for drifting cross over. So, any aftermarket upgrades available for the 350Z will also fit on a G35 without doing too much modification, if any.

The similarities cross over under the hood, too, as the G35 and 350Z share the same engine and transmission offerings. So, any engine performance parts from a 350Z also fit a G35.

The G35, in general, is a fair bit cheaper than a 350Z of similar condition. Furthermore, the G35 is available in sedan form with a manual transmission. Who doesn’t want to go drifting in a big four-door sedan?

I almost ended up putting the Fox Body Mustang through my living room drifting my driveway when I went full hot rod, but I managed to save it!! #NittoTires #CrushQuarantine pic.twitter.com/txj24dbfpY

While most first think of drag racing when it comes to an affordable Ford Mustang, they actually do quite well in drifting with some modifications. Simple upgrades like a welded differential or a limited-slip differential, coillover suspension, and a bit of added steering angle make the Mustang an excellent choice for drifting.

Furthermore, having the low-end torque band of a V8 engine makes keeping the tires spinning and getting them moving once they’ve stopped a breeze. Though older Mustangs may not make as much power as a 350Z, they’re more than enough to drift with. Furthermore, there are a nearly endless number of manual Ford Mustangs available for less than $10,000. 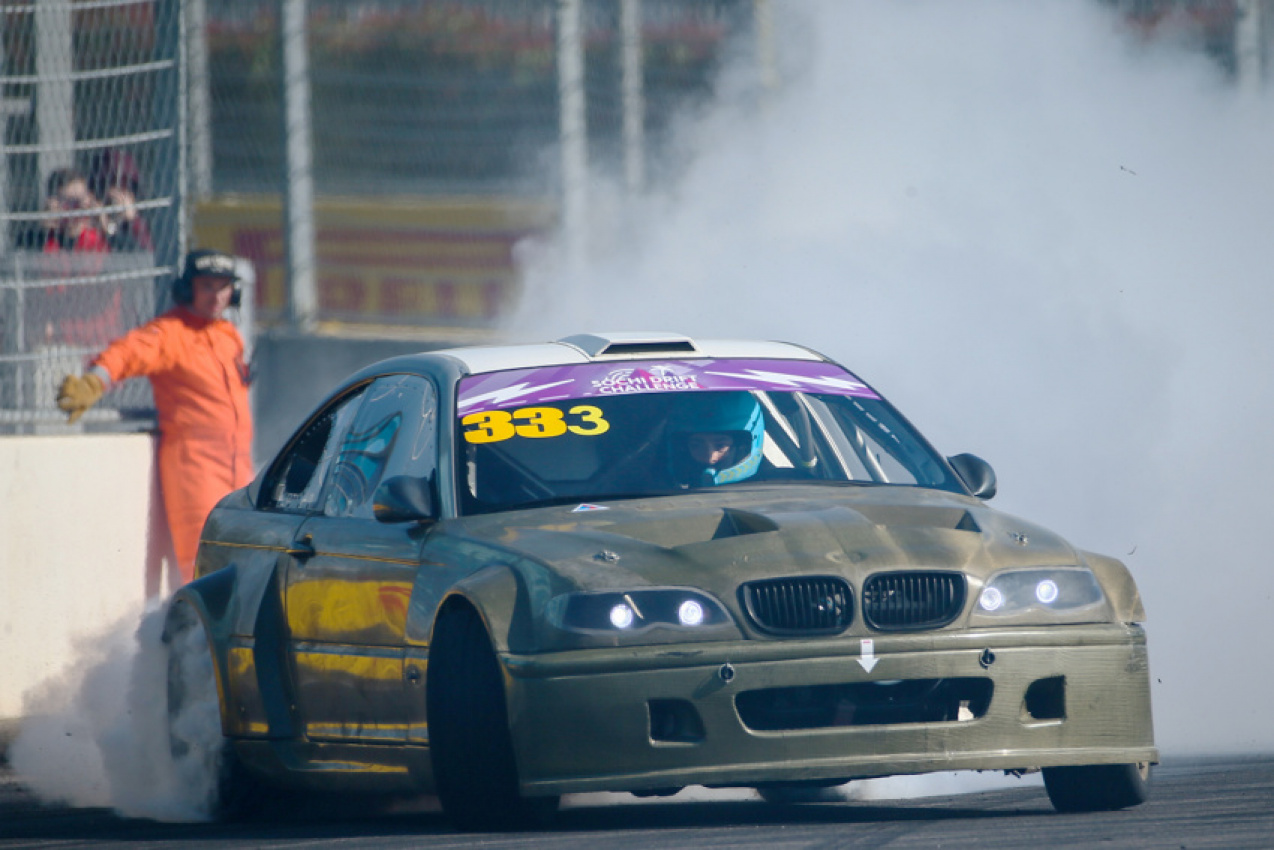 The BMW 3 Series lineup from the 90s to early 2000s offers a well-balanced chassis known for its quality handling, a torquey inline six-cylinder engine, and a stout and trustworthy manual transmission. Like the 350Z, they are very prominent in the drifting community, and there’s a sea of aftermarket parts available.

Most importantly, though, the BMW 3 Series is perhaps the most affordable chassis to start drifting anymore. Lower-end models like the 325i can often be found under $5,000. 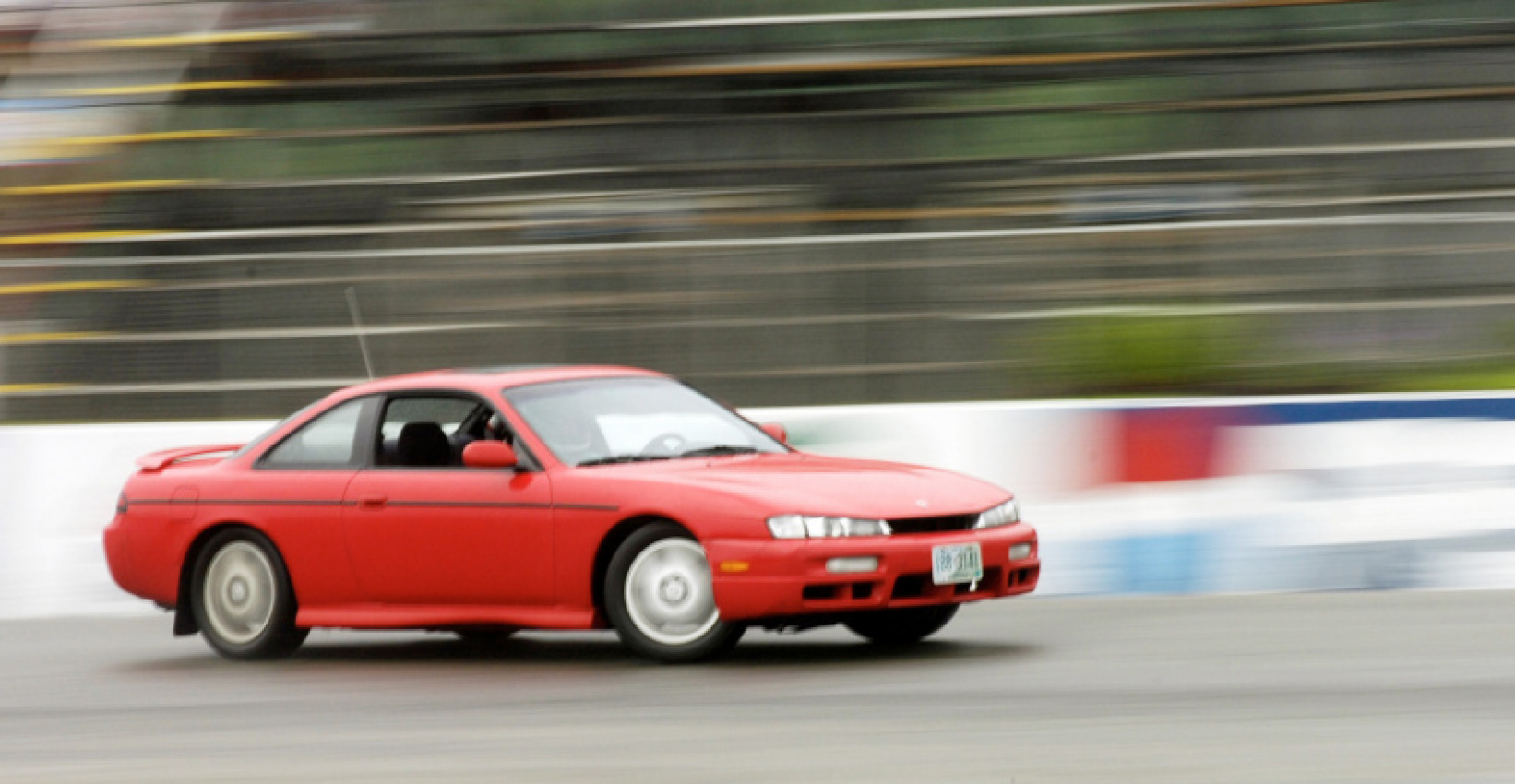 The Nissan 240SX is a staple of the drifting world for a good reason. If you asked any professional Formula Drift driver what car they started with, the vast majority of them would tell you that it was a Nissan 240SX (or Silvia, which is the same car).

Though they aren’t as affordable as they once were, there is no doubt the Nissan 240SX is one of the most prominent cars in drifting and likely has the largest supply of aftermarket parts to support the hobby. Furthermore, though the four-cylinder engine they come with offers a minuscule amount of power, there are kits to swap just about any engine one could imagine into a Nissan 240SX.

Don’t shop for a nice car when shopping for drifting

Ultimately, any of the above vehicles make a fantastic starting point for those who aspire to get into drifting. However, it’s worth reiterating that starting drifters should not be looking for a nice example. In fact, quite frankly, you’ll want to do the opposite.

Look for a running and driving example of one of the above cars. So long as it is in good running condition and free from any major mechanical issues, go with it regardless of cosmetics. There is a very high chance you’ll cause some damage during the learning curve of drifting, so there’s no reason to be worried about how it looks initially.

Keyword: Drifting in Your Dreams? Here Are 5 Affordable Cars to Get Into Drifting

Can you tow with a Ford EcoSport?

Ford Spills The Secrets To The Next-Gen Ranger Raptor's Design

KUALA LUMPUR: The next generation Ford Everest has been launched here, with prices starting from RM263,888 (excluding insurance) all the way to RM308,888 to tempt buyers with three versions called Sport, Trend, and Titanium. Featuring a single turbo 2.0-litre diesel engine, the Sport, as the entry level model of ...

Two months after the debut of the all-new 2022 Ranger, Sime Darby Auto Connexion (SDAC) has now unveiled its SUV brother, the Ford Everest, here in Malaysia. The seven-seater SUV will be offered in three variants: 2WD Sport, 4WD Trend, and 4WD Titanium, starting at a price of RM263,888. ...

Following the launch of the all-new in July, local distributor Sime Darby Auto Connexion (SDAC) has now upped the ante with the official introduction of the all-new 7-seater 2022 SUV. First unveiled in March, the 2022 Everest is offered in 3 variants across 2 powertrains at the following prices: ...

Sime Darby Auto Connexion, the authorized distributor of Ford vehicles in Malaysia today announced the introduction of the third generation Ford Everest, an SUV based on the all-new Ford Ranger. Surprisingly, the new Ford Everest is offered in three variations, a 2WD Sport, 4WD Trend and top-of-the-line 4WD Titanium. Unlike ...


View more: Does the 2024 Ford Mustang Really Look Like a Chevy Camaro?


View more: What Are the dimensions of a 2023 Ford Bronco Sport?

Will the Shelby GT500 be revived once again? Ford has been getting a lot of press recently over the unveiling of their new Mustang but fans of the brand have been wondering about the performance models that will be available to the public. Sure they unveiled the gt3 and ...

The 5 Best Affordable American Sedans (of the Last Five Years)

The 2023 Ford Maverick Tremor Is Weak in 1 Crucial Area

Ford ‘Megazilla’ What Is It?