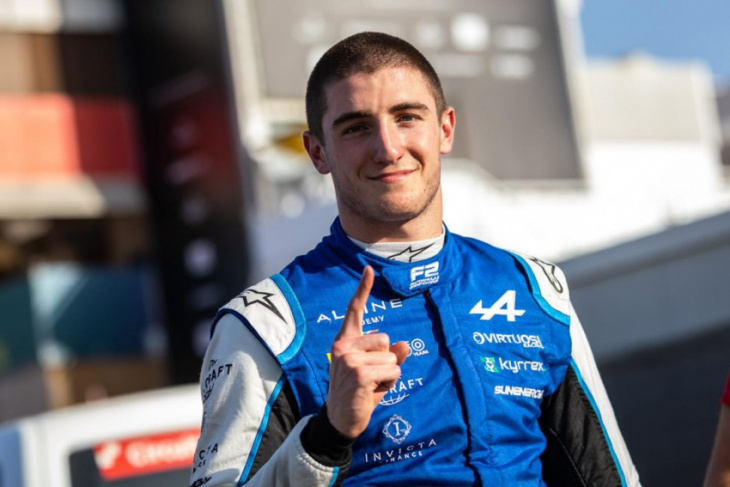 Jack Doohan said the idea of competing in a Formula 1 practice session for Alpine is “amazing” but remains focused on his job in Formula 2.

The Australian is currently the leading figure within the Alpine Academy behind Oscar Piastri, who looks set to depart the organisation.

Piastri currently works as the team’s reserve driver, which this weekend sees him performing simulator duties back at its Enstone base.

However, it remains unclear whether he has a future with the team beyond the end of 2022.

It’s understood the 21-year-old has signed a contract to race for McLaren next season.

That has not been officially announced or acknowledged beyond Piastri’s assertion on social media that he would not drive for Alpine in 2023.

The validity of the McLaren contract is set to be tested at a meeting of the Contract Recognition Board on Monday.

There, a decision on which whether Alpine or McLaren holds a valid contract over Piastri’s services for next year will be made.

Should that see the Melburnian leave Alpine, it’s possible Doohan could step into the reserve driver role moving forward.

That could also extend to Free Practice 1 outings this season.

Teams are required by the rules to twice field a driver in the opening 60-minute session who has started less than two grands prix.

For the moment, that opportunity would fall to Piastri, though that could change pending the outcome of Monday’s CRB meeting.

“I don’t really know what’s going on,” Doohan said when asked by Speedcafe.com about the impact the current situation had on his position within the team.

“I know a lot is going on, but it’s really none of my business. I am focusing on my campaign ahead and currently, that’s Formula 2.

“If the opportunity arises to do a few FP1s for the remainder of the season, that would be amazing,” Doohan added of a possible F1 outing with Alpine.

“But I have quite a job to do for the rest of the season, to ensure that I can finish as high up in this [Formula 2] championship as I can, and then I’ll worry about that [F1] when it comes.”

Doohan finished second in the Formula 2 Sprint race in Belgium and will line up fourth for Sunday’s Feature.

That is set to get underway in Spa-Francorchamps at 18:20 AEST this evening.