No name is more synonymous with hybrid drivetrains than Toyota. The Toyota Prius put hybrids on the map, and now Toyota offers a hybrid option in every SUV class. What fewer folks know is that Toyota offers a hybrid pickup truck. And it’s not the midsize Tacoma pickup that you might expect, it’s a hybrid version of Toyota’s full-size Tundra truck.

What does a hybrid truck mean?

A hybrid vehicle uses two forms of power, usually a small gasoline motor and an electric motor. A full hybrid truck has an electric motor sandwiched between a gasoline engine and the transmission, which is powerful enough to launch the truck from a standstill. 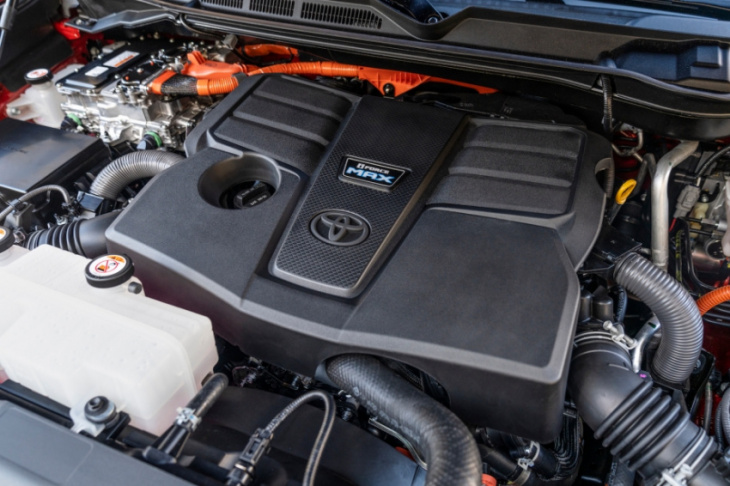 When you tap the brakes in your hybrid truck, its electric motor turns into a generator. It creates enough drag to help the vehicle slow down while charging its batteries. Then when you touch the gas, this electric motor propels the truck up to a certain speed (this speed depends on the motor and battery size) before the gasoline engine must fire up. Hybrids are especially efficient if you do much stop/go driving.

Different types of hybrids are classified by the placement and size of their electric motor. For example, Ram’s “mild hybrid” eTorque drivetrain combines the starter and alternator into a single unit on the gasoline engine’s serpentine belt. The eTorque system is capable of regenerative braking, but it does less of it than full hybrid systems.

Does Toyota have a hybrid truck?

Yes. Toyota began offering its full gasoline/electric hybrid i-FORCE MAX drivetrain in its Tundra pickup truck halfway through the 2022 model year. The company does not offer a hybrid Tacoma yet, though it is likely we’ll see this option with the mid-size pickup’s 2024 redesign. 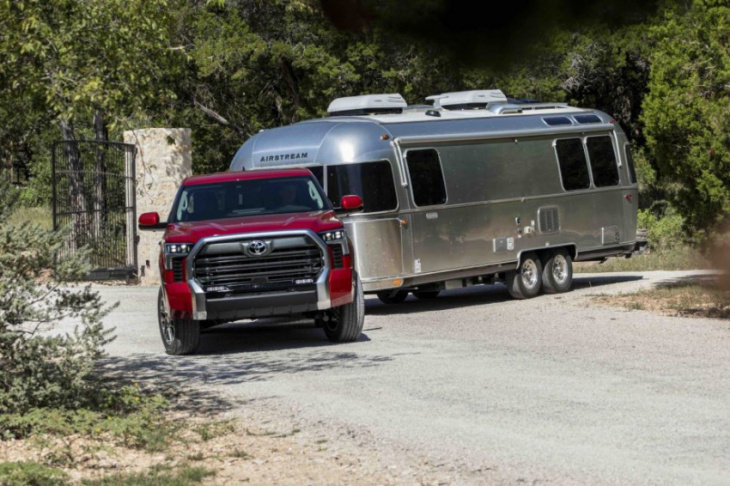 For the Tundra’s third generation, Toyota made the controversial choice to toss the old naturally-aspirated engine. The 2022 Tundra’s base engine is a 3.4-liter twin-turbocharged V6 matched with a new 10-speed automatic transmission.

The i-FORCE MAX hybrid powertrain is actually the top trim engine of the new Tundra pickup truck. It makes 437 horsepower and 583 lb-ft of torque. The EPA gave it a maximum rating of 20 city/24 highway mpg (22 combined)–according to Toyota.

But the hybrid Toyota pickup truck drivetrain adds an extra $3,400 to the 2022 Tundra’s price tag. And Toyota is not even offering it on base trim levels. Therefore, the cheapest hybrid Tundra costs $53,000.

What trucks come in hybrids?

The Toyota Tundra i-FORCE MAX and Ford F-150 PowerBoost are the only hybrid full-size pickup trucks available now. Ram offers a mild-hybrid system called eTorque at no extra cost. If you want a General Motors full-size hybrid truck, you’ll have to hunt down a rare used one. 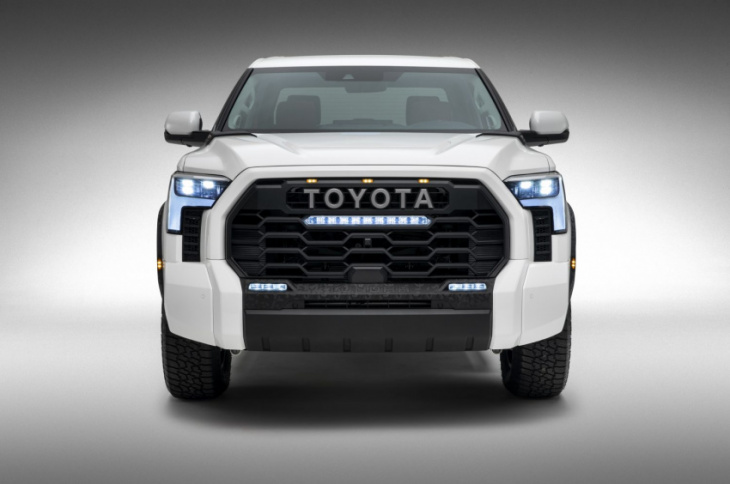 Beginning in 2009 and ending in 2013, General Motors built a hybrid drivetrain. It includes a 6.0-liter V8 and CVT transmission with an integrated electric motor. Reviewers found it didn’t have enough acceleration for most truck buyers, but GM offered it in several trucks targeted at fleet buyers.

Ford debuted its F-150 PowerBoost the year before the Toyota hybrid pickup truck. The two drivetrains are very similar, with Ford’s built around its 3.5-liter EcoBoost twin-turbocharged V6 and ten-speed automatic. But they do have a few key differences. Next, read about how Toyota’s i-FORCE MAX stacks up to Ford’s PowerBoost or watch a review of the hybrid Toyota pickup in the video below:

Photo: Toyota Connected services in cars and via mobile apps are rapidly spreading across the auto industry. Many customers love them—until the free trials end and they have to start paying monthly fees to keep using these services. Good news if you plan to buy a new Toyota or ...

Why does the Wards award matter? The Tundra is now the most-powerful Toyota The i-FORCE MAX could be in more vehicles What other engines did Wards recognize? Truck motors are not efficient. They are, though, powerful and stout, and truck buyers like tried-and-true versions of engines they know because ...

Why is the Toyota RAV4 Hybrid so popular? Do you really save money with a hybrid? Does a RAV4 Hybrid need to be plugged in? What is better, a hybrid or plug-in hybrid? Toyota is no stranger to hybrid technology. The Japanese automaker has been dabbling in hybrid tech ...


View more: Why Is the Toyota RAV4 Hybrid so Popular?

A fitting send-off for the iconic off-roader

Electric vehicle market growth across the globe Toyota ranks last in decarbonization efforts Toyota sticking to its hybrid strategy despite calls for EVs Electrek’s Take It looks like Toyota is still not getting the message: people want electric vehicles, not hybrids. Despite all the evidence pointing to the inevitable ...

Akio Toyoda spoke to reporters on Thursday. YOSHIKAZU TSUNO / Contributor/ Getty Toyota’s president said he celebrated when the automaker topped the US sales list in 2021. “I actually did a little happy dance in my office,” Akio Toyoda told dealers, per Reuters.  Supply shortages are starting to bite, ...


View more: Toyota's president said he 'did a little happy dance' after the company dethroned GM to become the bestselling carmaker in the US last year