One covered over 100,000 miles, more than three times the mileage of the other. 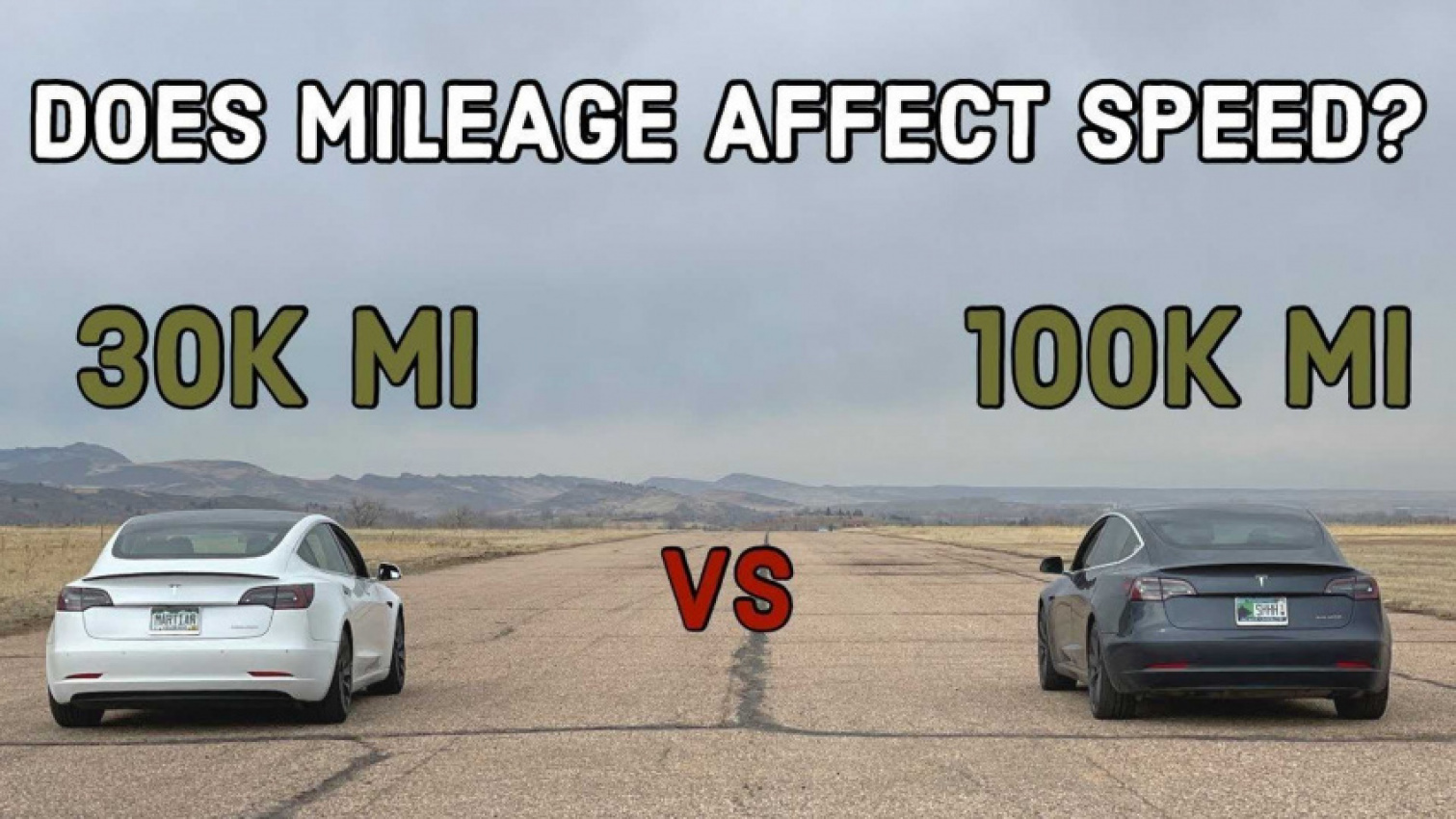 The amazing acceleration of electric vehicles is always an interesting topic. As EVs age,  and accumulate miles and fast charging cycles, the question is whether the performance noticeably decreases?

Out of Spec Reviews recently had an opportunity to check out two Tesla Model 3 Performance cars, including one that belongs to our colleague Kyle Conner.

According to the initial tests in the video, a surprising answer is that there was almost no difference in acceleration. The two cars were very similar when driving from 0 to about 120 mph and later from 30 mph in a roll race.

That’s unexpected, as Kyle Conner estimated that his car already noted some 10% battery capacity and range degradation. He was ready to see some noticeable power decrease as well.

However, with more and more races, it turned out that the white car (30,000 miles) became quicker than the grey one.

It might be the case that the older battery is not able to maintain power surges as well as the less used one. Of course, the test is not scientific, and the cars differ a bit, Tesla applies changes to new versions even within a single year, and there are various other factors.

The good news is that even the car with high mileage can quite consistently accelerate basically like a newer one.

Hopefully, we will see more such tests because many potential customers are looking for used electric cars and would like to know what to expect.