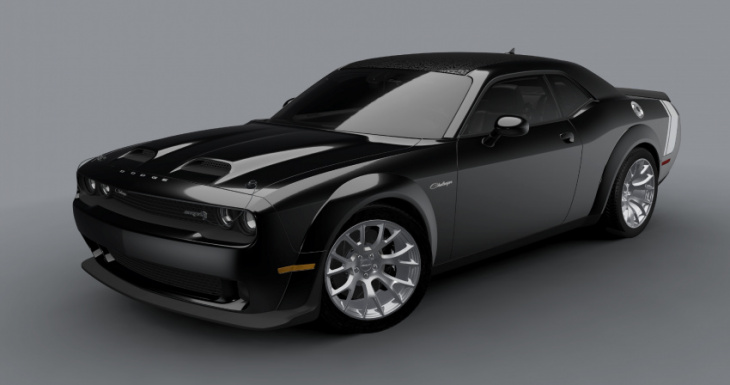 Continuing its streak of reveals, Dodge is showcasing the Challenger “Black Ghost,” the sixth out of seventh “Last Call” models to be introduced for the Challenger’s (and Charger’s) twilight year.

The 2023 Challenger Black Ghost pays homage to a similarly named model of Woodward Avenue legend. Owned by Godfrey Qualls, the original Black Ghost was a 1970 Challenger RT SE powered by a 426 HEMI. It went on to earn a spot in the National Historic Vehicle Register in 2020, and remains in the Qualls family. 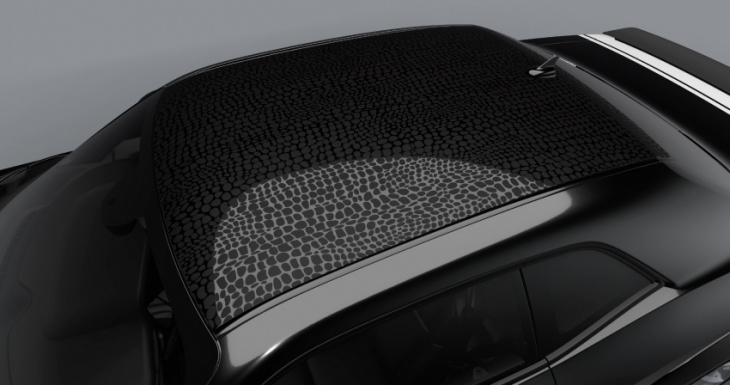 The OG famously flexed its muscle before driving off into the night, gone without a trace; the new one should be equally stealthy thanks to the black and chrome appearance dressing the SRT Hellcat Redeye Widebody. Under the hood is something less inconspicuous; the Hellcat Redeye’s supercharged 6.2-liter V8 beefed up to 807 horsepower.

Some of the more standout appearance features include the bright Dodge badging upfront and the “gator skin” roof vinyl. Less noticeable is the Midnight Metallic SRT grille badge, black MOPAR hood pins and six-piston Brembo brakes. The undercover interior is wrapped in a mix of Alcantara and leather, broken up by the red SRT logo on the wheel and carbon fiber bezels.

The sad news is that only 300 of these will be made, allocated to specific dealerships. As with all “Last Call” models, pricing and ordering details will be shared once ordering opens later this fall.

But it looks like it may get a manual transmission.