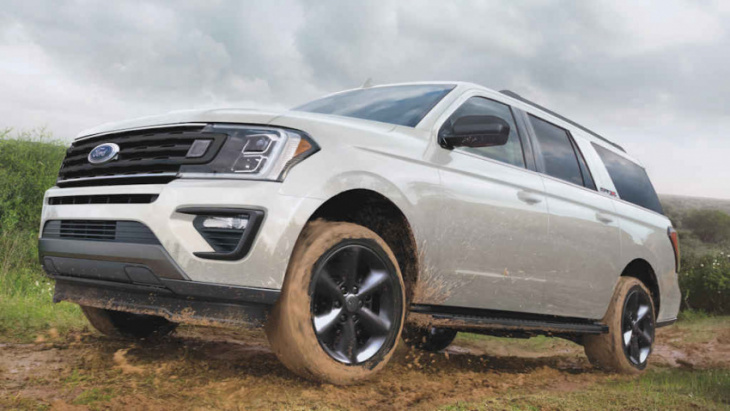 Did a Ford Expedition cause a fire at a rental car park? Investigators seem to think so as they’ve narrowed down the cause of a fire that took out several vehicles, among them SUVs rented and returned by the U.S. Secret Service just a few days earlier.

The large fire at a Hertz car rental lot in Nantucket Memorial Airport involved five vehicles. Investigators are focusing on a white Ford Expedition which is said to be the cause of the fire. These vehicles had been rented to the Secret Service for President Joe Biden’s visit to Nantucket for Thanksgiving.

Although local fire officials there said the fire was not suspicious, the incident sparked national conspiracy theories.

In a statement released Thursday, the Secret Service said:

The Secret Service had rented the vehicles for the President’s trip and dropped the SUVs off at Hertz on Sunday night. We were made aware of one Ford SUV catching fire early Monday morning. That SUV was parked next to several other vehicles which also caught fire because of the proximity to the Ford SUV.

We had no issues when we drove the vehicles and they were returned without incident. The Ford SUV that caught fire was a Secret Service support vehicle and not used to transport any protectees. We look forward to following up with local fire authorities on their review of the incident.

Airport staff spotted the fire in the rental car overflow area at around 5:22 AM via the airport’s CCTV. The staff then activated an alert system and responded to the fire alongside Nantucket firefighters and police officers.

The 2021 Expedition in question was

recalled in May for its battery junction box

, which Ford warned can cause fires. In the recall statement, Ford advised owners to park outside and away from structures when possible. The recall affected 66,221 units, according to NHTSA.

It’s not known whether Philippine market Ford Expeditions are included in the recall as Ford Philippines does not publicly issue recall or service bulletins. They do, however, have a