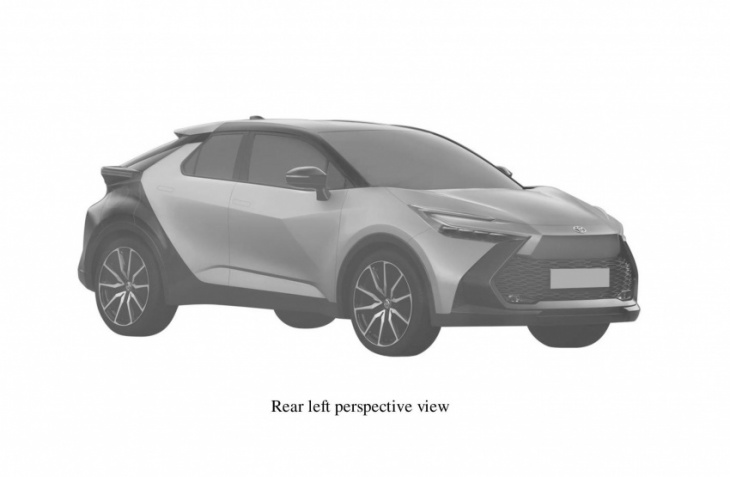 Firstly, we must point out the vehicle depicted in the images looks extremely similar to the Toyota SU EV concept the company revealed during a massive presentation last year. Even the wheels appear to be exactly the same. 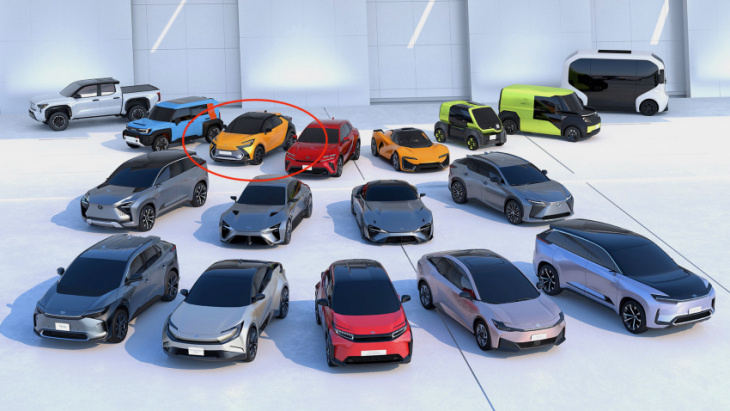 The main difference, though, is evidence of a clearly visible large front grille. Now, electric vehicles don’t need a front grille and are usually completely covered over for outright aerodynamic efficiency. But the vehicle depicted definitely looks like it requires some air intake, as the grille is huge. 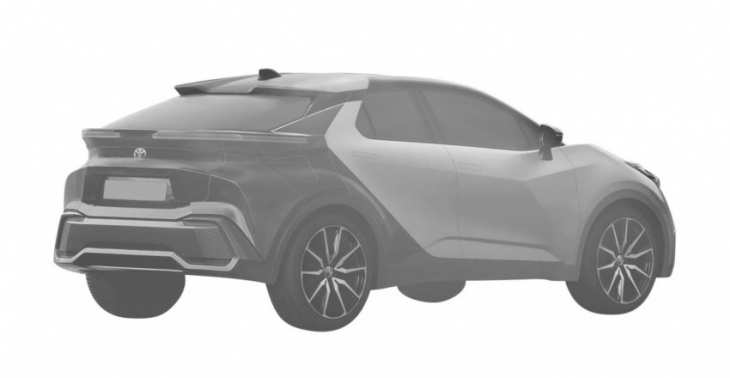 At the back there is no sign of an exhaust system, and not even a location for one. Instead, the rear bumper runs cleanly straight across, with no indent or mould shaping for an exhaust. We also notice there are two fuel filler caps, with one on the rear guard on both sides. This suggests it could be a plug-in hybrid considering the petrol tank of pretty much all front-engined vehicles is located at the back.

It’s understood Toyota is working on a new small SUV mainly for Europe, based on a new ‘E3’ platform. The platform is set to pair together elements of the e-TNGA, which underpins the bZ4x fully electric SUV, and the TNGA-C, which underpins many small cars such as the Corolla and C-HR. Maybe these patent images preview that model? 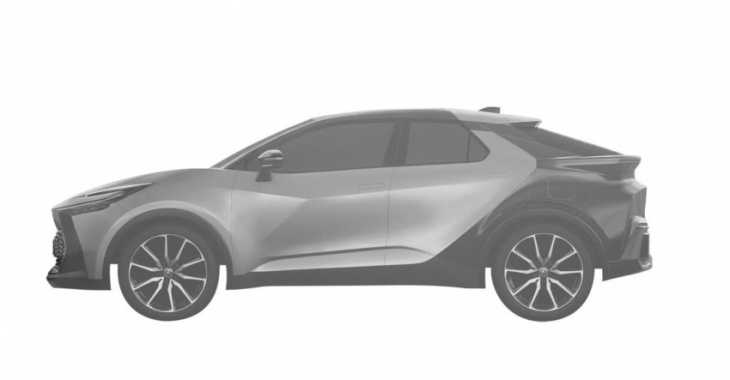 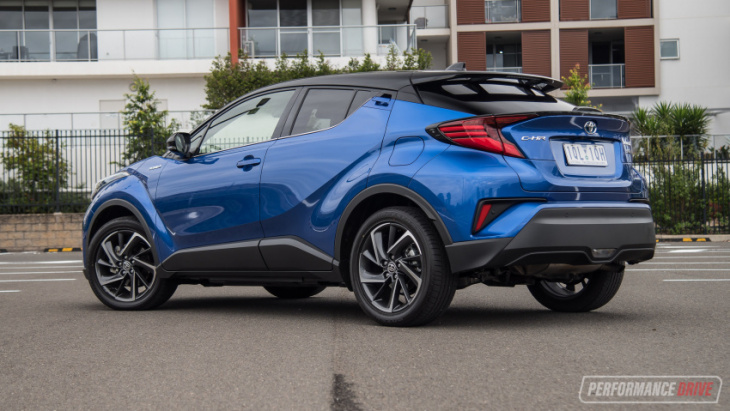 In our speculative opinion, the rear end does showcase a very similar design and attitude to the current C-HR. The small rear doors with high C-pillars, and the overall couple-like silhouette certainly matches the current model as well. On the current model there is no special place for the exhaust outlet either. It simply runs down and exits before the edge of the bumper bar.

There is a chance Toyota is simply protecting the design with no intention to put something similar on the market in Australia. We’ll have to wait and see to know for sure. 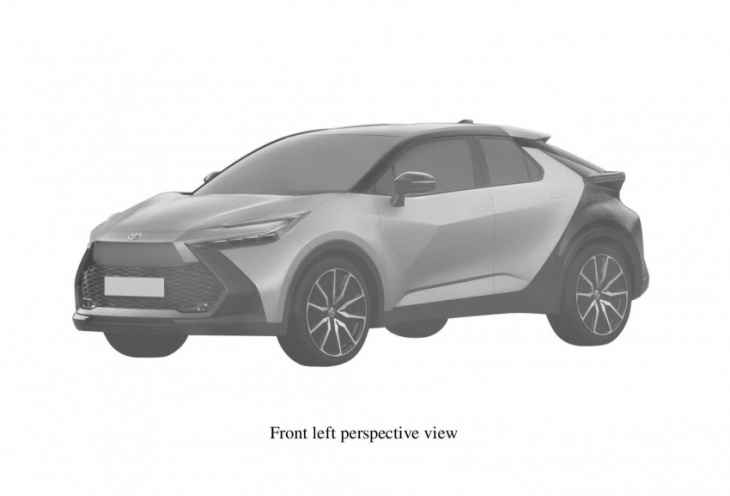 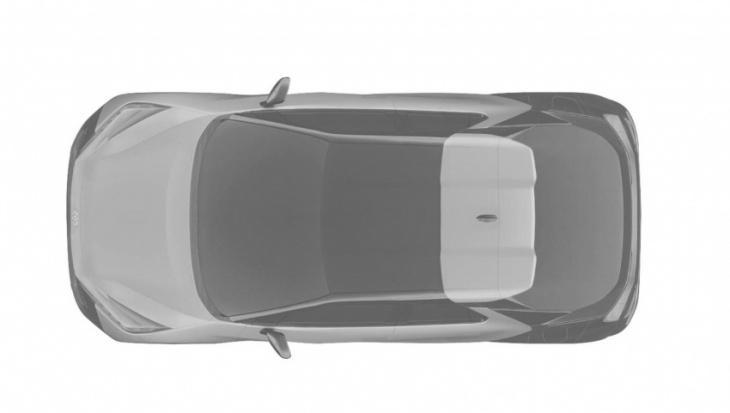 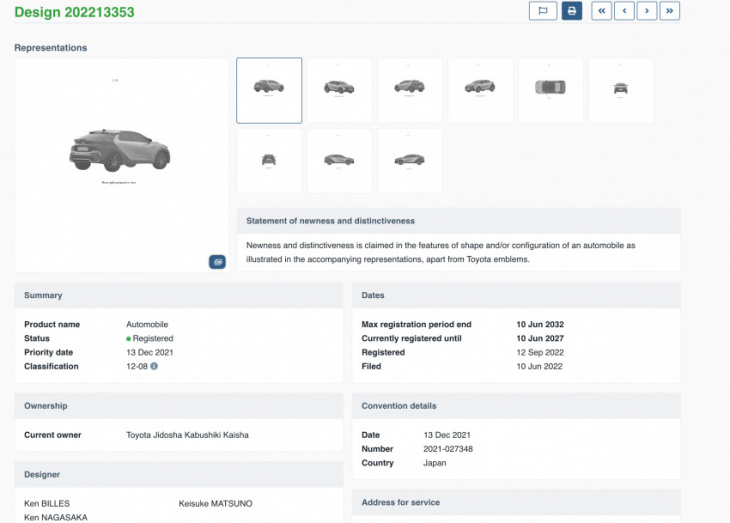