You read that headline right. The Cadillac GT4, not the Porsche GT4. But, like that hot sports car from Porsche, the Cadillac GT4 could be the hottest new Cadillac. Well, if you live in China.

Unfortunately, the new GT4 SUV is a Chinese-market SUV that, with a little bit of luck, we could get in the U.S. But for now, we will just have to admire it from afar.

What is the Cadillac GT4?

While Cadillac goes the full-EV route in the U.S., it continues to launch gas models in China. https://t.co/7yTgUy2wqw

The Cadillac GT4 images were leaked by the ominous-sounding Chinese Ministry of Information. It looks like it has several Lyriq EV SUV elements mixed with some classic Cadillac style. It should get a 2.0-liter four-cylinder in two versions, a 201-horsepower version or a 227-horsepower version, according to Motor Authority. But unlike the Porsche GT4, the new crossover could make a great daily driver.

The new SUV is part of a product offensive in China for Cadillac and General Motors in general. It’s also releasing a new sedan, the large XT6. The XT6 should compete with other new luxury icons like the new Toyota Crown in China.

The closest SUV we get in the U.S. is the XT4

The Cadillac XT4 is a great stylish luxury SUV with lots of great options, plenty of chrome bling, and technology. It’s a bit too large for its 237-horsepower four-cylinder to get it going properly, however.

While it’s larger than a BMW X1 or a Lexus UX, its interior is full of hard plastics and upholstery that looks cheap on the base version. If you want an XT4 that lives up to the Cadillac name, you’ll have to step up to the sport or the Premium Luxury trims which means that this SUV is about $45,000.

Ironically, while GM’s best-selling brand in China is Buick, the XT4 is based on the Buick Envision.

The next U.S. Cadillacs will be all-electric 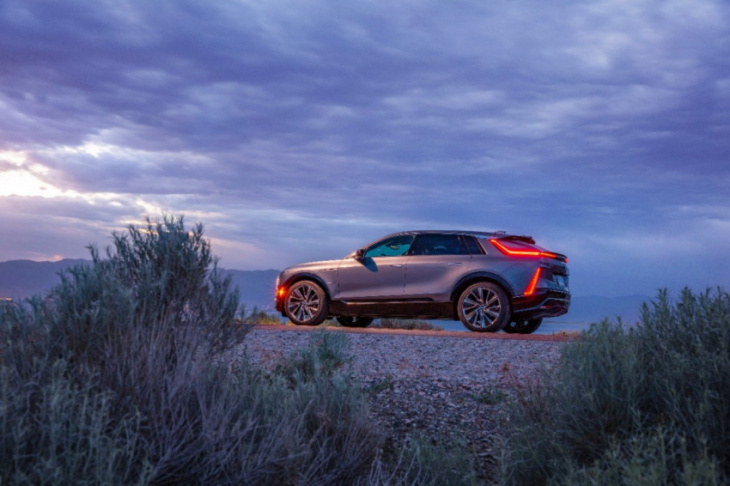 While Cadillac is launching these two new gas-powered vehicles in China, it’s plans in the U.S. are for all EVs. GM’s target is for all of Cadillac’s vehicles to be electric by 2030. The first Cadillac EV is the new, super-stylish Lyriq crossover.

The new Lyriq starts at $62,990 and should have a 312-mile range. All-wheel drive is optional on it. Though it sill be quick, and have up to a 33-inches of screens in the front, it’s really trading on style as much as its 500 horsepower and self-driving tech. Cadillac launched the new Lyric SUV the brand’s flagship EV SUV and gave it modern styling that could earn it a place in the MoMa.

Photos of two new Cadillacs likely destined for sale exclusively in China recently surfaced on the website of the China Ministry of Industry and Information Technology. The photos, which have been published on popular Chinese automotive website Autohome, show a redesigned CT6 full-size sedan and a new compact crossover ...


View more: Watch This Cadillac CTS-V Grenade Itself While Doing a Burnout