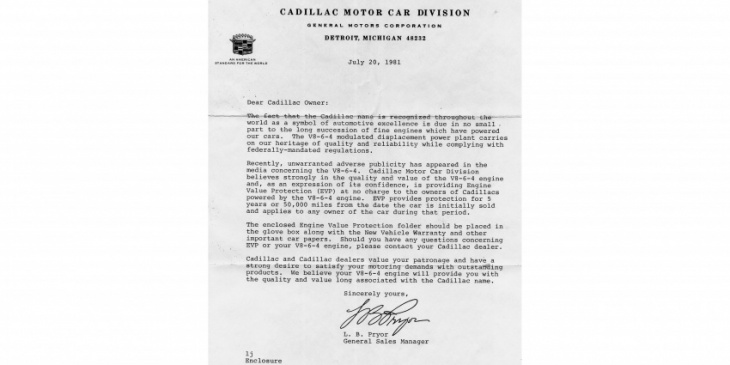 For the 1981 model year, GM’s Cadillac Division introduced a radical new technology (actually, not that new) that would show those price-jacking oil producers that America could still have big cushy luxury cars and get great fuel economy. This was the V8-6-4 engine, a 368-cubic-inch V8 that used computer-controlled solenoids to disable the rocker arms of two or four cylinders under low-load cruising conditions. It sounded good on paper, but didn’t work so well in practice. 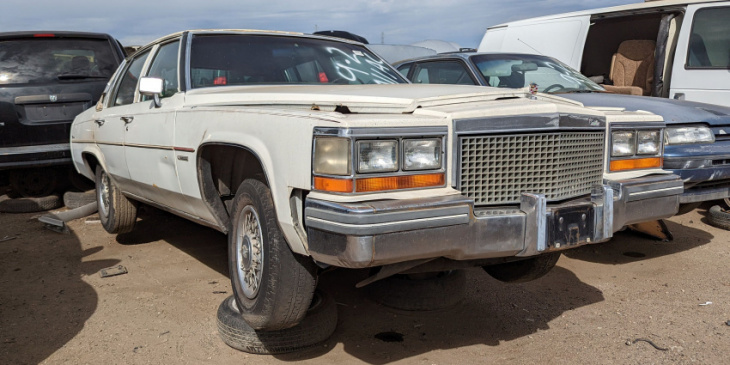 I found an absolutely loaded 1981 Cadillac Sedan DeVille d’Elegance in a Colorado car graveyard recently, and I bought its AM/FM/cassette/CB radio for a future car-parts boombox project. When I found the Monroney in the glovebox, I also grabbed a letter to the car’s original owner from Cadillac HQ. 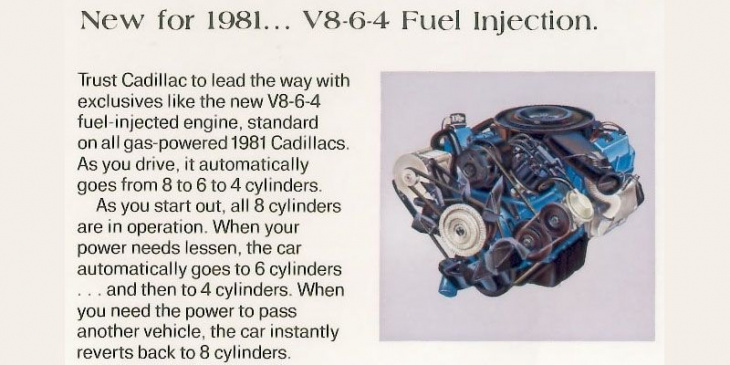 The V8-6-4 was available for just the 1981 model year for non-fleet use, though it stayed in limousine service for a few years after that. The computerized control system just couldn’t keep up with the demands of real-world driving, and so the engine would hunt between cylinder settings and generally make the driver crazy. Most V8-6-4 owners had the system disabled in a hurry. 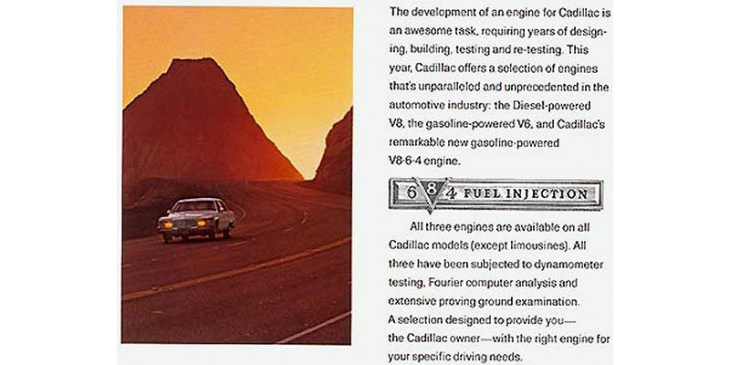 The problems of the V8-6-4 became well-known quickly (at the same time GM was dealing with image-tarnishing recall problems for the Chevrolet Citation and its siblings), and so L. B. Pryor, general sales manager of the Cadillac Division, leaped into action with a letter—dated July 20, 1981—to buyers of V8-6-4-equipped Cadillacs. As someone who spent many years toiling as a copywriter cranking out stuff like this for the suits in the nice office, I’m getting flashbacks. 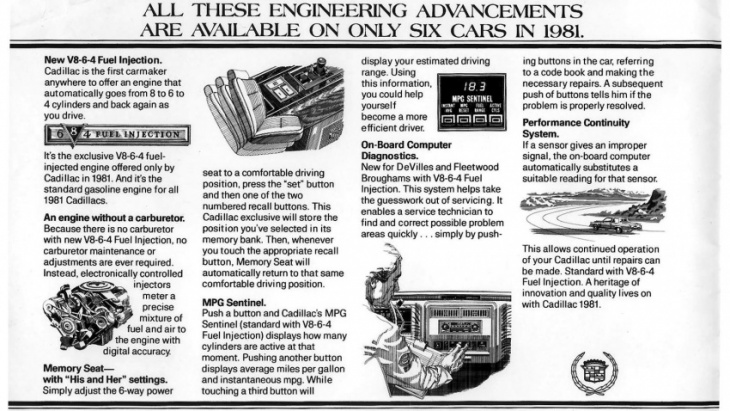 Dear Cadillac Owner:The fact that the Cadillac name is recognized throughout the world as a symbol of automotive excellence is due in no small part to the long succession of fine engines which have powered our cars. The V8-6-4 modulated displacement power plant carries on our heritage of quality and reliability while complying with federally-mandated regulations.Recently, unwarranted adverse publicity has appeared in the media concerning the V8-6-4. Cadillac Motor Car Division believes strongly in the quality and value of the V8-6-4 engine and, as an expression of its confidence, is providing Engine Value Protection (EVP) at no charge to the owners of Cadillacs powered by the V8-6-4 engine. EVP provides protection for 5 years or 50,000 miles from the date the car is initially sold and applies to any owner of the car during that period.The enclosed Engine Value Protection folder should be placed in the glove box along with the New Vehicle Warranty and other important car papers. Should you have any questions concerning EVP or your V8-6-4 engine, please contact your Cadillac dealer.Cadillac and Cadillac dealers value your patronage and have a strong desire to satisfy your motoring demands with outstanding products. We believe your V8-6-4 engine will provide you with the quality and value long associated with the Cadillac name.Sincerely yours,L.B. PryorGeneral Sales Manager

What is the Cadillac GT4? The closest SUV we get in the U.S. is the XT4 The next U.S. Cadillacs will be all-electric You read that headline right. The Cadillac GT4, not the Porsche GT4. But, like that hot sports car from Porsche, the Cadillac GT4 could be the ...

Photos of two new Cadillacs likely destined for sale exclusively in China recently surfaced on the website of the China Ministry of Industry and Information Technology. The photos, which have been published on popular Chinese automotive website Autohome, show a redesigned CT6 full-size sedan and a new compact crossover ...


View more: Watch This Cadillac CTS-V Grenade Itself While Doing a Burnout