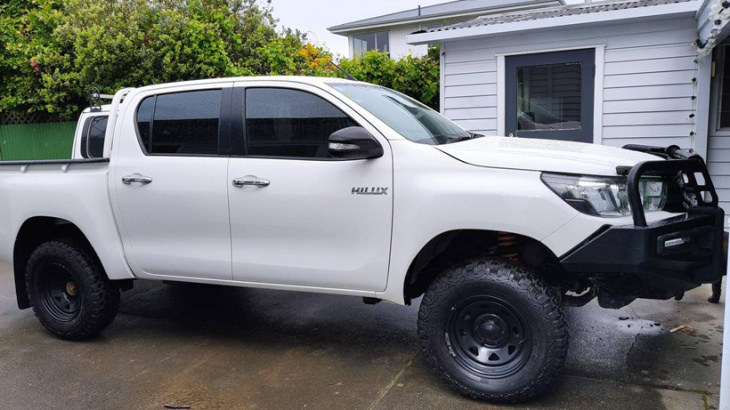 The dealer who sold two Hilux utes, one of which turned out to be unroadworthy, is warning there might be more being driven unwittingly on our roads.

Steve Milo of Vehicle Imports Direct believes damaged vehicles are being repaired, warranted, and on-sold and that he’s been caught out selling two of them. 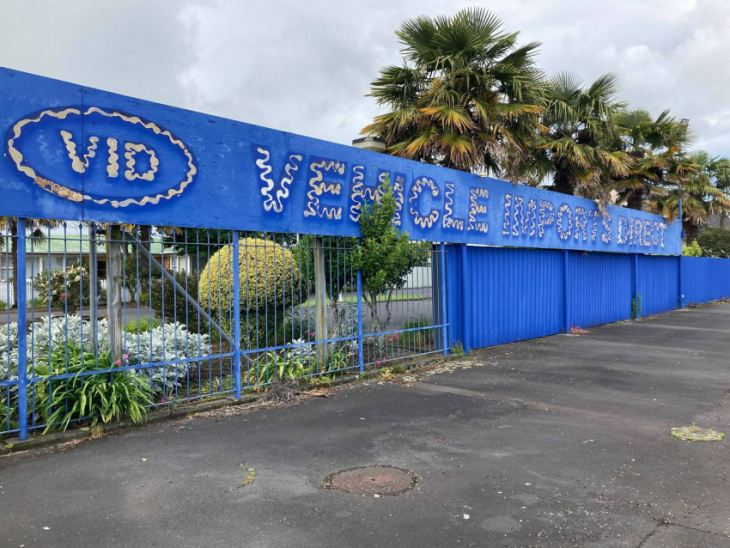 Vehicle Imports Direct is no longer operating from the Hamilton yard where the utes were sold, but Milo has now refunded the $38,000 owed to Jeremy [Russell] Jane and is covering the cost of repairs to a ute bought by Jay Keophila.

They each said in recent weeks they were left shouldering significant losses and confirmed last week, following coverage by Open Justice, they had now been compensated.

Milo is now suggesting the problem could be wider.

Jane paid $38,000 for the “nearly new” Toyota Hilux which he drove for almost 18 months before discovering it had been built using parts from many other vehicles, including a stolen engine.

He said he was “very happy” to get his money back, when it looked like it was gone forever.

Keophila paid $45,000 for his 2018 Toyota Hilux three years ago, only to find out later it had been in a serious crash and had been poorly repaired, leaving it with numerous faults.

He said he’s happy the faults were now being repaired by Milo, as ordered in a decision by the Motor Vehicles Disputes Tribunal, when it seemed he would have to bear the cost himself.

Each was alerted to the problem with their vehicles by a letter from Waka Kotahi NZ Transport Agency, for whom a red flag was raised when it discovered the vehicles had been in an accident and needed substantial repairs as a result.

The vehicle bought by Jane was bad enough that it posed a “serious safety risk” so Waka Kotahi revoked its warrant of fitness and placed an immediate safety flag on it.

Milo was at first reluctant to comment, saying the matter was in the hands of the police.

He believes vehicles that have been damaged but not written off are finding their way to the market.

“The plates and tags are still live in the system and what that allows someone to do is buy from an auction house or private seller, fix it up, and because the plates are still live all they need to do is put a warrant on it and away you go.”

Milo said had he known the history of the vehicles he sold and the extent of damage – which was not evident by visual inspection but only a detailed examination, he would never have agreed to sell on behalf of another dealer.

He said the two faulty utes were sold on behalf of a company named in the tribunal decisions as ALM Group – the same Waikato company which in February this year was ordered to refund the buyer of a $41,000 Ford Ranger, which had also had its warrant of fitness revoked.

The company is not the same as another Hamilton one also known as ALM Group [Auto Leisure and Marine Group] which sells motorhomes, caravans and boats.

The Motor Vehicle Disputes Tribunal noted in its February 15 decision that Waka Kotahi had revoked the roadworthiness of the Ford Ranger sold by ALM Group due to poorly repaired pre-existing accident damage.

ALM Group’s evidence was that it purchased the vehicle knowing it had been damaged, but that it didn’t know it had been poorly repaired.

The company paid $9000 for the repairs and the vehicle then passed a warrant of fitness inspection before it was sold.

ALM Group Ltd is described by OpenCorporates as an auto electrical services business, whose director is Andre Helm.

Helm told Open Justice that as much as he would like to comment, he could not until the completion of further proceedings. He declined to reveal the nature of the proceedings.

Milo said he is considering taking matters further with ALM Group, to whom he referred in an earlier tribunal hearing as being potentially liable for the losses he has borne from selling the two Hilux utes.

The tribunal ultimately found that Vehicle Imports Direct was the supplier because it transferred ownership of the vehicle to the purchaser under a contract of sale.

Milo said he’s taken a sizeable financial hit from what’s happened, but it was important that he “made right what was wrong”.

He confirmed that while his business no longer had a presence on the site from where he sold the two utes, the company was not in liquidation, and he had not shut down the business.

He was, however, undecided as to whether he would revive it elsewhere in the future.

Keyword: Dealer who sold damaged and dangerous utes warns there might be more on our roads