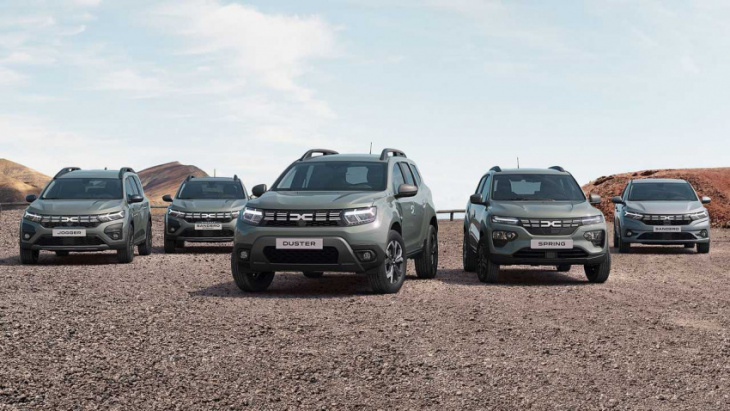 Dacia doesn’t have the best image among car brands when it comes to safety. The latest Sandero supermini and Logan subcompact sedan have both received only two stars in the crash tests conducted by Euro NCAP. The ratings are even worse for the Spring electric city car and the new Jogger seven-seat family wagon since these two models have earned just one star. Is the company’s boss worried about these results? Not at all.

One of the main reasons Dacia models have poor results in crash tests has to do with the lack of active safety technology. The vehicles have been engineered without features such as lane keep assist to keep the price low, but also because the Romanian brand knows many people would just turn off this sort of tech.

Don’t go into thinking Dacias are death traps because that’s hardly the case. When Euro NCAP tested the Sandero and Logan last year, it explained the lack of active safety systems prevented the cars from earning a much better rating: “crash protection is respectable, with performance that would make the car a four-star performer if it were not for its shortcomings elsewhere.”

Dacia products remain refreshingly honest and cheap as you can drive home a Sandero hatchback in the model’s home country from as low as €13,650. Even the much bigger Jogger only costs €15,890 while the Duster SUV is a few hundred euros more attainable. To keep prices low, Renault’s budget arm will stick to combustion engines for as long as possible, beyond 2030. In fact, it wants to have gasoline cars until 2025 when sales of new vehicles emitting CO2 will be effectively banned.

Many people still see Dacia as a small brand, but it’s the third best-selling automaker in Europe this year so far when it comes to private buyers, according to Automotive News Europe. Not only that, but ANE cites industry lobbying group ACEA saying the car manufacturer from Eastern Europe has increased its market share in the first half of 2022 from 2.9 to 4 percent compared to the same period of last year.

With the Jogger now on sale and a larger SUV above the Duster arriving in 2025, the future looks promising.