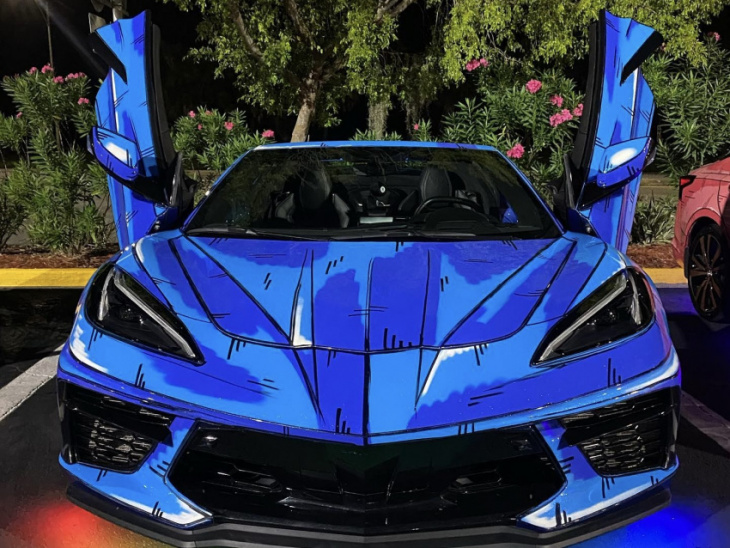 This amazing custom wrapped C8 Corvette looks like it belongs in the pages of a comic, but it’s 100 percent real.

With long-running comic books coming to life on the big screen over the past several years, those fictional characters and their stories have become arguably more popular than ever, routinely blowing up the box office every time a new title comes out. Thus, it’s no surprise to learn that rabid fans of these comic book movies go to great lengths to show off their affinity for them, dressing up as various characters and spending countless dollars on memorabilia and other merchandise to boot. However, this custom wrapped C8 Corvette from a freelance graffiti artist who goes by KBMER quite literally looks like something a comic book superhero might actually drive.

We’ve seen our fair share of custom Corvettes over the years, some that land on the more subtle side of things, and others that go to new extremes in an effort to attract attention. However, we’ve never seen anything quite like this custom wrapped C8 Corvette, which takes a totally different, fresh approach to the ages-old act of automotive customization. 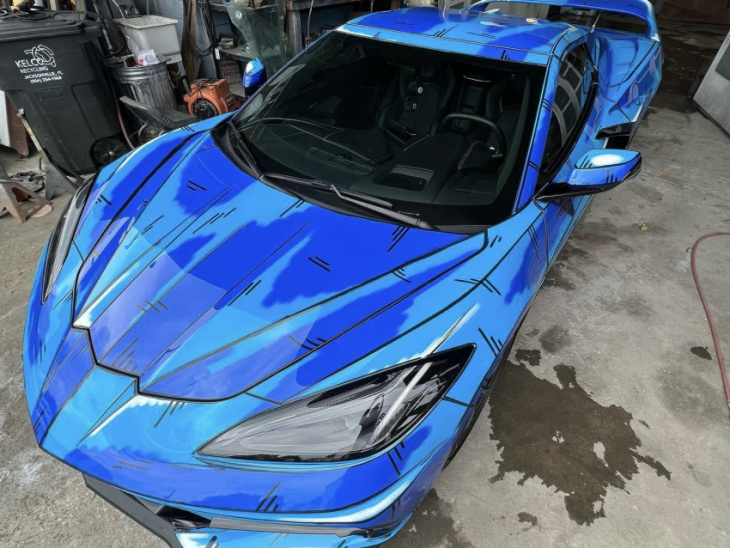 Even standing still in normal daylight, this C8 looks like it was hand-drawn by someone with immense talent – that’s just how realistic the vinyl treatment here is. Along with varying shades of blue to mimic the shadowing one might see in a comic, there are some black lines inserted randomly throughout, mimicking the pen lines of the artist who took it from his mind and put it down on paper, or some other form of modern medium, anyway.

Watching the artist apply this wicked wrap is also pretty mesmerizing, as this is obviously a somewhat tedious process to pull off. But line by line, we can see him lay down its lines in the video here, quite literally witnessing an idea come to life. It’s a pretty amazing finished product, we think, and we imagine that comic book fans will likely want to replicate the look themselves. Heck, even if you aren’t a fan of comics in general, it’s hard not to appreciate what’s happening here, a true testament to the talent of the artist himself.

Keyword: Custom Wrapped C8 Corvette Looks Like It Belongs in a Comic Book