Custom Mustangs: Some of the Weirdest Pony Car Builds Ever

With enough know-how, patience, and money, you can turn just about any muscle car, sleeper, sedan, or sports car into a custom street-stomper. Builders can say the same for America’s original pony car, the Ford Mustang. However, swapping an SN-95’s V8 or the newer Coyote engine into a classic Mustang is too pedestrian for some folks. Here are some of the coolest, wildest, and weirdest custom Mustang builds we’ve ever seen.

Have you ever heard of a Ferrari-swapped Ford Mustang?

In 2018, SEMA hosted an automotive oddity: a custom Ferrari-swapped “Corruptt” Mustang. The gray Ford has a chopped roof, RideTech suspension to sit dangerously low, and Wilwood brakes with bright yellow calipers. However, the real showpiece is the 700-horsepower, twin-turbocharged 4.3L Ferrari V8 engine courtesy of Nelson Racing Engines. Of course, the engine’s accents match the bright yellow calipers to complete an odd and magnificent Mustang.

If the Ferrari-swapped Mustang isn’t one of the weirdest pony car builds, this twin-turbo Honda swap custom Mustang must be

The parade of twin-turbo engine swaps continues, but this time it’s from a much more mundane donor. The beating heart of this 1966 Ford Mustang is a Honda K24 engine married up to a Nissan 350Z CD009 transmission. The result is a ridiculous classic car with an even more ridiculous soundtrack.

You may have seen strange off-roaders, but how about this off-roading Mustang for one of the weirdest Ford Mustang builds ever?

This Shelby Mustang build is not just weird because it’s hiked up and pretending to be a truck; it is strange because it’s a movie star. In the 1999 recreation of The Thomas Crown Affair starring Pierce Brosnan and Beau St. Clair, a custom dark green convertible Mustang on chunky, knobby tires tried its hand at off-roading. However, it didn’t do so without perverting the looks of a Shelby G.T. 350. Still, MotorTrend says that it is desirable enough that a Michigan man made his own movie clone.

How about one of the fastest EVs in the world: the custom Mustang Zombie 222

We talked about the odd noises coming from a Honda-swapped custom Mustang, but what about a fully-electric pony car? Texas electric vehicle (EV) builders Bloodshed Motors thought it was an inspired idea and created the Zombie 222. However, the Zombie isn’t a family EV focused on the range. Instead, it’s a 1966 Ford Mustang with figures fast enough to make it one of the fastest EVs in the world. 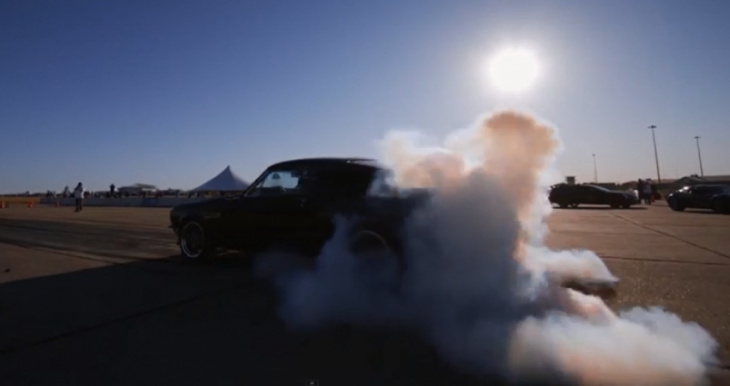 OK, so you’ve probably heard of the Hoonicorn

Ken Block is a household name in car enthusiast circles. As a result, the Hoonicorn is not exactly a secret. Block’s custom 1965 Ford Mustang packs a Roush-built 410 cubic-inch Ford V8 with Garrett twin turbochargers that protrude from its thoroughly liveried hood. According to Garrett Motion, the beast produces over 1,400 horsepower and 1,250 lb-ft of torque and puts the power down via an all-wheel drive (AWD) system. 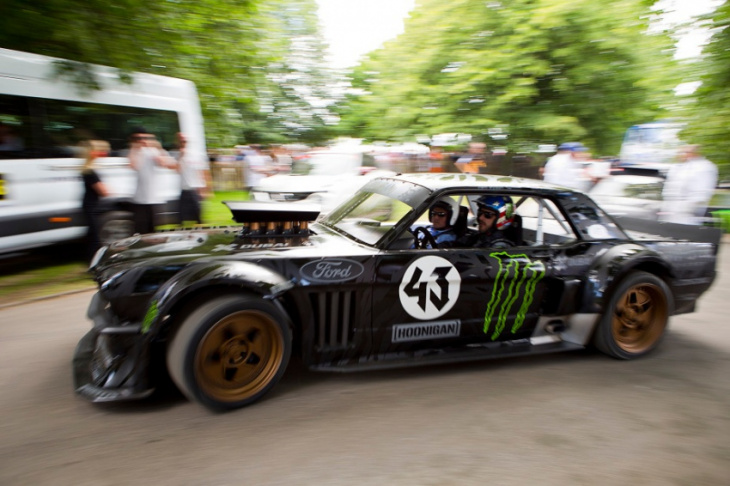 If you think that sounds crazy, check out the Hoonicorn vs. The World series on YouTube. The twin-turbo custom classic is a proper missile. Scroll down to the following article to read more about the Ford Mustang!

Keyword: Custom Mustangs: Some of the Weirdest Pony Car Builds Ever