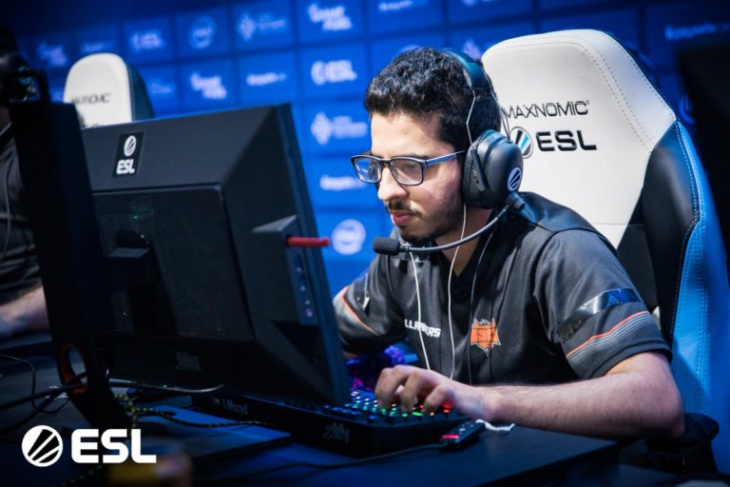 Former Hellraisers and OG CS:GO rifler Issa “ISSAA” Murad has made the swap over to VALORANT, joining MENA team, YaLLa.

The Jordanian player has made his way back to his home region after it was revealed that he would be making the switch over to VALORANT as a member of YaLLa.

“After all this years playing, CS:GO will be always in my heart- its the game made me who i’m today, as well as all the support I’ve gotten from you guys. I love you alot really,” ISSAA wrote on Twitter after the roster reveal. “I know some of you will be sad and wanted me to stay, im really sorry and i hope you will keep supporting me as u always did.”

ISSAA rose to prominence when he joined CIS team, Hellraisers, back in Aug. 2017 as a trialing member, before transitioning into a permanent member in October of that year. During his two-year tenure, ISSAA helped Hellraisers qualify for the playoffs at FACEIT Major London 2018, as the team secured Legends status. Unfortunately, Hellraisers were unable to replicate their success in 2018, and ultimately, ISSAA left the team in the summer of 2019 to join OG Esports.

With OG, he teamed up with former Team Vitality rifler Nathan “NBK” Schmitt and former Ence IGL Aleksi “Aleksib” Virolainen, before being replaced in early 2021.

He briefly joined Turkish CS:GO superteam Eternal Fire, reuniting with former Hellraisers teammate Özgür “woxic” Eker. Unfortunately, the transition to a Turkish lineup was one that did not suit ISSAA, and after a few months, it was revealed that he “could not adapt to Turkey and returned to his own country,” according to Eternal Fire. Since late 2021, ISSAA has been back home, where he has contemplated the next steps of his career.

That return home has now taken shape, as ISSAA enters new territory away from CS:GO and into VALORANT for YaLLa.

2022 has been a quiet year for the YaLLa VALORANT squad. Apart from their time in 2022’s VALORANT Regional League MENA Stage One, where the team finished fifth with a 6-7 record, the organization has not been as active compared to 2021. However, with the new addition of CS:GO firepower, YaLLa will look to shoot up the standings as the team sets its sights on VLR 2022 MENA Stage Two.

ISSA will make his debut in VALORANT and for YaLLA on May 10 during the VLR 2022 MENA Stage Two Group Stages.