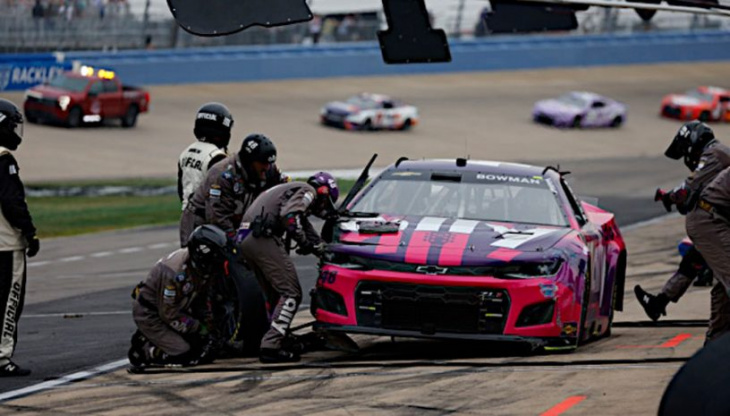 DAYTONA BEACH, Fla. — Greg Ives, crew chief for the No. 48 NASCAR Cup Series car driven by Alex Bowman, is stepping away from his longstanding role in the pits at the end of this year.

He released the news on Twitter on Friday morning, announcing he will be moving on to the next step in his career with Hendrick Motorsports next year.

“There are many reasons, but the most important one is the chance to focus on my family and spend more time with our kids as they grow up,” Ives wrote. “Leading the No. 48 has been one of the great privileges of my life.”

Ives has spent 17 seasons on the road, making “countless memories” all along the way, according to his Twitter statement. This year marked his eighth season as crew chief for Hendrick Motorsports and fifth season with Bowman behind the wheel.

Before he retires his headset, Ives will remain with the No. 48 driver through the Cup Series playoffs to continue their chase of the championship.

“I’ll never have the words to properly express how grateful I am to be able to live out my dream of working in racing or properly thank everyone who has supported me along the way,” Ives wrote.