The entry-level Lightning is very cheap once incentives have been factored in. 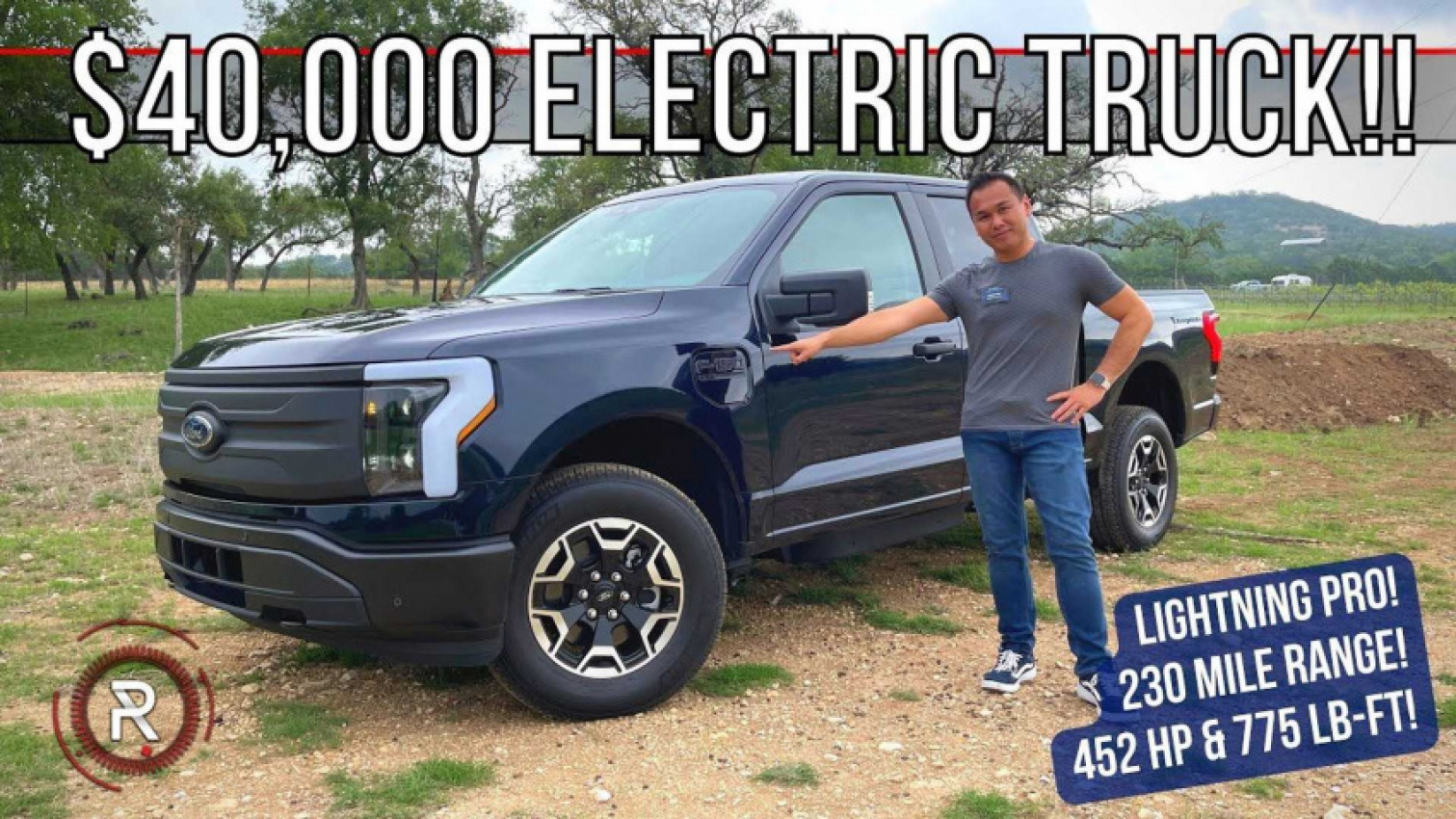 The Ford F-150 Lightning Pro offers a lot of bang for your buck. We’re rapidly approaching the point where electric cars are becoming cheaper to buy than their internal combustion equivalents, and the Lightning runs the traditional F-150 very close from a pricing perspective. You can pick one up for just $32,474 after the Federal Tax Credit, which makes the Lightning Pro significantly cheaper than the average new car in America.

Yet the Lightning Pro is still very capable. It gets a lot of equipment as standard, like LED beams and a large 12″ touchscreen. Meanwhile, the base Lightning still has a 452 bhp courtesy of a 98 kWh battery. This means the $32,474 Lightning Pro is more powerful than the gasoline F-150 Raptor which costs almost twice as much as it. 0-60 mph takes only 5 seconds as well.

That said, if you’re buying a Pro chances are you don’t really care about performance. You’re more concerned about things like range and towing capacity. Well, both are pretty impressive – the entry-level Lightning has a 230-mile range meanwhile it can pull up to 7,700 lbs with the Max Tow Pack. Max payload capacity is 2,000 lbs.

There’s plenty of space inside, meanwhile, the frunk is huge. The Pro can charge at speeds of up to 150 kW. The interior is quite good for a base-level truck, meanwhile, you get several driver assistance features as standard. There is plenty of charge ports, chrome trim and vinyl seats. The back seats have loads of legroom for a truck. You also get two USB charge ports in the back and plenty of headroom.

In summary, Redline Reviews found the Lightning Pro to be a very compelling all-around package. Never before has a truck offered this much power and capability for such a low price – and that’s before you factor in the long-term savings associated with driving an EV.