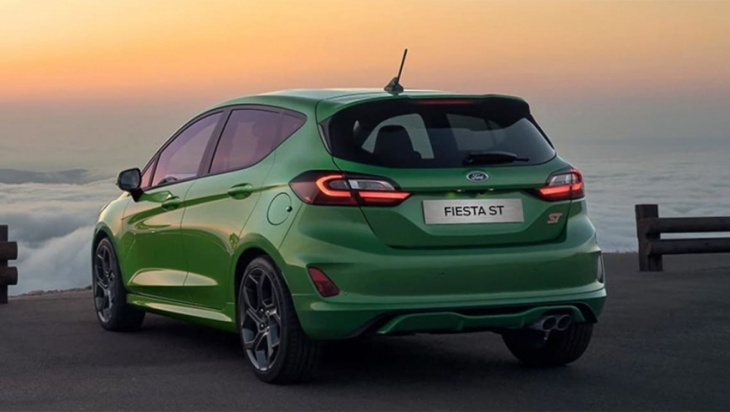 The Fiesta ST was discontinued in Australia very shortly after the facelifted version went on sale.

Ford Australia’s decision to drop the Focus and Fiesta ST hot hatches seemingly brought the carmaker’s hot hatch era to a close. But the global head of Ford Performance believes there is still a future for the small performance cars, albeit in electric form.

Speaking to Australian media in Detroit, Trevor Worthington, the former Ford Australia engineer turned global head of all Ford’s internal combustion engine programs, didn’t want to reveal the company’s plans but made it clear where the future lies.

“I’m not sure the reason why we’ve stopped selling the Fiesta ST in Australia, I love those cars to death, they are really important to us as a Ford Performance brand and I think there’s a reality that we probably need to reinvent from an [electric] perspective,” he said.

However, when pushed if the current models – which are still available in Europe for the time being – would be the end of Ford’s hot hatches, Mr Worthington wouldn’t be drawn into a definitive answer.

The future of the Focus and Fiesta small cars is in doubt too, with Ford of Europe – where the two are developed and built – pushing away from conventional small cars and into more SUV markets, such as with the Fiesta-based Puma.

At the same time the company has made no secret of its push towards electrification. Ford has struck a partnership with Volkswagen to share development of electric vehicles together, with a Ford version of the Volkswagen ID.4 SUV the first result of that collaboration. It’s possible that the deal could extend to a blue oval version of the ID.3 hatch, which could effectively replace the Focus in Ford’s line-up. 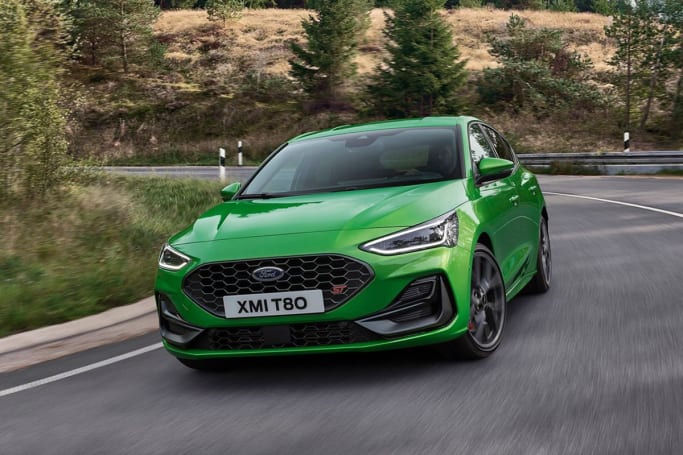 The future of the Focus is in doubt too, with Ford of Europe.

Volkswagen has already previewed a hot hatch version of the ID.3, with the German brand’s management admitting it could one day wear an ‘R’ badge. This would open the door for Ford to create its own high-performance small electric car, continuing the ST brand, which is something Mr Worthington said he would like to see.

“I think there is a role for that ST sub-brand, that kind of urban, fun, not extreme speed but extremely capable in that urban/track window,” he said.

Obviously electric vehicles lend themselves to performance variants, given the near-instant torque available from the motors. However, the challenge for Ford will be retaining the dynamic qualities that have made the Focus and Fiesta ST so beloved by enthusiasts.

Ford isn’t afraid to combine electrification with its most famous sporty nameplate, introducing the Mustang Mach-E electric SUV in the US and other markets. However, the challenge of making a hot hatch will be even greater given the compact size of a hatchback and the significant weight current battery technology adds to the vehicle.

The lead engineer for the Mach-E told CarsGuide that tuning the new vehicle for dynamic ride and handling was a challenge because that could only be prioritised after they had worked out how to deal with the extra mass of the batteries. 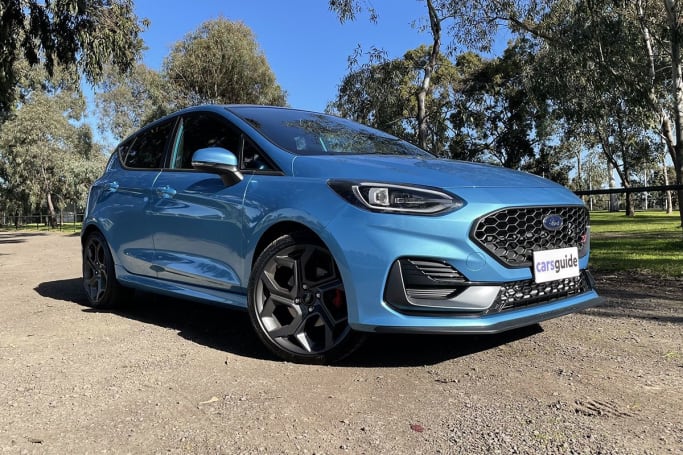 The global head of Ford Performance believes there is still a future for the small performance cars, albeit in electric form.

The other obvious challenge for Ford moving into electric hot hatches would be to retain their affordability. Prices of hot hatches have been on a steady rise since before the global supply chain crisis caused the current spike.

While many brands have made faster, more advanced hot hatches, the prices have risen considerably, in some cases well above $60,000.

But unless the brand can get suitable economies-of-scale to bring the price of building electric hatchbacks down, it’s almost inevitable that any would-be electric ST model would be far more costly than today’s petrol-powered versions.

Keyword: Could the Ford Focus and Fiesta ST hot hatch live on in an electric future?

Almost £100k for a Ford Focus! Rare RS500 hot hatch with 949 miles on the clock sets new auction world record selling for £99,000 - as four others also go for jaw-dropping sums

When did a Ford Focus start costing the same as a Ferrari? Seven low-mileage Focus hot hatches set to sell at auction this weekend for up to £110k a piece

Farewell Ford Fiesta, party's over for a European icon as Ford focuses on electric SUVs