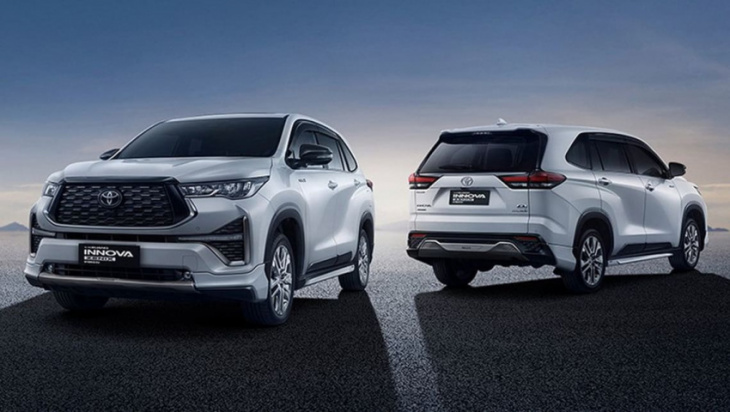 While undoubtedly SUV-esque in looks and proportions, the 2023 Innova possesses much of the space and practicality of a Tarago.

Toyota has debuted what could be a spiritual successor to the much-loved (and highly missed) Tarago minivan.

Known as the Innova and displayed for the first time in Indonesia this week, it replaces the current HiLux ute/Fortuner 4×4-based people mover that was created in 2004 (as part of the Kijang line that dated all the way back to 1986), for a much-more modern and – vitally – car-derived three-row wagon.

So, it’s all-change this time around, then, since the latest Innova switches to the Toyota New Global Architecture (TNGA- GAC). The GAC connection makes it most closely related to the hot Corolla Cross crossover, meaning it’s now a monocoque-bodied vehicle with a transverse engine and front-wheel drive, rather than a longitudinal and rear-drive application seen previously.

However, compared to before, the new Innova has been considerably enlarged for the primary Indonesian, Vietnamese, Thai and Malaysian markets. Comparing the main length (4755mm), width (1850mm), height (1795mm) and wheelbase (2850mm) dimensions, it has increased by 20mm, 20 mm, 0mm and 100mm respectively.

Interestingly, this puts the Toyota MPV in the Tarago ballpark, as the latter’s length and wheelbase were just 40mm and 100mm longer respectively, yet also 50mm narrower and 45mm lower overall.

Whether Australia sees the new Innova is uncertain, and will depend on safety and equipment specifications meeting crash-test standards as well as consumer expectations – something that the previous body-on-frame models likely could not. 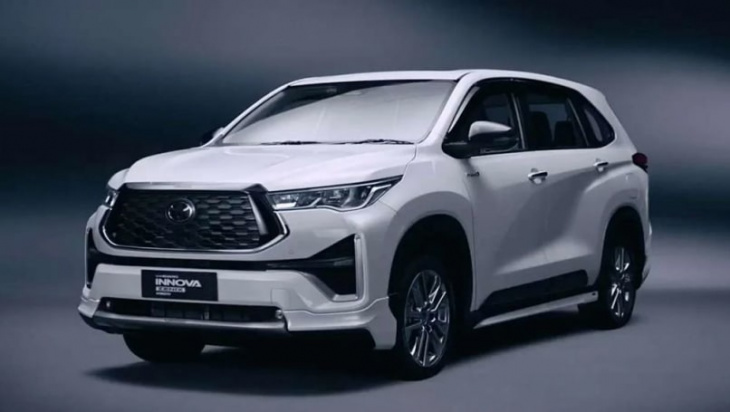 Whether Australia sees the new Innova is uncertain.

Speaking of specs, the Innova can now adopt hybrid tech for the first time thanks to that TNGA connection, usurping the old 2.0-litre and 2.7L four-cylinder petrols and their 2.4L and 2.8L turbo-diesel counterparts.

The headline powertrain is the familiar M20A-FXS ‘Dynamic Force’ 112kW/187Nm 2.0L series-parallel hybrid unit similar to that found in the Corolla/Corolla Cross pair, mated to an 83kW/205Nm electric motor and nickel–metal hydride (Ni-MH) battery for a system-total power output of 138kW (in Indonesian-market guise). It drives the front wheels via an e-CVT continuously variable transmission.

A non-hybrid 2.0-litre version is also offered in some markets. 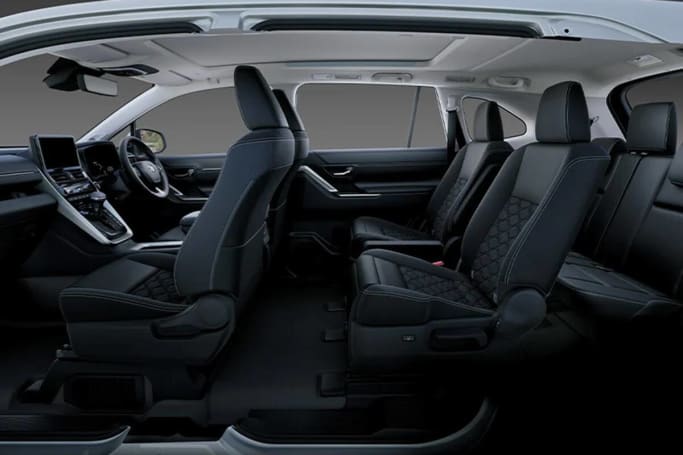 The Innova will be a much-more modern and – vitally – car-derived three-row wagon.

Will Toyota Australia go all in on the Innova if it does meet all safety and equipment expectations?

Since the (Camry-based) Tarago was replaced by the Granvia in 2019, the brand’s dominance of the MPV market has evaporated, with just a paltry 115 registrations in the first 10 months of this year, compared to 6853 Carnival and 1149 Staria sales respectively, giving the Korean brands some 88 per cent of their sub-$60K people-mover segment combined.

And there-in lies the big and boxy Toyota’s problem in Australia. 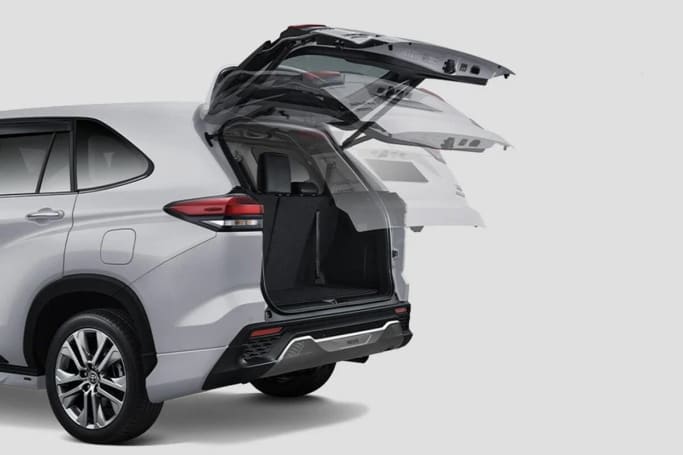 The Innova is in the Tarago ballpark, as the latter’s length and wheelbase were just 40mm and 100mm longer respectively, yet also 50mm narrower and 45mm lower overall.

Yes, although HiAce van derived, the diesel-only Granvia is now an upmarket people mover starting from nearly $66,000 before on-road costs and stretching to nearly $80,000, and it’s also supply-constrained (like most every other carmaker), so we’re not comparing apples with apples here.

However, isn’t that the point of the Innova, as an affordable and relatively low-cost alternative to the Carnival and co.? That’s how the original Tarago so successfully kicked the last MPV craze off in 1983…

Keyword: Could the all-new 2023 Toyota Innova be our next Toyota Tarago?