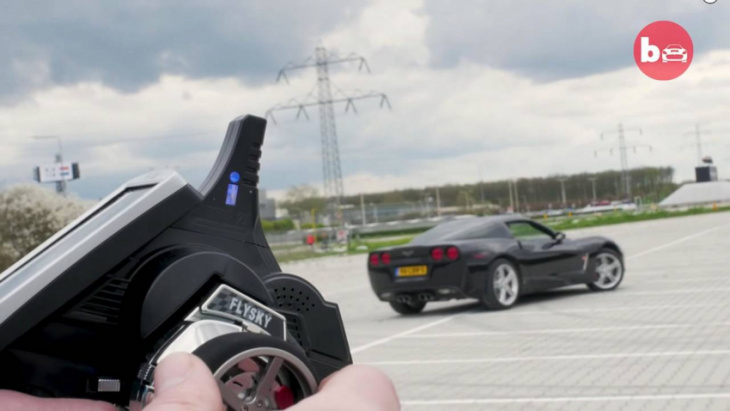 Aside from being a really cool car, this is a tribute to both engineering and childlike wonder.

As kids many of us loved playing with RC cars, especially ones that mimicked real life dream vehicles. Some of us had model Mustangs or Corvettes, others still might’ve had bigger ambitions with Lamborghinis or Ferraris. Either way, these toys were a pivotal moment in the journey of many automotive enthusiasts. However, have you ever stopped to wonder if it would be possible to have a full scale RC car as an adult?

That is exactly the question that this man asked himself when he bought a C6 Corvette just about two years ago. From the factory it came with a pretty big V-8 engine, some sleek styling, and a seemingly unbeatable track time by any American muscle car currently in production at the time. So naturally, being an engineer as he is, he got to work making it his perfect dream automobile. One of the big parts of that turned out to be remote control capabilities.

It took him about a year to design the full system for controlling the vehicle. Everything is operated by motors and he has a central operation system allowing him to control the entire vehicle at the click a button. Funny enough, his remote actually looks exactly like one you might expect from one of those toy RC cars making it even more heartwarming for viewers everywhere. While it might seem kind of crazy, the driver claims this is his daily driver and based on his level of control there isn’t much of a reason not to believe him. So the lesson here is, follow your dreams and soon you might actually make it reality no matter how insane it seems.

For 20 years, Binks was the face of Corvette's legendary sports car racing program. Now, he's a powerhouse in dirt racing.