If you’re considering a new midsize truck, the 2022 Nissan Frontier is an excellent option. However, many reviewers dislike the Nissan pickup. Furthermore, with many rivals offering amazing choices, finding the right model can be challenging. Consumer Reports doesn’t recommend the 2022 Nissan Frontier, and it’s one of the most well-respected experts in the automotive industry. However, owners say they love their time with the Frontier, so is it really that bad? 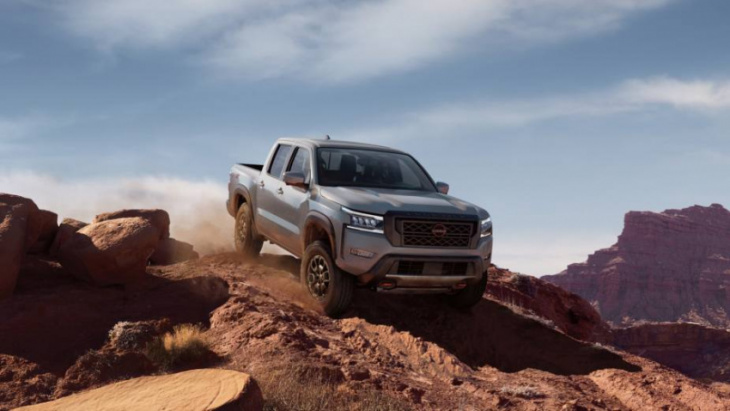 Although Consumer Reports didn’t give the Frontier its coveted “recommended” label, few midsize trucks earned that title. Only the Honda Ridgeline, Ford Ranger, and Ford Maverick are recommended by CR. However, the 2022 Nissan Frontier isn’t far behind. Ranked fifth out of nine reviewed models, it beat many other popular options. For example, Nissan’s smaller pickup beat the Toyota Tacoma and Chevy Colorado. What doesn’t CR like about it?

First, CR gave the Frontier almost the lowest possible predicted reliability score. This is based on previous model years when owners experienced some trouble spots. It’s worth noting that nearly every truck in its class has poor predicted reliability. Next, the ride quality of the Frontier feels like you’d expect a truck to feel. In short, that’s not a good thing. CR describes it as “stiff and jittery,” even compared to competitors.

Next, the rear seat of the pickup is much less spacious than its rivals. Unfortunately, rear seat space is a significant ask for most midsize truck buyers, and the Frontier just doesn’t get it done. CR says it’s uncomfortable; very upright seats will make any backseat riders want their experience to be short. 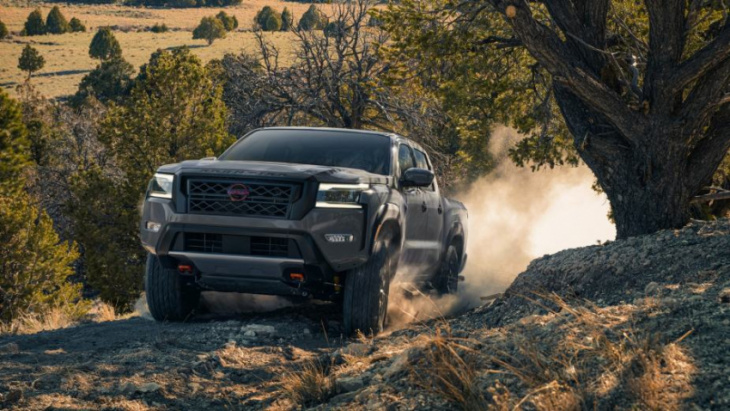 Despite its less-than-stellar reviews, owners love their time with the Nissan Frontier. According to Consumer Reports, overall owner satisfaction is quite high, even compared to rivals. Specifically, 72 percent of previous or current owners claimed they would buy another Frontier. That’s higher than popular models like the Toyota Tacoma, Ford Ranger, and Chevy Colorado.

Although CR doesn’t have specifics, the owners ranked the truck in several categories. They are driving experience, comfort, value, and styling. Overall, a vehicle’s biggest compliment is that an owner would buy it again. With most owners making that claim, what makes them enjoy their trim with Nissan’s midsize truck offering?

What does Consumer Reports like about the Nissan Frontier?

Although the Frontier isn’t recommended, CR still loves many things about it. Moreover, chances are high that customers willing to repurchase it would share the publications’ opinions. There are many positive takeaways, like the standard refined 3.8-liter V6 engine making 310 horsepower. Next, rear-wheel drive is standard, but available four-wheel drive makes the Frontier excellent for trucking duties and off-roading.

Speaking of off-roading, the Pro-4X trim level is an excellent choice. It provides off-road features like Bilstein shock absorbers, extra skid plates, a locking rear differential, all-terrain tires, LED headlights, and more. For just under $40K, it’s an affordable way to hit the off-road trails in a midsize truck.

Highlights for CR also include braking, transmission, and controls. The publication says the Frontier braked in a much shorter distance than rivals in most of its tests. In addition, the nine-speed automatic transmission delivers smooth upshifts and responsive downshifting. Lastly, the controls are easily reached from the driving position. It also uses physical knobs and buttons that are easy to locate and use on the fly, in addition to its eight-inch infotainment touchscreen.

Not recommended, but loved by owners

In conclusion, one of the most prominent reviewers, Consumer Reports, doesn’t recommend buying the 2022 Nissan Frontier. Despite its problems, owners love the midsize truck. More than half of the surveyed owners would buy the pickup again if given the opportunity. As a result, it’s difficult to argue against both CR and owners. Every vehicle has its positives and negatives, but we think ownership and spending time living with the 2022 Nissan Frontier is the best quality indicator.

It almost matches the Nissan LEAF (62 kWh version), thanks to a slightly bigger battery.

Find out how the latest evolution of Nissan’s family friendly crossover uses an innovative powertrain that gives you electric driving feel without the need to charge...

It's much more spacious than the Nissan LEAF, but that's not a surprise.

It's anything but subtle.

Our Thai colleagues over at Autofun.co.th have big news to share, and it’s about 2 new hybrid Nissan models hitting their shores – the 2022 e-Power hybrid, and the other, probably the upcoming all-new 2023 . Autofun’s sources quote that the powertrain will be installed in ‘the next two ...

Nissan approved, but not involved? Want to buy one? Only RM43,000 a piece A Japanese tuner has struck a deal with Nissan to kickstart the production of the iconic SR20DET engine. Mercury Japan will conduct a limited run of only 30 units specifically to tailor and mirror the engine ...


View more: Nissan SR20DET Engine To Go Back Into Production?

Rendering by Goo-net According to Japanese media, the next-generation could be making its debut in November 2022 and bookings will be starting soon. Still, there have been numerous spyshots of the sixth-gen Serena spotted in Japan and Thailand. Toyota Voxy (above) and Honda Stepwgn (below) Even though units have ...