Driverless vehicles take autonomous cars to a new level where people can hail a taxi and be driven to their destination without dealing with a human driver. Companies like Waymo have developed technology to allow for this self-driving experience. However, there are some challenges with Waymo that need to be addressed. Here’s a look at Consumer Report’s experience riding a Waymo taxi and a problem the reviewers had.

What sets Waymo apart from other taxi services? 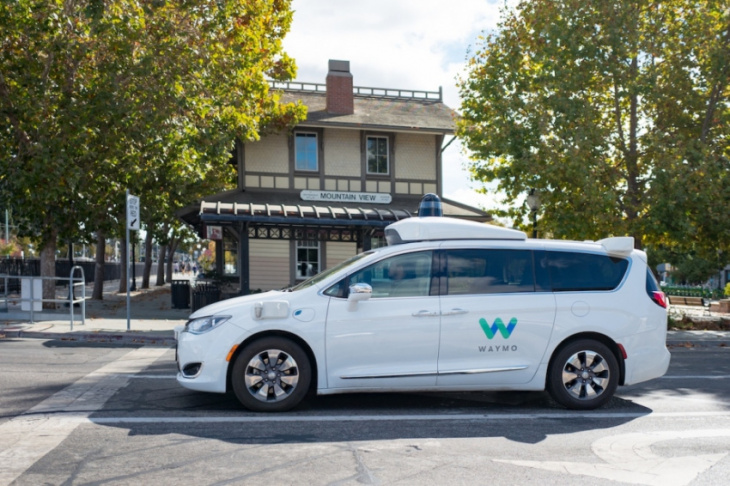 Waymo, formerly Google’s project vehicle, is trying to offer services like Uber, except this one drives itself. According to Consumer Reports, the reviewers were able to hail the minivan by going to the Waymo app and requesting a ride in Chandler, AZ.

Once the ride was set up, the app showed them where the van was while en route to their location, letting them know when to expect its arrival. Once there, they climbed into the second seat.

In front of them was a screen that allowed them to control the vehicle, letting it know they were ready to go or if they wanted to make a stop on the way to their final destination. The minivan took off from there, making all the necessary steering changes and braking to adjust to the driving situations around it.

What are Waymo’s drop-off challenges?

“With over 1 million global deaths on our roadways annually, the opportunity to improve safety is clear. The tragic, often preventable loss of life is unacceptable.”
Check out @Waymo co-CEO @techtekedra in @Entrepreneur 100 Women of Influence this year: https://t.co/TRSV6PsLwr pic.twitter.com/R6VvGpAjZi

As impressive as the self-driving vehicle is, it isn’t without challenges. One is regarding dropping off customers. Consumer Reports shared an experience the reviewers recently had where a Waymo van dropped off a rider who happened to be a blind student traveling alone. The problem was that the minivan dropped the individual off at the back of a large parking lot.

The reviewers were waiting to interview the student and a Waymo representative, who recognized the issue and ran to escort the rider across the lot and into the building.

That wasn’t the only issue the Consumer Reports team dealt with. At the start of the ride, after being picked up, the van had trouble figuring out how to exit the lot and turn onto an empty street. The team experienced some abrupt braking, but the vehicle finally figured out what to do, and the ride was relatively smooth afterward.

If you missed it yesterday, I got a pretty big scoop (for me, anyway): Autonomous driving startup Waymo announced the Waymo Accessibility Network as a means to partner with the disability community on building accessible self-driving tech. https://t.co/a97eqIbqvU

We’re definitely another step closer to having a driverless vehicle chauffeuring us around town from one of many companies, including Cruise. However, it seems to still be a little ways away from becoming a reality. Some wrinkles still need some ironing out, but Waymo is at least moving us forward.

Even Consumer Reports feels that we’re not quite at a point where humans aren’t overseeing the ride. While the reviewers were riding to a destination, agents would periodically call to inquire how things were going.

Waymo also has a team of people that will respond immediately should the vehicle get stuck somewhere or gets into a situation where an agent has to intervene. The van also comes with cameras, so support is always keeping tabs on every ride to ensure it goes as smoothly as possible, even when the vehicle gets pulled over.

So far, the Waymo driverless service is set up in a few select locations, including San Francisco, California.

Driverless vehicles aren’t quite here yet, but companies like Waymo are moving us closer to that goal. Once some of the issues, like the ones that happen when dropping riders off, are dealt with, we just may be at a point where self-driving vehicles will become more mainstream.