Confirmed: ULEZ to be extended to cover all London boroughs 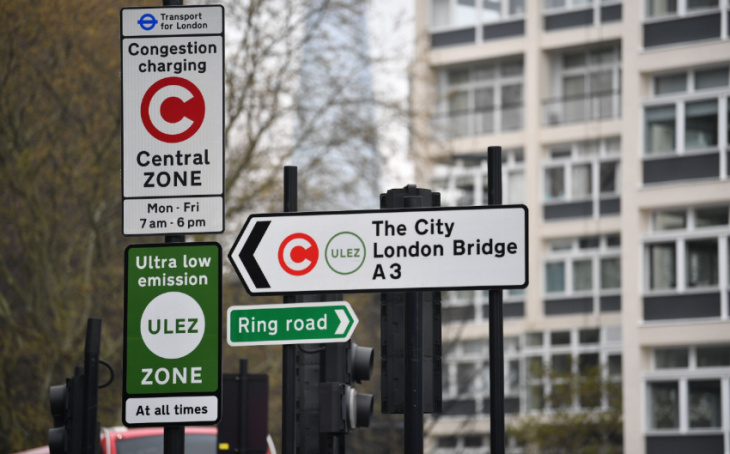 Hundreds of thousands of extra drivers face a £12.50 daily charge for driving in London from August next year after Sadiq Khan confirmed the Ultra Low Emission Zone (ULEZ) will be expanded across all boroughs in the capital.

The London Mayor said the expansion of the scheme will bring cleaner air to five million more Londoners, protecting them from medical conditions linked to air pollution such as asthma, dementia and cancer.

The ULEZ currently covers areas including Acton, Willesden, Tottenham, East Ham, Lewisham, Brixton and Battersea. The expansion will push the boundary out as far as the M25 motorway in some places, to cover the same areas as the current LEZ (Low Emission Zone).

This includes attractions and facilities including Hampton Court Palace, Heathrow Airport, and Chessington World of Adventures. 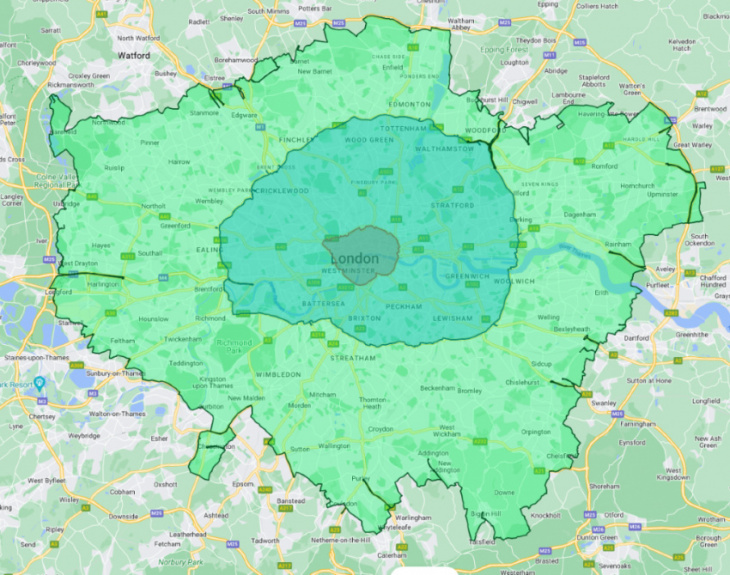 The ULEZ standards are not changing, so vehicles that are eligible to enter the current ULEZ zone without being charged will also be exempt when the zone expands, though older, more polluting vehicles will be liable for the daily charge meaning hundreds of thousands more drivers will be affected by the expansion.

Drivers of petrol cars with engines that are compliant with Euro 4 emissions regulations, which were introduced as far back as 2006, escape the ULEZ charge, though diesel-powered cars are only be exempt if the engine complies with the Euro 6 vehicle emission rules, which came into force in September 2015.

Some vehicle models met the standards prior to the rules coming into force, so the best way to find if a car is liable for the ULEZ charge is to use the online vehicle checker.

ULEZ checker: Is your car exempt from the Ultra Low Emission Zone?

Car registration plates will be scanned by Automatic Number Plate Recognition (ANPR) camera technology and if owners don’t pay the charge, which is currently £12.50 per day, within three days they will be sent a Penalty Charge Notice (PCN) of £160, reduced to £80 if paid within 14 days.

The expanded ULEZ will continue to operate 24 hours a day, every day of the year except for Christmas Day (when there is no public transport).

The Mayor announced that he is providing £110m for a new scrappage scheme to help disabled and low income Londoners, charities and micro businesses replace or retrofit an existing, more polluting vehicle.

He also said he will help disabled Londoners and community transport providers prepare for the expansion by extended existing ULEZ grace periods (temporary exemptions), with new grace periods be introduced on January 30, 2023.

Cleaner air is coming to outer London.
Today I’m announcing that we’re expanding the #ULEZ London-wide in a move that will bring cleaner air to *5 million* more Londoners. Here’s why ⬇️ pic.twitter.com/nAWjTweJ6b

A statement announcing the ULEZ expansion said: “Toxic air caused by traffic is leading to children growing up with stunted lungs and thousands of premature deaths a year – with the greatest number of deaths attributable to air pollution in London’s outer boroughs, which the ULEZ doesn’t currently cover.

“There has also been a slower rate of improvement in air quality in outer London than in central and inner London.

“The ULEZ is highly targeted at getting the most polluting vehicles off our streets. Expanding the ULEZ to cover most of London will strike the best balance between maximising the health and environmental benefits for Londoners while minimising the cost to drivers, especially as the cost of living increases.

“Already around 85 per cent of vehicles seen driving in outer London meet the ULEZ standards and nearly half of London households do not own a car but are disproportionately feeling the damaging consequences that polluting vehicles cause.”

The statement also claimed that many Londoners replaced some or all of their car and van journeys in the ULEZ with walking, cycling or public transport.

“Expanding the ULEZ to more of London will help us towards the Mayor’s goal of achieving a net zero carbon London by 2030.”

Keyword: Confirmed: ULEZ to be extended to cover all London boroughs