Clean air charge to be expanded to the whole of Greater London - drivers to pay £12.50

The Mayor of London explained that the expansion of the scheme forms part of his bid to tackle air pollution in the capital. It will also aim to decrease congestion on roads.

Air pollution contributes to in excess of 9,400 premature deaths every year in London, and costs the NHS between £1.4billion and £3.7billion per year.

Mr Khan said Londoners are “breathing in poison”, adding that the 10 boroughs with the most premature deaths from air pollution were all in outer London.

These are the boroughs the scheme will be expanding to, in the hope that the number of premature deaths will decrease. 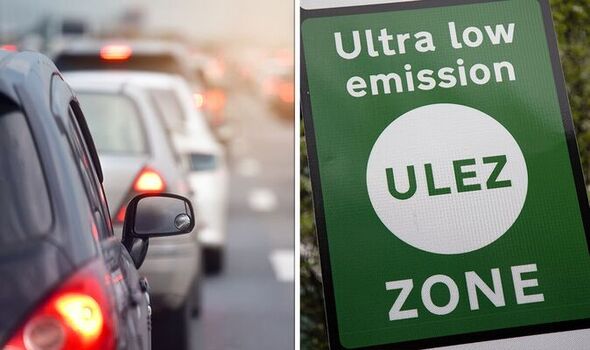 The £12.50 ULEZ charge is for vehicles that do not meet up-to-date emissions standards, which currently covers inner London.

This is as well as the £15 daily congestion charge for all vehicles in the very centre of London.

The ULEZ expansion will cover all of London, from the centre down to Chessington and up to the M25.

It will be enforced by numberplate recognition cameras, some of which are already in place.

A recent YouGov poll showed that Londoners support the expansion of the ULEZ. Fifty-one percent of the 1,245 adults surveyed were in support, while 27 percent were in opposition.

After looking at the high number of deaths due to air pollution in London, Mr Khan said: “Doing nothing is not an option for me.”

However, in an open consultation for the scheme, some critics said it was unfair to expand such a charge during a cost-of-living crisis.

Other cities, such as Greater Manchester, have changed their minds on introducing similar clean air zones because of this. 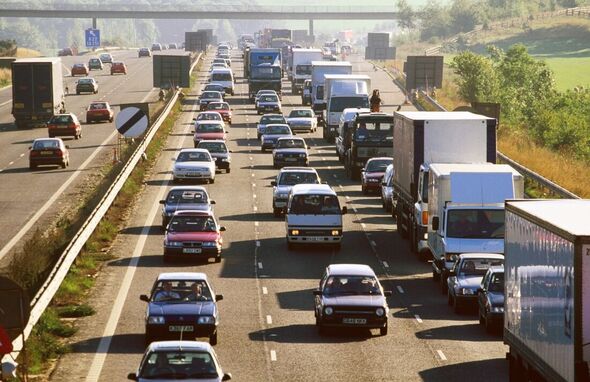 Mr Khan said he has taken concerns into consideration and has made some changes, for example, the expansion of a grace period for disabled people to update their vehicles. Community transport and charities will also be covered by the grace period.

The mayor also announced that the Greater London Authority would be setting up a £110million scrappage scheme to help people replace their polluting cars.

Anyone using the scheme will be given a credit towards buying a less polluting vehicle, as well as be given the option of a free travel card.

London isn’t the only city to have Clean Air Zones (CAZ) in the UK. Bristol will be the next city to launch a CAZ on Monday, November 28, which will see non-compliant petrol and diesel cars, taxis and LGVs being charged £9 to drive in the zone. 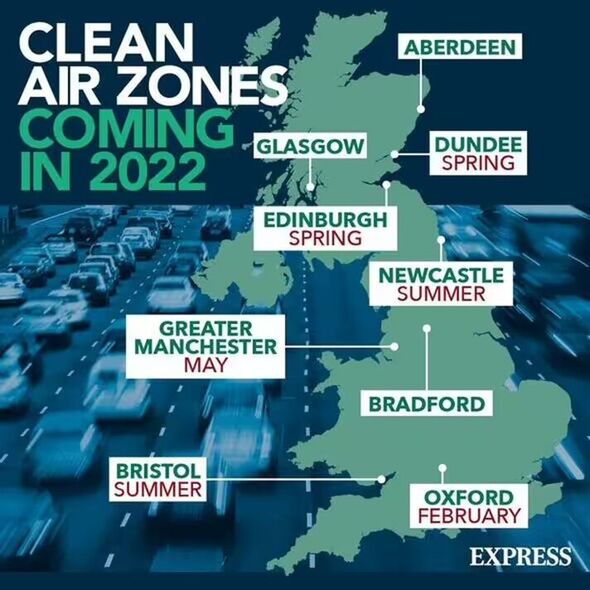 HGVs, buses and coaches will face daily charges of £100 yet motorbikes, fully-electric and zero-emission vehicles are exempt.

Mayor of Bristol Martin Rees said: “This is an important step on our journey to cleaner air and creating a healthier future for everyone in Bristol.

“We need to reduce harmful pollution in the city and reach the legal limits set by Government in the shortest time possible, but we also want to give those who need it, a bit more time to prepare. That could mean upgrading or changing a vehicle or trying out different and more sustainable ways to travel instead.”

Bath, Birmingham and Portsmouth were among the first cities to introduce CAZ in 2021, and many others are beginning to be enforced with Bradford launching last month and a Tyneside CAZ covering Newcastle and Gateshead will begin charging from January 30, 2023.

Keyword: Clean air charge to be expanded to the whole of Greater London - drivers to pay £12.50