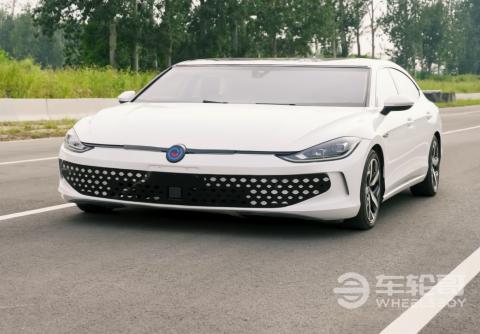 Although not legal and built basically as a fun project, the quality of work seems evident.

The Volkswagen Lamando L is a China-specific sporty five-door sedan with an extended wheelbase. However, a Chinese YouTuber and Tiktoker has modified his sedan and called it “Lamando 5XL”.

The Volkswagen Lamando 5XL is almost double the size of the standard 5-door sedan. The car has been modified to be 3 metres wide, giving the feeling of being photoshopped even to the creator himself. Apart from the stretched width of the car, most of the features are stock, including the steering, the dashboard and even the rearview camera. The modified VW sedan even carries the same engine as the stock car and is positioned towards the driver’s side under the bonnet, leaving a huge gap on the passenger’s side of the engine bay.

Although not legal and built basically as a fun project, the quality of work seems evident. The integration of the extension has been seamlessly covered in most places, both inside and out.