Could the brand leverage knowledge from KTM’s MotoGP outfit? 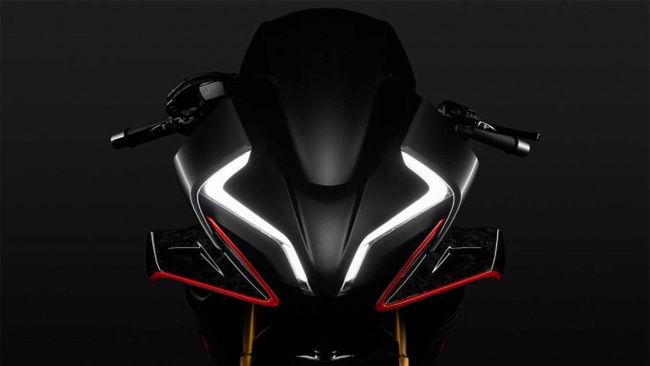 CFMoto and KTM have enjoyed a close relationship since 2013. In that time, the Chinese marque leveraged Team Orange mills to power models such as the 800 MT adventure-tourer, 700 CL-X platform, and 1250 TR-G grand tourer. With the adventure, touring, and retro classes in tow, CFMoto set its sights on the sportbike category as of late.

The firm not only debuted in the Moto3 World Championship (on KTM machinery) in 2022, but it also pulled back the covers on its SR-C21 concept in November, 2021. By April, 2022, CFMoto opened bookings for the resulting production model, the 450SR. It seems like the company has bigger fish to fry in the coming years too.

According to German media outlet Motorrad, CFMoto submitted a patent application for a 1,000cc, V4-powered superbike in June, 2022. From a bird’s eye view, the literbike could potentially hold its own with today’s top contenders thanks to its 150 kW (204-horsepower) rating. Still, the question remains: is CFMoto developing or sourcing this fire-breathing mill?

Based on the patent drawings, we expect CFMoto’s V4 to boast short rocker arms and a cooling system with two water hoses traversing the cylinder banks. It’s the 75-degree configuration, however, that poses the biggest questions.

The Red Bull KTM MotoGP Team previously utilized a 75-degree V4 until the 2017 season. With the obsolete engine out of commission, KTM could share that Grand Prix know-how with its Chinese partner. On the flip side, the Austrian OEM doesn’t currently offer a V4-powered model of its own.

Within the broader sportbike segment, KTM only sells the RC 390 as a street-legal model. Many expect the Ready to Race brand to release a road-going RC 990 in the near future, but that bike won’t hold a candle to CFMoto’s V4-powered superbike. Regardless of its origins, we’re excited that the Chinese manufacturer pushing the performance boundaries. We can’t wait to see just how CFMoto develops the platform moving forward.