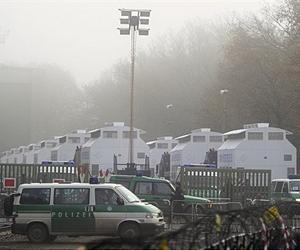 A major Chinese carmaker struck a deal Thursday to build an electric vehicle plant in Thailand, according to the local property developer, its first factory in Southeast Asia.

BYD, one of the most prominent Chinese brands in the electric vehicle market, will buy a 96-hectare plot to house the facility, from Thai property developer WHA Group.

The site — about 140 kilometres southeast of Bangkok — will eventually be able to produce up to 150,000 vehicles a year and is expected to be operational by 2024, WHA said in a statement.

The cars will be destined mainly for the Southeast Asian and European markets, it added.

Chinese manufacturers are now looking to build an overseas presence.

BYD got a foothold in the European market by setting up shop in Norway before expanding to neighbouring countries.

The brand, known in Europe for its electric buses, now has operations in Hungary and France.

Originally specialising in battery production, BYD moved into the automotive sector in 2003 and has since become a heavyweight in electric vehicle production.

The firm stopped producing petrol-powered cars in April, saying it would only produce hybrid and electric models in future.

Recall issued for the Nikola Tre in the USA

You can now buy an amphibious electric vehicle for $50,000

Chinese company Geely has taken a stake in Aston Martin. Their investment is part of a £654 million capital raise for the British premium car brand. According to a terse statement from Aston Martin, Geely joins existing investors such as Mercedes-Benz in the Public Investment Fund. The fund has ...

Varta has announced bundling the e-mobility and battery businesses into a separate company, confirming rumours from earlier this year. The new V4Drive SE will target the fast-growing market for large-format lithium-ion cells, says Varta. The independent company bears the name of Varta’s new battery cell V4Drive, which Varta presented ...

1. Be sure to drive gently 2. Keep your tires inflated properly 3. Plan your routes ahead of time 4. Turn on eco mode when possible 5. Take a peek at the owner’s manual What is the most efficient way to drive an EV? Although electric vehicles (EVs) today ...

Tata Tiago EV Is A $10,000 Electric Vehicle For The Masses

Unfortunately, it's only for India.


View more: Tata Tiago EV Is A $10,000 Electric Vehicle For The Masses

Toyota Motor Corp President Akio Toyoda recently shared a subtle dig at self-driving cars during a meeting with the company’s dealers. The Toyota executive argued that the electric vehicle transition would take longer than expected. “Just like the fully autonomous cars that we were all supposed to be driving by ...

Sime Darby Motors is now the authorised distributor of BYD electric cars in Malaysia   Sime Darby Motors (SDM) Malaysia has inked a Distribution Agreement with BYD, which is one of the world’s leading manufacturers of new energy vehicles. This will mark the entry of BYD’s electric vehicles (EV), namely ...


View more: BYD EVs are coming to Malaysia, to be sold by Sime Darby

The German Federal Supreme Court is hearing a case to decide how much power manufacturers have over vehicle batteries in a lease. The court will decide whether it is legal for the battery of an electric vehicle to be remotely turned off in the case of an extraordinary termination ...

Tritium to supply DC chargers for EV Highway in Australia

Ionity to cooperate with &Charge

Shell and Tesco team up for EV charging in Hungary