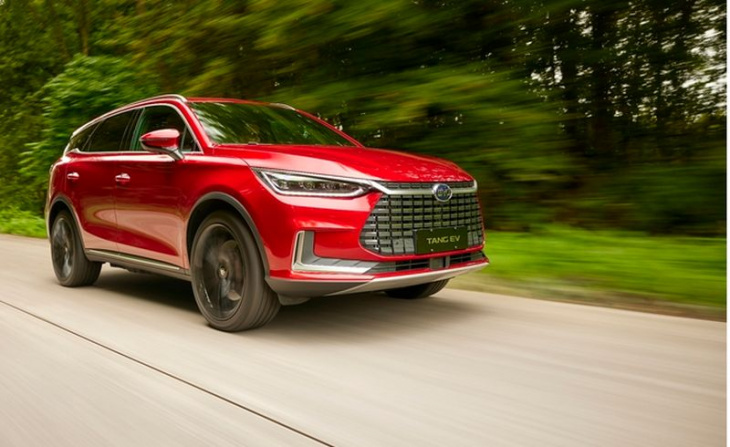 BERLIN: BYD might be a household name in China, but many drivers in Western markets have never even heard of this electric car brand.

That’s about to change, and the Chinese electric market leader is launching with three cars in Europe by the end of the year.

The first model is the Atto 3, which is 4.45 metres long and is set to compete with electrics like the VW ID3. It’s designed as an SUV with a 204-hp motor on the front axle which can help it reach a top speed of 160kph, BYD says.

The big brother of the Atto is the 4.87-metre-long Tang, in which one motor per axle provides all-wheel drive.

According to BYD, they have a combined output of 517hp and allow up to 180kph top speed. The battery in the floor under the cabin with a maximum of seven seats provides 86.4 KWh – enough for up to 400km, BYD says.

Third in line is the 5-metre Han saloon, which rivals pricier electrics like the Tesla Model S or the Mercedes EQE. It uses the same motors and has a battery capacity of 85.4 kWh. Due to more favourable aerodynamics, however, it can travel up to 521km.

While the Chinese are already giving relatively precise details about the technology, they are still silent about distribution, pricing and in which exact markets the cars will be offered. So far, the cars have only been confirmed for Germany.