China: Zeekr Will Be The First Brand To Use CATL's New Qilin Batteries

CATL and Geely’s Zeekr jointly announced that Zeekr will be the first car brand to use CATL’s latest Qilin batteries.

The two companies have reached a five-year strategic partnership agreement and confirmed the use of Qilin batteries in two models:

An Conghui, CEO of ZEEKR said:

“ZEEKR 009 with Qilin inside will be delivered to our customers in Q1 2023, and ZEEKR 001 Qilin edition will be rolled out in Q2 2023. Supported by the world-leading SEA and the cutting-edge Qilin batteries, we will be able to offer absolute driving pleasure to our customers,”. 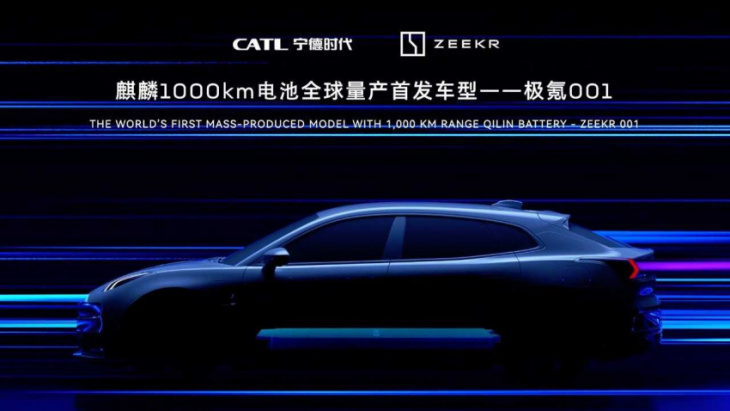 The Qilin battery (English “Kirin”), announced in March 2022 and unveiled in June, is essentially the third generation of CATL’s cell-to-pack (CTP) battery system, based on prismatic lithium-ion cells (LFP or NCM). It’s named after a legendary creature in Chinese mythology.

According to the Chinese manufacturer, the Qilin battery packs offer a record-breaking volume utilization efficiency of 72% and an energy density of up to 255 Wh/kg (NCM version).

High energy density should enable the production of cars with a range of over 1,000 km (622 miles). 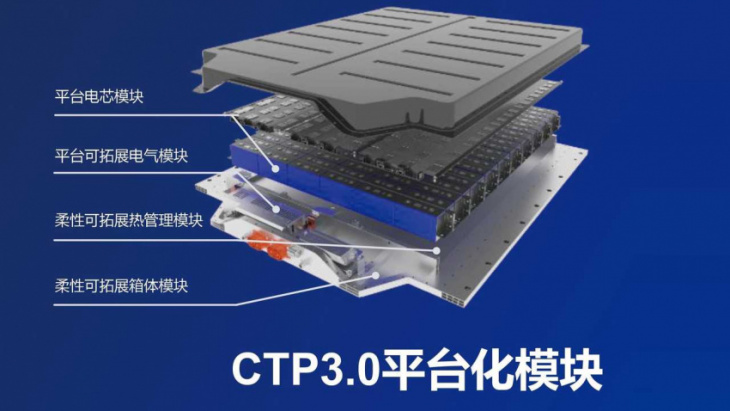 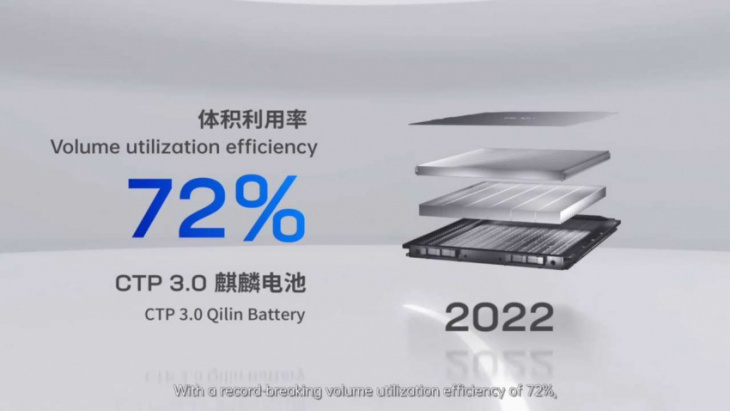 The new Qilin battery is vastly different than the first generation of CTP technology, introduced in 2019, which offered a volume utilization efficiency of over 50% (up to 55%).

As we can see below, instead of several sections of prismatic cells and a top cooling plate (left), the cells are now set across the battery in lines, with internal cooling plates between the lines (right): 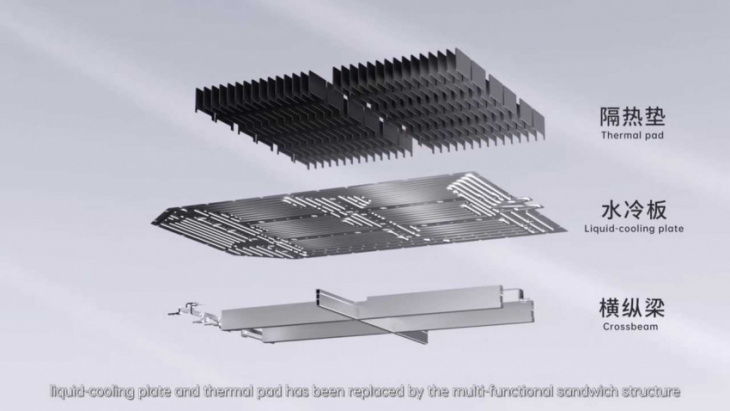 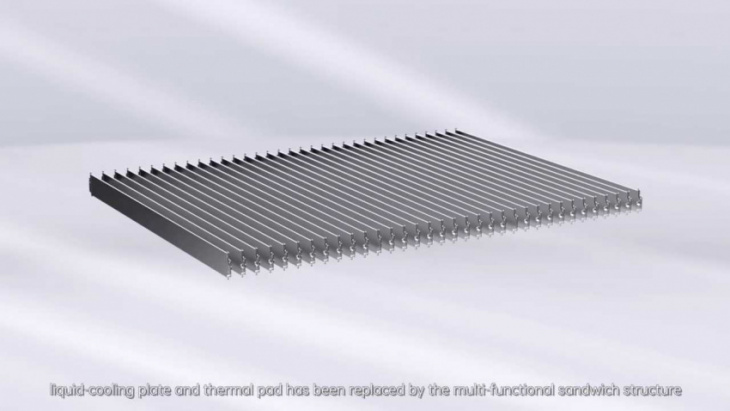 The new cooling approach increases the heat transfer area by four times, compared to the previous solution, which enables it to withstand a prolonged 4C charging current and charge the battery from 10% to 80% state-of-charge (SOC) in just 10 minutes. The battery system also supports a “hot start” in 5 minutes. 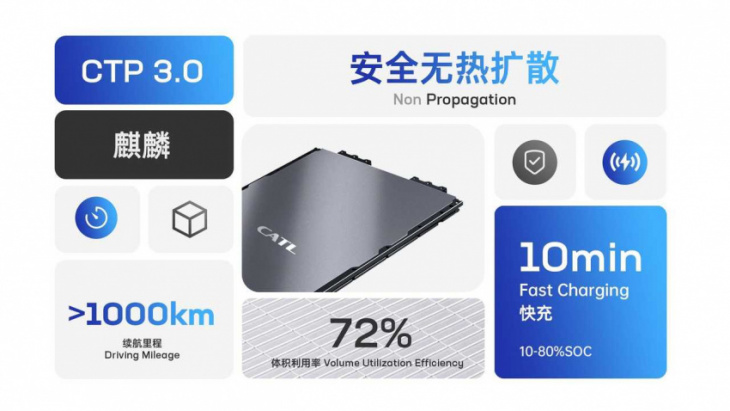 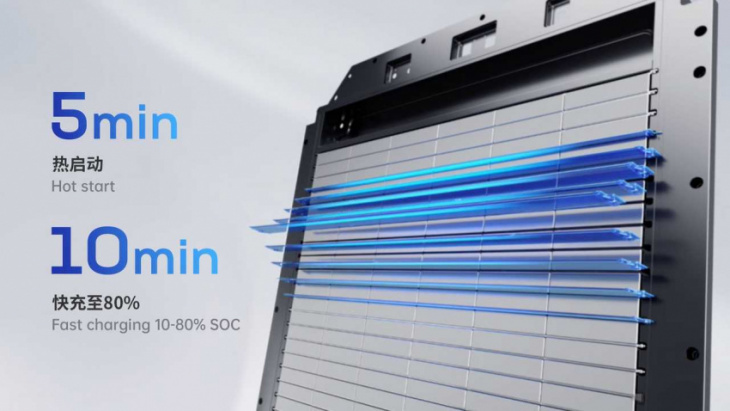 Here is how CATL describes the main elements of the new battery system:

Function Integration. In the CTP 3.0 battery, the internal crossbeam, liquid-cooling plate and thermal pad have been integrated into a multifunctional elastic interlayer. It also features built-in micron bridges inside the interlayer, which flexibly accommodate the changes inside the cell, improving the battery reliability throughout its full life cycle. The integrated energy unit, which is composed of the cell and the multifunctional elastic interlayer, builds a more stable load bearing structure perpendicular to the driving direction, thus enhancing the shock and vibration resistance of the battery pack.

Disruptive Water Cooling Design. By placing liquid cooling functional parts between adjacent cells, the trailblazing large-surface cell cooling technology increases the heat transfer area by four times, cuts thermal control time in half, and supports a hot start in 5 minutes and fast charging in 10 minutes. It enables the cell to cool down rapidly in extreme circumstances, effectively preventing abnormal thermal conduction among cells. Moreover, it has achieved thermal stability and thermal safety for all chemical systems, making it compatible with materials with higher energy density.

Interesting input from CATL is the comparison between the Qilin battery and a battery system with 4680-type cylindrical cells (recently used by Tesla).

CATL says that the Qilin battery can deliver 13% more power than the 4680 battery and a higher volumetric integration (72% vs 63%), as well as better thermal efficiency and faster charging.

“With the same chemical system and the same pack size, it can deliver 13% more power than the 4680 battery, accomplishing an all-round improvement in range, fast-charging, safety, service life, efficiency and low-temperature performance.” 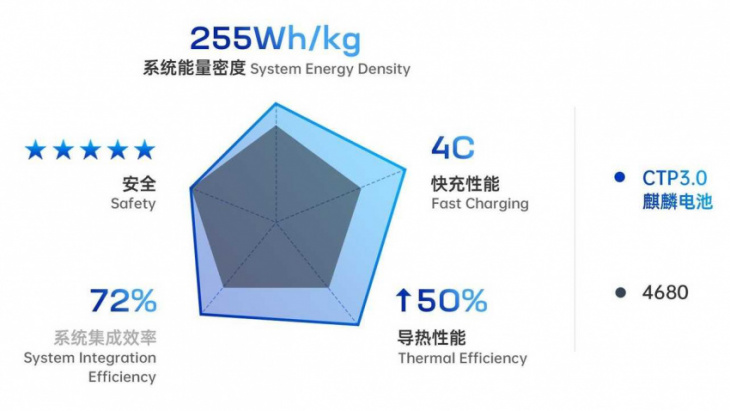 Here is another chart: 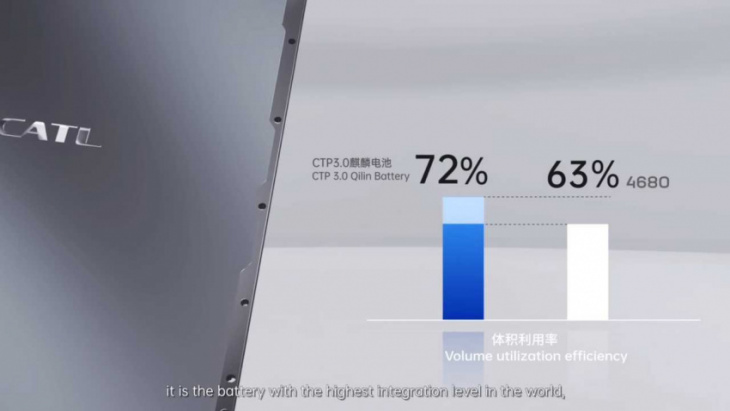 Keyword: China: Zeekr Will Be The First Brand To Use CATL's New Qilin Batteries