China's leading AI company, Baidu, has been granted the first few permits to offer driverless taxi services within the country, but how does that impact Grab?

Available to the public and to operate soon on the public roads of Chongqing and Wuhan, the Chinese authorities are putting a lot of trust in Baidu's capabilities of expanding its autonomous vehicle offerings and services. 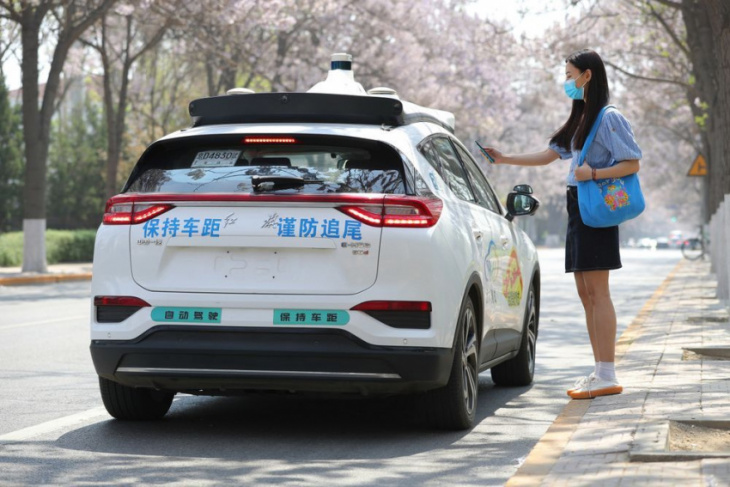 Baidu has said that the fully driverless 'robotaxi' services will be made available within designated areas of Wuhan and Chongqing from 9 am to 5 pm and 9.30 am to 4.30 pm respectively.

For the initial setup, the services will only cover 13 square km in the Wuhan Economic & Technological Development Zone, and 30 square km within Chongqing's Yongchuan District. The permits were given to Baidu based on a number of safety testing and licensing steps to ensure that they can operate safely.

These include Baidu's autonomous driving system, monitoring redundancy, remote driving capability, and safety operation system which are claimed to have undergone a total test mileage of over 32 million km. 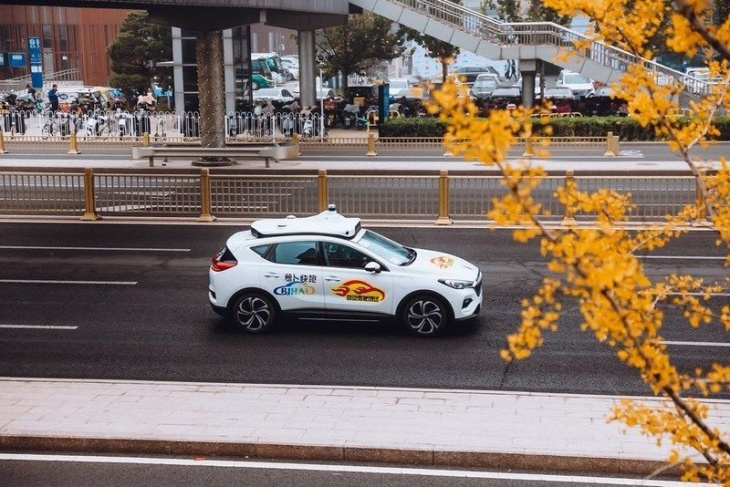 Grab is also linked to Baidu?

Looking far into the future, it's a possibility that ride-hailing service providers like Grab might get onto the autonomous vehicle bandwagon. Why? Grab and many other companies are part of Baidu's open platform program focusing on the development and adoption of autonomous driving.

Called the Apollo project, Baidu and many other companies like Grab, NVidia, Bosch, Microsoft Cloud, Velodyne, and more are joining forces to allow access to each other's tech in autonomous vehicles.

We're talking cloud services, open software stack, reference hardware, vehicle platforms, and many more. In other words, Apollo is like the Android OS of the autonomous vehicle, and it won't be long before we see its uprising in other countries.

Hopefully, in a good way. Not the 'Terminator' kind. Should we look for our very own 'John Connor' now, just in case?

This Great Chevy Corvette Alternative Costs Less Than Half the Price

History of car stereos: radios, records and cassettes to CDs and MP3s

3 New Subcompact SUVs That Should Be On Your Christmas List

3 Reasons to Buy the 2023 Ford Ranger XL Base Model


View more: Is the Turbo in the Mazda CX-30 Worth the Premium Price?

The powertrains in both the 2023 Honda Civic Si and 2023 Acura Integra are the same The 2023 Acura Integra has a slightly more comfortable interior than the Civic Si Beauty is in the eye of the beholder when it comes to these two cars If you need more ...

Spec Showdown – GSX-8S Vs Hornet Another Honda and Suzuki slugfest commences. Name recognition carries much weight in today’s motorcycle market. From the Ninja to the Sportster to the Monster, sometimes, only one word is required to visualize a model. Honda wasn’t leaving anything to chance when it debuted ...

Eight EVs made the top 10 this year.


View more: The 2023 Kia Forte GT: The Best Performance Sedan On A Budget

There’s only one choice in the Malaysian market right now if you’re looking for an electric vehicle (EV) that also sits 7 people. Launched in September this year, the Mercedes-Benz EQB 350 4MATIC fetches a price of RM328,888 and is offered in one variant only. Based on the Mercedes-Benz ...

Only 1 Subaru Model Improved Reliability in 2022, According to Consumer Reports


View more: Only 1 Subaru Model Improved Reliability in 2022, According to Consumer Reports

The 5 Best Trucks for the Money

These Popular Luxury SUVs Under $100,000 Are Worth the Cash

3 Reasons the 2023 Ford Maverick Is the Cheapest Compact Truck

What’s the Best Pickup Truck for the Money?

The right Waze to go, why it's better than Google Maps

Owner review: Sporty and Practical, you can have it all. My 2016 Honda Civic

Why Is the 2022 Toyota Tacoma the Most Disappointing Truck?

This 2023 Chevy Silverado Trim Dominates With the Most Value