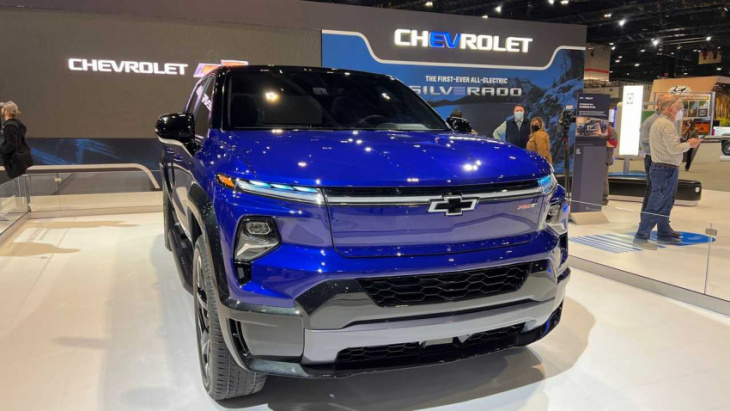 Earlier this month, Buick announced that it will follow Cadillac’s example and offer buyouts to its franchise dealers in the US that don’t want to make the necessary investments to upgrade to EVs.

Buick CEO Duncan Aldred said that all 2,000 of the brand’s franchise dealers will be given the opportunity to take a buyout. This means that dealers who accept the buyout will no longer be affiliated with the Buick brand and can no longer sell its vehicles; they can still sell other General Motors vehicles.

As it turns out, Chevrolet stands to benefit a lot from this. That’s why GM’s main brand will take a different approach to the more upscale marques. The brand’s global vice president Scott Bell told The Verge at the 2024 Equinox EV unveiling last week that Chevrolet won’t follow Cadillac and Buick in offering buyouts to dealers.

He went on to say that dealers who choose to take buyouts from the two sister brands could end up exclusively selling Chevrolet vehicles; in his view, this is good for the brand.

“The minute they pull back and say, ‘You know what, I’m not ready to go all in for those brands,’ they’re now 100 percent a Chevy dealer, which is a good thing for Chevrolet.”

The executive argued that Cadillac and Buick’s loss is Chevy’s gain, noting that the dealers that represent 95 percent of Chevrolet’s sales are already selling at least one EV model—the Bolt EV/EUV. Bell added that those dealers have demonstrated a willingness to spend the money that’s necessary to sell even more EVs, which are set to be released next year: the Equinox EV, Blazer EV and Silverado EV. To Bell, “they certainly have committed to the Chevy brand.”

The executive believes that most of Chevrolet’s 3,000-plus dealers seem to be on board with General Motors’ push to convince mainstream car buyers to switch to electric.

However, the fact remains that some Chevrolet dealers are less than thrilled about shifting to EVs. Having been in the internal-combustion engine business for years, they hesitate to fully embrace the switch to electric as that comes with expensive upgrades to their stores to accommodate charging stations and special equipment to service EVs. As The Verge points out, these investments can reach sums of over $300,000 per dealership.


View more: How Much Is a Fully Loaded 2022 Chevrolet Camaro?

Production must increase to 70,000 units annually to meet demand.

The owner’s daughter is using social media to try to get her dad’s Corvette returned… Car thieves are becoming increasingly more brazen by the day. If you need proof of that, take a look at the Split Window 1963 Chevy Corvette that was lifted while a car show was taking ...