Chevrolet Global Vice President Scott Bell has said that he will not offer dealerships a buyout if they don’t sell electric vehicles.

In recent years, General Motors brands Buick and Cadillac have announced that they will give dealers a buyout option if they are unwilling to sell electric vehicles. However, according to The Verge, the same opportunity will not be available to Chevy dealerships. This has made many curious; what is GM’s plan for their dealership network?

Cadillac was the first GM brand to offer dealers a buyout option if they were unwilling to invest in sales electrification and its associated investments. This meant that the brand would pay the dealer a one-time payment to back out of their dealership contract, but they would no longer be able to sell vehicles from the brand. According to The Verge, roughly one-third of dealerships took the opportunity before the option closed earlier this year.

Chevy’s Global Vice President Scott Bell stated that he would not be taking the same path, and the Chevy leader sees this as an opportunity. As other GM brands exit these dealerships, he argues that they will likely shift to sell more Chevy vehicles and further expand the Chevy brand. 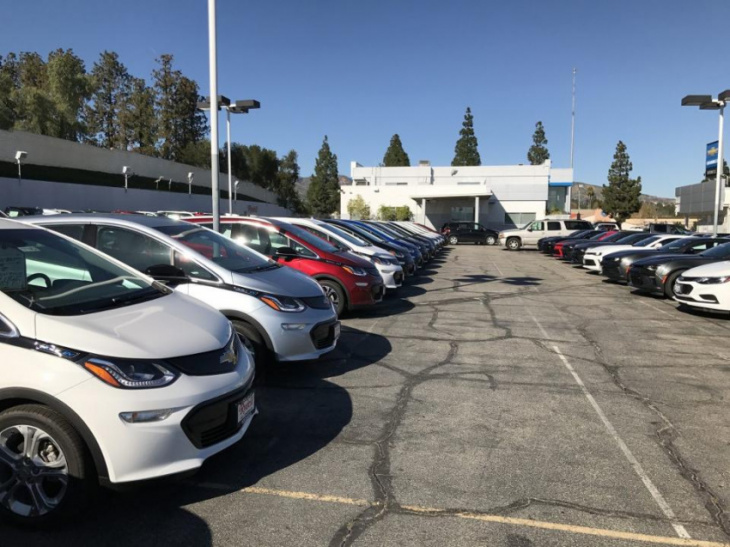 This is yet another reminder that GM can be a dysfunctional family of brands, to say the least (look at Saturn). But unlike GM’s main competitor, Ford, it is unclear how they will change their dealership system to remain competitive in the coming years. Furthermore, the brand buyout option has many wondering; why give the dealers the chance to leave their dealer contracts at all? Couldn’t the manufacturer force the dealer to sell EVs by making them the only option?

Ford CEO Jim Farley has laid out a series of changes that he would like to implement to modernize Ford’s dealership network, primarily by decreasing dealer inventory and increasing the use of the custom order system. Mary Barra has not made the same commitments, but the clock is ticking, and GM will need to act fast if they want to remain competitive.

Keyword: Chevrolet will NOT buy out Chevy dealerships if they don’t sell EVs

The late Myron Scott came up with the Corvette name after flipping through the dictionary one night. The Chevrolet Corvette has enjoyed seven decades of existence to this point, which is a very long time by any automotive standard. As such, there are many famous names associated with that ...


View more: Myron Scott, the Man Who Named the Corvette, Is Set to Receive Another Honor

Chevy has launched a new marketing campaign that centers around NFL football, and the first ad is getting people's attention.


View more: Chevrolet Kicks Off Campaign With New Ad: EVs For Everyone

With the arrival of the 2022 Chevrolet Silverado ZR2 earlier this year, our selection of gasoline-powered mega-pickups grew to three. While the Chevy gets magical Multimatic DSSV spool dampers and a 6.2-liter V-8, it offers neither the decadent horsepower nor the outrageous pre-runner bodywork of the Ford F-150 Raptor and ...


View more: The Chevrolet Silverado ZR2 and the Mystery of '4WD Off'

Chevrolet Will Let Z06 Buyers Help Build Their Own Engines... For a Price