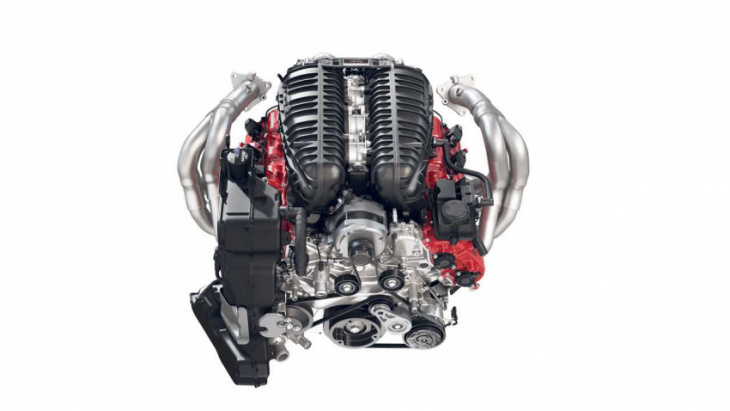 Apart from the looks, the main highlight of the new Corvette Z06 lies in what resides behind the seats. Specifically, GM’s new 5.5-liter LT6 flat-plane crankshaft DOHC all-aluminum V8 engine.

Buyers of the Chevy Corvette Z06 will have a very personal touch on this part of the sports car, though. In an announcement during the 28th-anniversary celebration at the National Corvette Museum, Corvette Assembly Plant Director Kai Spande announced that customers will be able to build their own engines. The said offer will begin in Q2 2023 and will be exclusively offered for the LT6 engine.

The Build Your Own Engine (BYOE) service will be done in the Performance Build Center inside the Corvette Assembly Plant in Bowling Green, Kentucky. Those who will avail of the service assemble their own engines under the supervision of a master engine builder.

According to Spande, the customer will be assigned to a station and all the engine parts will be brought near. This is unlike the previous process where the customer will fall in line with other builders to get the parts using a cart and transfer from station to station.

After the fully assembled engine, it will move on to a mandatory dyno run then back to the plant where it will be installed on the buyers’ Z06.

The BYOE was previously offered to customers before with a price tag of around $5,000. If you’re interested, expect the price to be much higher.

However, if you’re expecting it to happen soon, you’re in bad luck as Chevy has already closed the ordering books for the 2022 model year. You can still order for a Z06 but that will be for the 2023 model year, which means your build date will be at a much later time.


View more: How Much Is a Fully Loaded 2022 Chevrolet Camaro?

Production must increase to 70,000 units annually to meet demand.

The owner’s daughter is using social media to try to get her dad’s Corvette returned… Car thieves are becoming increasingly more brazen by the day. If you need proof of that, take a look at the Split Window 1963 Chevy Corvette that was lifted while a car show was taking ...