Chevrolet Corvette Production Pauses For A Week Due To Supply Issues

GM's main plant in Mexico is also halting its production for the same reason. 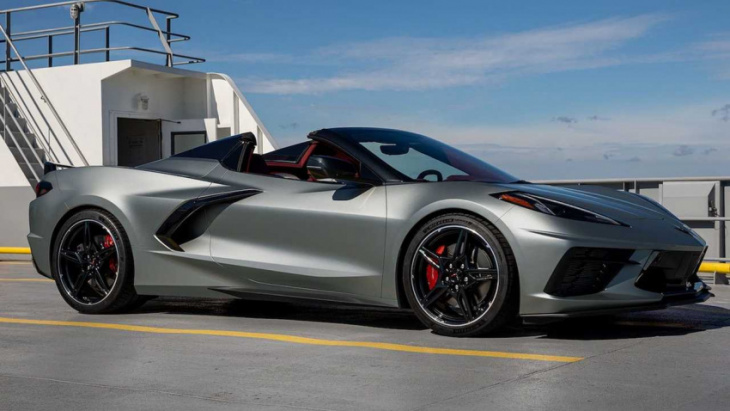 Chevrolet is hitting the pause button for the Corvette’s production a week before Labor Day. GM’s main plant in Mexico is also halting its production next week, as reported by Automotive News. The reason for the production pause isn’t new, as supply chain and parts issues have continued to plague automakers around the world since last year.

According to a Chevrolet spokesperson:

Due to a temporary parts supply issue, we can confirm that Bowling Green Assembly will not run production the week of August 29. Our supply chain, manufacturing, and engineering teams are working closely with our supply base to mitigate any further impact on production, and we expect the plant to resume normal operations on Tuesday, September 6, following GM’s annual observance of Labor Day on Monday, September 5.

This means that the Bowling Green Assembly plant in Kentucky will not be making any mid-engine Chevrolet Corvette C8 starting from August 29 up until September 5.

Meanwhile, GM’s main plant in Mexico, which makes GMC and Chevrolet pickup trucks, is expected to return to normal operations on September 5, as reported by Automotive News. The production in GM’s other three plants that make full-size trucks are not affected by the suspension. The truck assembly plant in Flint, Michigan will also be doing extra shifts this weekend, according to the publication.

This information hasn’t been confirmed, though. We reached out to Chevrolet about the Corvette Z06’s production woes. We’ll update this story once a response arrives.

Keyword: Chevrolet Corvette Production Pauses For A Week Due To Supply Issues

Vast majority of 2023 Corvette Z06 buyers want every option, but GM won’t be able to fulfill all of those requests. Much ado has been made about the 2023 Corvette Z06 in general, and for good reason – after all, we are talking about an exciting product with a ...

Bid to win this three-time NCRS Top Flight winner with scoring sheets included with the lot. The early generations of the Chevrolet Corvette were made with a personality you can’t find with virtually any other car. It honestly could be said that if the original designers could have filled the ...

Chevrolet’s Silverado 1500 was updated for the 2022 model year and now the truck’s heavy-duty big brother has been updated as well. The updated Silverado HD was revealed late on Monday in both 2500HD and 3500HD guises and will make a public debut on Sept. 29 at the 2022 ...

Enhanced Duramax V8 Fresh New Look Healthy Dose of Refinement Inside Photo: General Motors Chevrolet today unveiled the revised and improved 2024 Silverado HD, which will enter production in Oshawa and go on sale sometime in the first half of 2023. Many of the changes that were made to ...

Powertrain, Towing and Payload Trailering Tech Improvements Pricing and Release Date 2024 Chevrolet Silverado HD | Manufacturer image Competes with: Ford Super Duty, Ram 2500/3500 Looks like: A less garish Silverado 2500/3500 with the interior it should have had from the start Powertrains: 6.6-liter V-8 with 401 horsepower, 464 ...

In the perpetual game of one-upmanship in the Detroit Truck Wars, it is popular for pickup makers to beat each other over the head with towering torque and sumptuous interiors. For 2024, Chevrolet has taken some existing consumer criticisms to heart — particularly in terms of the truck’s interior. Right ...

Ready to tow — and tow foes out of the mud.

This 1965 Corvette L78 quite literally has it all with a rare powerplant, a total redo, and plenty of hardware. With each passing auction, we always come across at least a few jaw-dropping Corvettes worthy of a closer look. Oftentimes, these cars are rare, tastefully modified, historically notable, or ...