Check Out This Neo-Retro Sportbike Concept From Chinese Brand Zeths

The ZFR 500 R borrows styling cues from the racing machines of the 1980s. 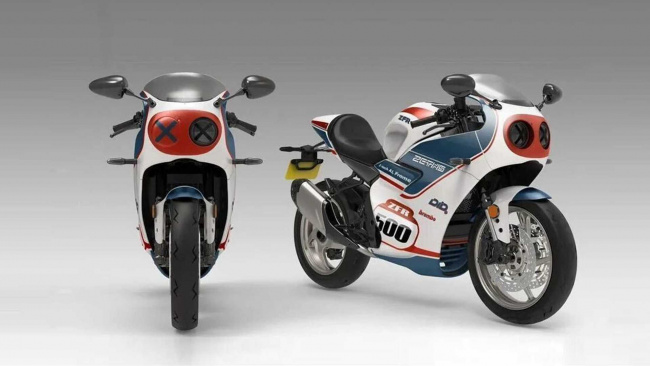 Zeths is one of the several Chinese companies that have just begun to take off. Zeth is a manufacturer that was established in Kunshan, close to Shanghai, in 2016. Unlike most other manufacturers in this area, Zeth does not focus on the entry-level market. Zeths really caters to a premium to high-end clientele, therefore by Asian standards, it only sells bikes with engine sizes starting at 250cc.

The ZFR 500 R is the brand’s most recent creation, which targets the quickly expanding neo-retro market. The ZFR 500 R boasts style that is obviously influenced by superbikes from the 1980s. It is evident from its name that it has an engine with a 500cc or less displacement. The likelihood is high that the ZFR 500 R will use a liquid-cooled, fuel-injected, parallel-twin engine with a 180-degree crankshaft, like the majority of Chinese makers of 500cc models. This is appropriate for A2 license holders because it should be good for about 50 horsepower.

The side fairing of the ZFR 500 R reveals, at least in part, an aluminum frame underneath. An inverted telescopic fork is employed up front, though it’s still unclear whether it’ll feature any adjustability. Furthermore, p articularly for this engine size class, the single-sided aluminum swingarm at the back stands out, and gives the bike a much more premium appeal. The dual-disc front brake, presumably from Brembo, is housed in the cast aluminum wheels by four-piston calipers that are positioned radially and also have ABS as standard.

Although Zeths has yet to officially launch the ZFR 500 R Avenger, it’s expected that the bike will go on sale by May, 2023. Currently, the price is still unknown, but a figure around the $7,000 USD range would seem reasonable. At present, Zeths operates mainly in the Chinese market. However, it’s a common practice for other brands to import Chinese motorcycles and subsequently rebrand them for other markets, especially in Asia and Europe. It’ll be interesting to see the production version of the Zeths ZFR 500 R, as fully-faired neo-retro sportbikes, especially of this caliber, are far and few in between.