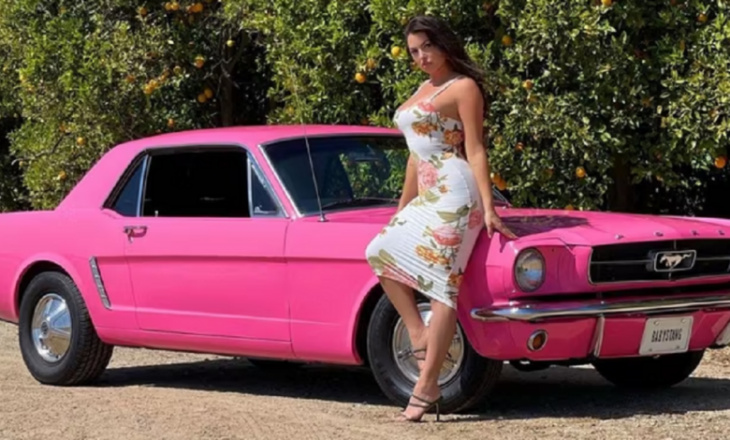 There are very few women who try and change the age-old norms that have been created in various occupations around the world. Time and again women have shown us that “being tough” has more to it! Some notable women have pushed the threshold of motorsports and many have also made challenged their way of life, like Lisa Kelly who was the first-ever woman contestant to take part in Ice Road Truckers.

But then some carry the glam world and grease world hand-in-hand. Constance Nunes is one such personality who fuses her love for modeling and cars into intense Instagram posts. She is not your predictable influencer she doesn’t even go the full-out influencer route. She loves cars a lot, especially classic Ford offerings.

This affinity started for here from her childhood days when she used to stay with her dad while working on cars. The love stayed put and she embraced it further. Constance Nunes has been the face of Car Masters: Rust to Riches by Gotham Garage.

And she is not hesitant in getting grease on her hands. If you follow her on Instagram, the Babystang would surely have gotten your notice. It is a 1964.5 Mustang that she has owned for 17 years now (that’s family!). And recently, she gave her beloved Mustang a “bright” and “bold” makeover. 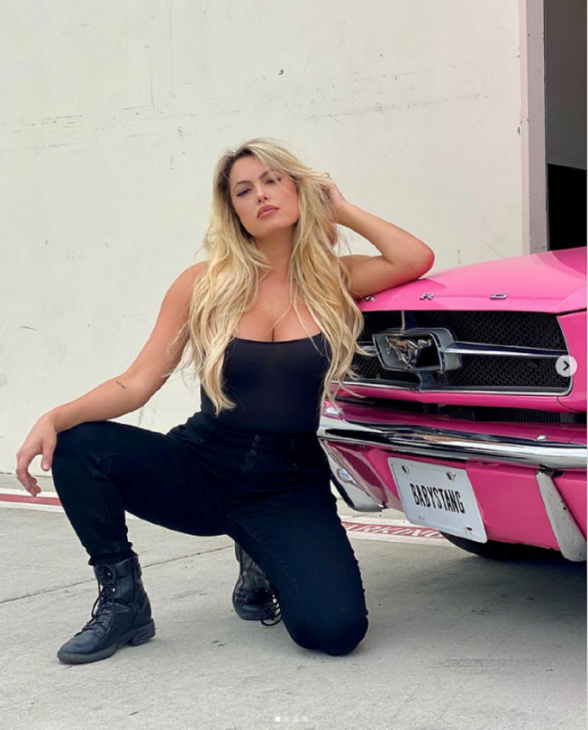 With help from Nationwide Vehicle Wraps, Constance Nunes got her Babystang wrapped in quite the bold color. If you are an ardent follower of Constance on Instagram, you will know that she loves her Babystang. And it takes a lot of back-and-forths to do a visual mod as bold as its new pink facade.

It is not a full-on paint job because even Nunes can have a change of mind. And so she opted to do a full-body wrap in a bright pink shade. We know that this makeover might seem outrageous for many, but frankly, it does suit the Mustang. Before the wrap job, this Mustang flaunted a gunmetal gray shade. 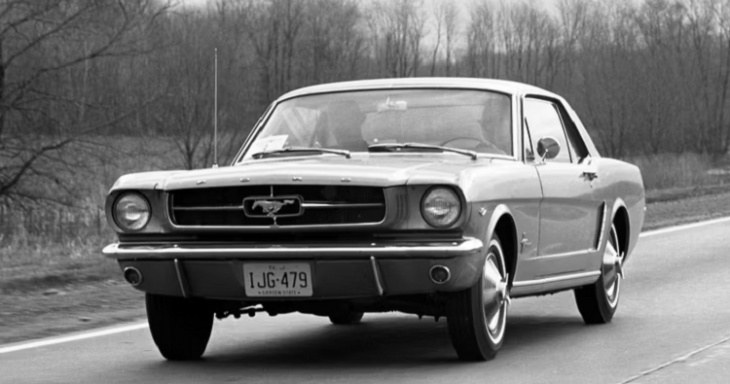 Constance Nunes’ Babystang is a very special Mustang because it is one of the first Mustangs to be produced. The first-generation Ford Mustang was launched in 1965, but the American automaker started manufacturing it in March 1964.

Because of this a few of the all-new Mustangs came out in 1964 and are lovingly called the 1964.5 Mustang. A total of just over 121,500 units of the 1964 1/2 Mustangs were made, and Constance Nunes owns one. This “1/2” Mustang also came with a slightly varied set of engine options that were less powerful than the 1965 Mustang. 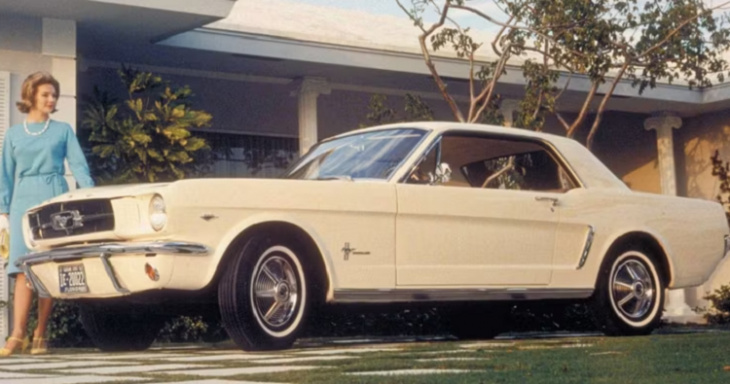 The hood has a “stiffening skirt” that made the 1964.5 Mustang look sharper. It was also devoid of the hood moldings as seen in succeeding Mustangs. Also, only seven colors were offered on the 64 1/2 Mustangs – Guardsman Blue, Skylight Blue, Cascade Green, Phoenician Yellow, Twilight Turquoise, Pagoda Green, Chantilly Beige, and Pace Car White. Constance’s Babystang was given a repaint for sure.

Constance Nunes Has Already Gotten Rid Of The “Pink” Stang

Yeah, it was quick.! But Constance has already gotten rid of the pink wrap of her Babystang. But it’s for a more exciting project at hand. She is dialing things up with her Stang for the 2022 SEMA. With just four months in hand, it sure is going to be a challenge for Nunes to transform her Babystang into a SEMA attraction.

This move by her to rip off the bright pink vinyl also showcases the boon of going for a wrap instead of a paint job. You save a ton of money and the original paint job stays safe and shiny beneath the vinyl at all times. And getting it off might look aggressive but is as satisfying as it gets.

Constance Nunes Has A Never-Ending Love For American Muscle 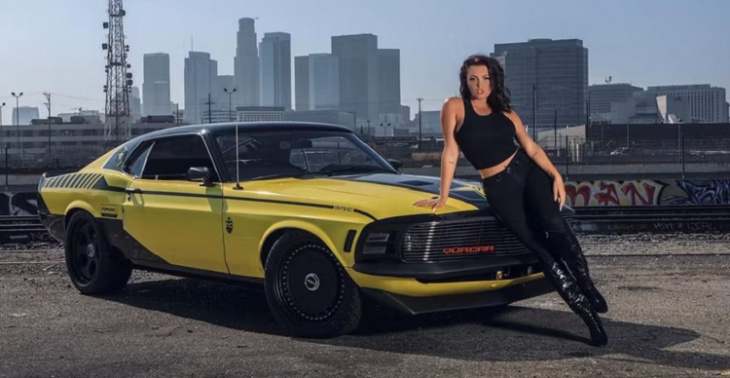 While Constance Nunes has a bunch of cars in her stable, it is the Babystang that she loves, along with anything that is “American Muscle”. Ever since childhood, seeing her father work on these beautiful American muscles is what instilled a love for automobiles in her. And she has added love for Ford, which you can clearly see in this article as well!