This special edition is the fastest yet around the Nurburgring 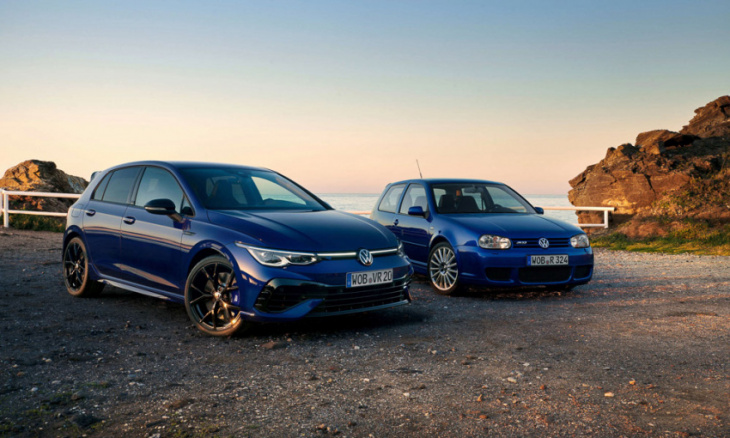 The hottest Golf R can trace its roots to the legendary Golf R32. PHOTO FROM VOLKSWAGEN

Volkswagen’s iconic cult car, the Golf, started the hot hatch craze that became popular all over the world. While the GTI remains as the most iconic model, enthusiasts hankering for the Golf experience cranked up to 11 can opt for the Golf R.

For its 20th year, which was started by the V6-powered Golf R32, the current EA888 2.0-liter four-cylinder direct-injected and turbocharged engine has been turned up to produce 328hp, 13hp more than the regular eighth-generation Golf R.

It drives a seven-speed dual-clutch automatic transmission. The engine’s turbocharger system also receives a party trick that keeps the throttle partially open even when off-throttle to keep the turbo spinning happily, improving transient boost response and allowing the boost to come in harder and earlier in between shifts and when transitioning from braking to accelerating. The engine note is noticeably angrier and louder than the regular Golf R, adding to the Golf R 20 Years’ more hardcore, track-oriented sporting nature. 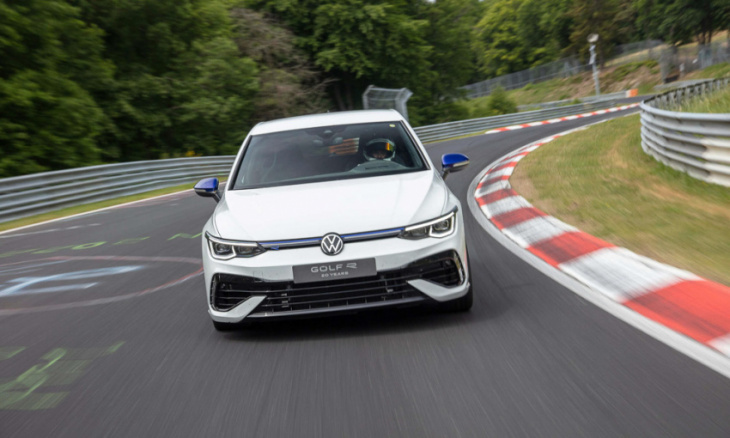 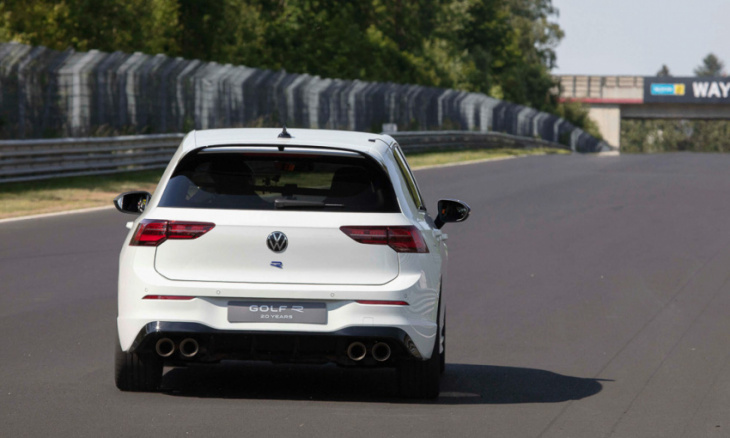 When a car is designed for the Green Hell, you can expect it to be fast everywhere else you go. PHOTO FROM VOLKSWAGEN

Power is then transferred to the standard all-wheel drive system that gives the Golf R impressive grip. This gives the Golf R 20 Years a top speed of 270km/h (electronically limited) and a 0-100km/h sprint accomplished in a blistering 4.6 seconds.

On the Nordschleife, the Golf R 20 Years would hit speeds of 240km/h at the Schwedenkreuz crest, and a terminal velocity of 265km/h before the unofficial start-stop by the grandstands that measures roughly 1.52km in length out of the full 2.86km Döttinger Höhe straight.

To handle the challenging bumps, ruts and jumps on the famed track, Volkswagen has endowed the Golf R 20 Years with more electronic enhancements in a special package known as the R-Performance Package—developed, honed and optimized on this very racetrack. With its 154 corners of varying severity spread throughout its 20.832km length, no wonder the racetrack is famous for serious performance car development, making it easily four to six times longer than a typical racetrack. 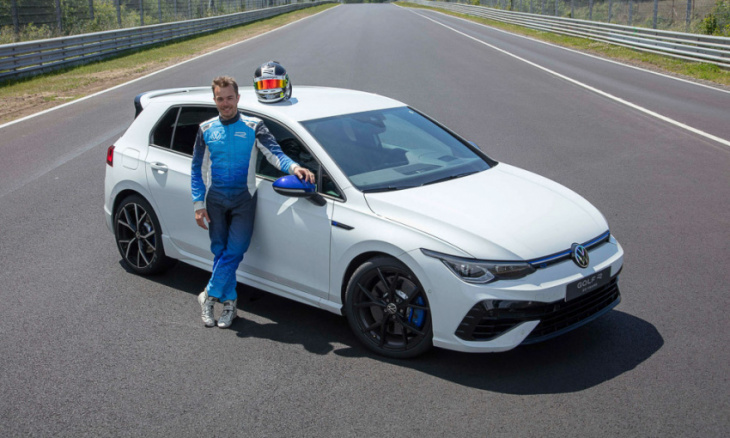 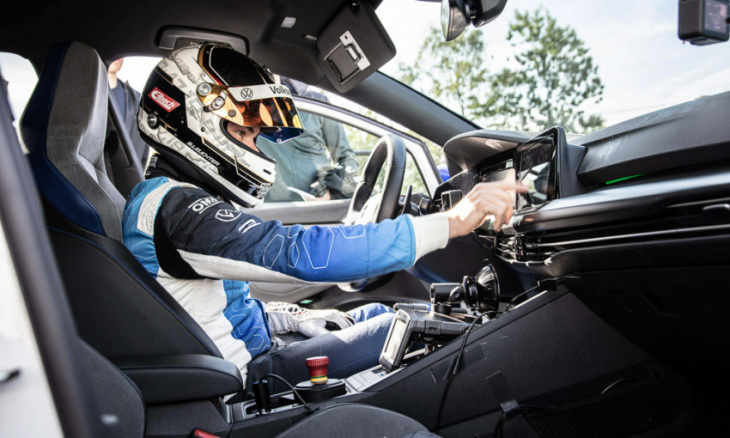 Benjamin Leuchter managed to set a time of 7:47.31 around the track with this hot hatch. PHOTO FROM VOLKSWAGEN

The R-Performance Package includes the vehicle dynamics manager and the R-Performance Torque Vectoring that helps transfer more torque to the outside wheels, aiding cornering speeds, traction and stability on the twisty bits, particularly quick right-left-right transitions. With Volkswagen ace touring car helmsman and development driver Benjamin Leuchter behind the wheel, the Golf R 20 Years lapped the equally legendary racetrack in 7:47.31, besting the regular Golf R’s time by over four seconds.

Leuchter, who was key to the development of the R-Performance Package, selected the Special Driving Mode (there’s also a Drift Mode, apparently). The adjustable suspension, with its 15 levels of damping firmness, was set on the soft side to give the all-wheel-drive Golf some much-needed compliance to specifically tackle the Nurburgring’s undulating surface. In Individual mode, the driver can also fine-tune the aggressiveness of the torque vectoring system and even the engine exhaust note, as well as the engine throttle mapping. 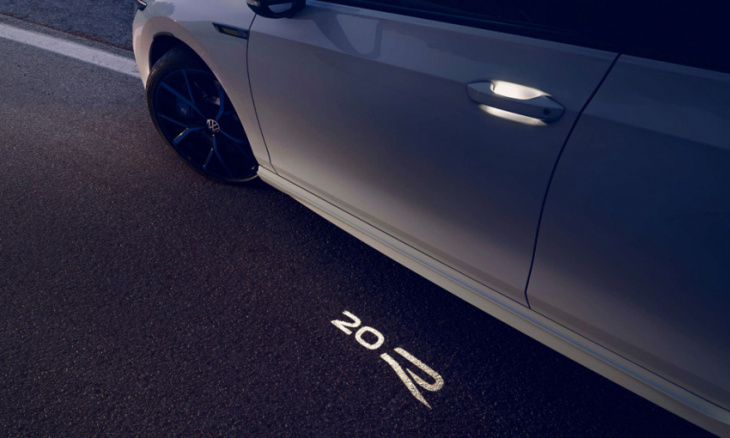 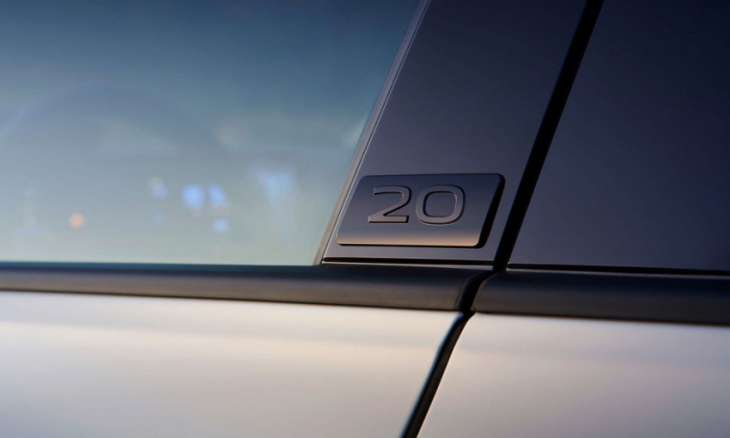 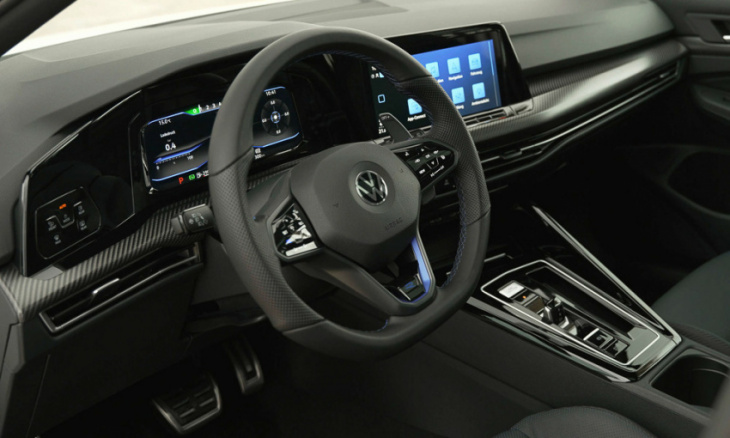 In terms of special editions, this is more focused on performance instead of cosmetics. PHOTO FROM VOLKSWAGEN

Volkswagen says production will run for one year, making it a very special and limited future classic, though no cap has been placed on actual production figures. Hope this somehow reaches the Philippines where the Golf has many fans looking for a keen and involving driving experience in a German package.