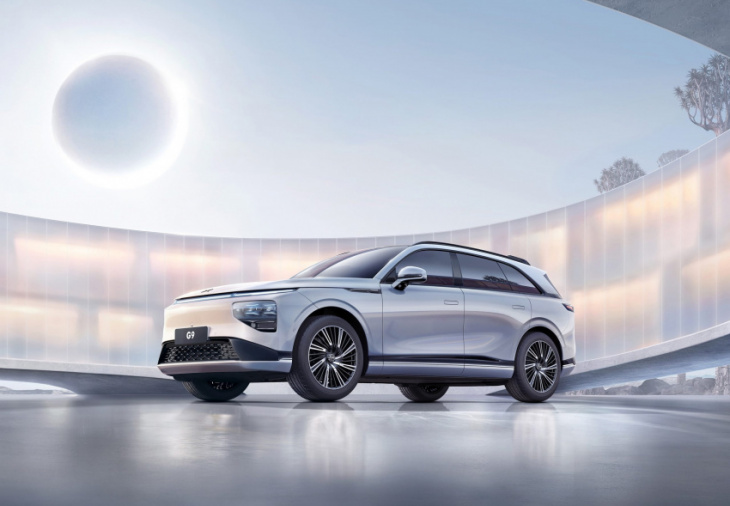 Xpeng president Brian Gu told reporters yesterday during an online interview that the company has focused on adding several battery makers to supplement the launch of the G9 SUV (via Reuters):

“We have already diversified our battery supplier arrangement. CATL is no longer our largest material supplier. We actually have worked with several high-quality battery suppliers, for example, EVE, CALB.”

Although Gu didn’t specify what the reason for the switch was, there are several possibilities. First is cell availability. Battery cells are still being produced in massive quantities, but battery makers cannot keep up with demand as the EV industry continues to grow. Various cell companies, including CATL, have announced large-scale manufacturing ventures in other countries worldwide to support the EV manufacturing boom. There is also a technical possibility.

Xpeng chose Sunwoda to supply battery cells for the G9 as they can provide an 80 percent state of charge in just 15 minutes. Fast-charging is becoming an exceptionally pertinent technique in wooing consumers to purchase an electric vehicle. Charging speeds and, more specifically, less time at EV chargers have become a point of emphasis for EV customers as the charging process is noticeably longer than filling a gas vehicle.

However, charging times have decreased over the past few years thanks to advances in EV battery technology and charging infrastructure. Introducing faster-charging piles, like the V3 Supercharger from Tesla or Electrify America’s 350 kW-capable chargers, are among the fastest available to consumers.

CATL is still the largest cell manufacturer on the planet, with the highest annual capacity and market share. It still owns nearly 50 percent of China’s overall battery needs through its agreements with various automakers. Tesla and Nio are CATL’s only clients that are larger than Xpeng.

Table of contents XPeng launches G9 in China first, deliveries begin in October XPeng declares the G9 “the world’s fastest charging EV” XPeng G9 trim levels and pricing G9 hits China in October, but what about the EU and beyond? After sharing sporadic details since last fall, XPeng Motors ...

The new Xpeng G9 electric off-roader boasts plenty of advanced tech, and could potentially go on sale in Europe next year

Chinese EFV automaker XPeng Motors announced it has launched a pilot program for its City Navigation Pilot (NGP) Advanced Driver Assistance System. With its debut, XPeng claims to be the first Chinese company to deliver such an “high-level” ADAS for complex urban driving, continuing to challenge Tesla’s Full-Self-Driving (FSD) ...

The year-over-year growth significantly slowed down.

The Chinese electric car manufacturer Xpeng has just presented its financial data for the second quarter of 2022. Compared to the same period last year, sales and revenue almost doubled while losses also increased. Xpeng delivered 34,422 cars from April to June, which is 98 per cent more than ...

XPeng Inc. today hosted its Supercharging Media Day in Guangzhou, outlining the progress and development of its charging technology, as well as its plans to create an extensive charging network

Xpeng has started accepting orders for the P5 in Europe

EV Maker XPeng Is Boosting Its Presence in Europe

Elon Wants To Supply Powertrain, Batteries And Software To Other Auto Makers, But Who'd Be Crazy Enough To Accept?

Xpeng G9, a technological 100% electric SUV that points beyond China

Can I sing Karaoke in this car? – The questions BMW have to answer in China