Carvana’s unwinding triggers a cascade of warnings on Wall Street 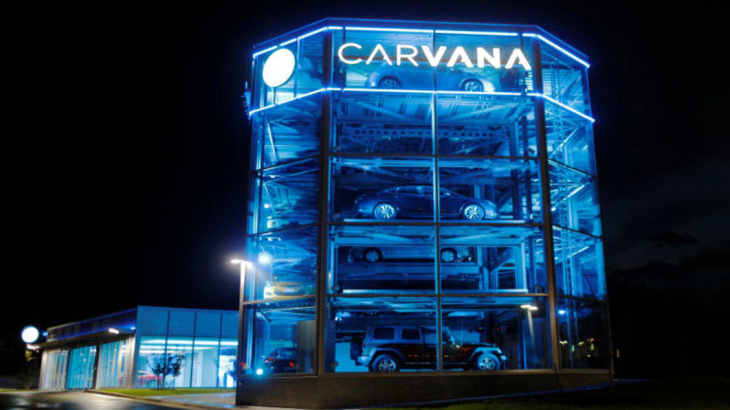 With the company’s shares spiraling down a staggering 97% this year, analysts’ average price targets struggled to keep pace, despite coming down sharply. That changed this month, and in just the past week at least three analysts downgraded the stock and slashed their targets, saying the combination of weakening economic conditions and the car dealer’s heavy debt load could lead to more dire outcomes.

“We are lowering our price target to $7 from $30 to reflect a higher likelihood of insolvency by 2024 without a faster reduction in operating costs and/or access to significant liquidity,” Robert W. Baird analyst Colin Sebastian wrote in a note this week.

Average price targets on the stock have now sunk 94% since the beginning of the year, and have dropped nearly 60% from where they were at the end of October. Carvana reported its third-quarter results early this month, triggering the latest avalanche in both its shares and analyst targets. Quarterly loss and revenue both significantly fell below Wall Street expectations, with the company noting a deteriorating economy and softening demand for pre-owned vehicles.

“We do not see industry headwinds abating in the near term given worsening consumer sentiment and interest rates that will likely remain above recent averages for an extended period of time,” Cowen analyst John Blackledge wrote in a note. He cut the stock to the equivalent of a hold from buy, and lowered the price target to $10 from $55.

Carvana has been caught in a perfect storm. Demand for pre-owned cars had seen a massive surge during the pandemic days when auto production was hurting from crippling supply snarls, sending used-car prices soaring. As supply-chains started to normalize this year, prices of used vehicles have been falling sharply from the peak, squeezing the margins of dealers like Carvana.

Meanwhile, persistently high inflation and climbing interest rates have made consumers wary of large purchases, especially in the face of a potential recession. As a result, demand is hurting as well.

To make matters worse, the company had over $8 billion of total debt as of Sept. 30, according to Bloomberg data, up from $5.8 billion at the end of 2021. The company’s market valuation stands at $1.3 billion as of Monday’s close.

“As used-car prices fall, we believe that Carvana will struggle to make a profit on vehicles previously purchased at high prices,” Argus Research analyst Taylor Conrad wrote in a note dated Nov. 18. Conrad downgraded the stock to sell from hold.