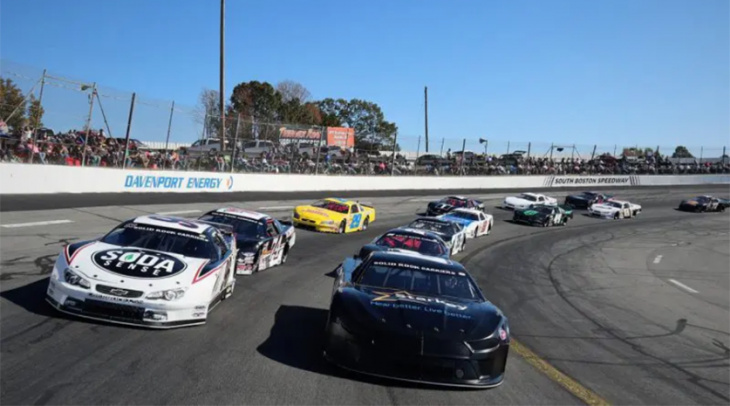 The Solid Rock Carriers CARS Tour is set to take a more proactive approach when it comes to driver development.

Beginning next season, any driver can compete in the Pro Late Model Tour starting at the age of 12 as opposed to earning eligibility at 14 years old. This change does not impact the Late Model Stock Tour, where drivers must still be 14 before they can race in that division.

CARS Tour owner Jack McNelly said a myriad of factors attributed to him lowering the age limit in the PLM Tour but stressed that the series needed to accommodate the youth movement that is now prevalent in many different forms of auto racing in the United States.

“It appears the age of these drivers is dropping lower and lower with every year, but we need to stay competitive with the market,” McNelly said. “We’re all concerned about car counts, and we have kids who have raced since they were five years old coming into full-bodied stock cars at 12 years old. To stay current, we must go with the trend.”

When McNelly formed the PLM Tour in 2021, he specifically designed it as a way for younger drivers to properly develop their craft behind the wheel.

The new division more than lived up to McNelly’s vision in its inaugural year, as William Sawalich made a name for himself by winning six of the nine races he entered. Other notable young prospects that made it to victory lane in the PLM Tour this past year included Caden Kvapil, Jake Garcia and Austin MacDonald.

CARS Tour competition director Keeley Dubensky believes lower age limits for the PLM Tour will further bolster its reputation as a true developmental series in which the next generation of drivers can properly learn the necessary skills to excel later in their careers.

“In order to keep the developmental ladder consistent, it’s appropriate to allow these drivers more time to learn so they are prepared to move into Late Model Stocks and beyond,” Dubensky said. “The ages of these kids transitioning from legends to stock cars continues to get younger, so this decision will be crucial to driver development and performance.”

While Pro Late Models are much lighter and produce less horsepower compared to Late Model Stocks, both Dubensky and McNelly said that the younger PLM Tour drivers can easily lean on the veterans of both divisions for advice on how to set up their cars and navigate each CARS Tour track.

McNelly knows the rapidly growing youth movement in American auto racing has been a jarring development to some, but he stressed that providing these drivers an environment where they can gain valuable experience on and off the track will only be beneficial regarding how they approach each individual race weekend.

Although he expects many younger faces walking around the infield, McNelly said nothing will change with how races are policed and intends to hold every driver to the same set of standards the CARS Tour has maintained since its inception in 2015.

“I don’t care how old you are, if you come into our series, you will be looked at very closely,” McNelly said. “If you present a risk to yourself or other competitors, we will respectfully ask you to go back and get a little bit more experience.”

The next class of PLM Tour competitors will hit the track for the first time when the CARS Tour opens the 2023 season at Southern National Motorsports Park on March 11.

All CARS tour action can be viewed on SPEED SPORT affiliate CARSTour.TV.

Jingle bells, jingle bells! Christmas season is officially here, and Mini UK has paired up with content creator Nicholas ‘Nico’ Martin to introduce a special ‘Festive Mini’, which Nico will be driving around as many streets as possible in his hometown to spread joy to the public, while also ...