With the F8 Tributo replacing Ferrari’s well-loved 488 GTB, it was only a matter of time until the F8 Spider made an appearance.

While there is already a convertible Ferrari in the guise of the Portofino, that is designed to be a miles-munching Grand Tourer instead of a corner-carving animal. And so, Carfection decided to review Modena and Maranello’s latest arachnid.

Right off the bat, Henry Catchpole talks about the name F8, which is the code for the twin-turbocharged 3.9-liter engine planted in the middle of the car. The engine first appeared in the 488 Pista Spider, but for the F8 Spider, they’ve changed a lot of the internals to be stronger and lighter. This gives the engine less internal inertia, resulting in an engine that can rocket to its 8,000 RPM redline without effort. 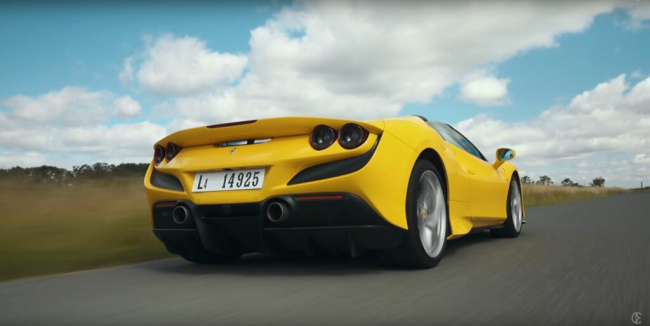 This thing loves to go fast.

However, there is one thing that the 710 HP engine is lacking over the previous 488: noise. As the new Euro 6 emission regulations come into force, catalytic converters are no longer providing enough cleaning of the exhaust to be viable. As such, new gas particulate filters are the norm in Euro 6, which also, sadly, kills off some of the trademark Ferrari bang, roar, and whine as the car shifts gear and the foot is planted to the floor. 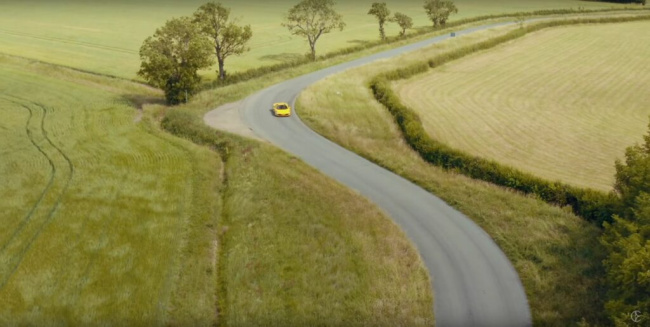 Show the F8 Spider some corners, and it just wants more

His next point is on the driving dynamics, which in the 488 Spider he described as “wandering” with the roof down. The new F8 Spider has a lightweight aluminum chassis, instead of a full-on carbon tub, and as the chassis supports the carbon fiber bits around the car, it also doesn’t allow for as much flex. While the car does twist and flex some, Henry notices that it is much more on point with steering and loves to aggressively attack corners as the flex stops and the car stays stiff and responsive. 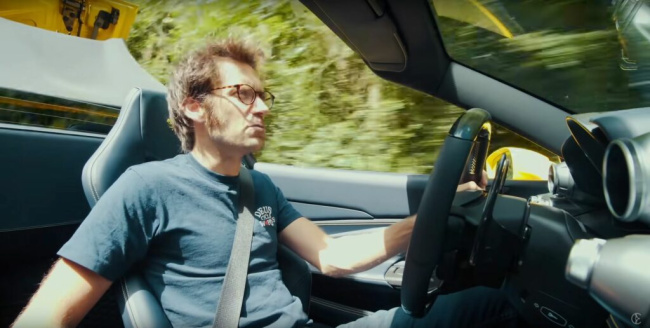 The roof can be operate while moving

After stopping for a spot of pizza for lunch, Henry then describes the options, at least on his review model. 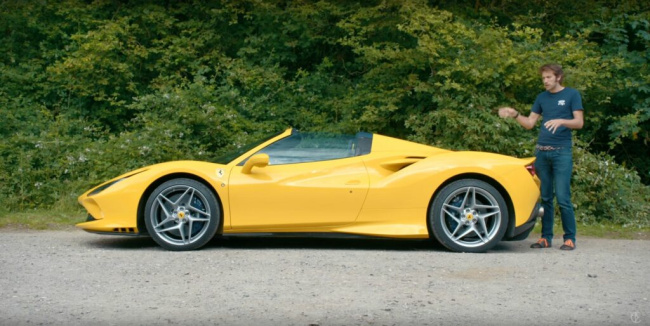 A great shape that was penned internally at Ferrari

However, he first reveals that, as known, the Ferrari F8 Tributo and F8 Spider were both designed internally at Ferrari, not by longtime partner studio Pininfarina. 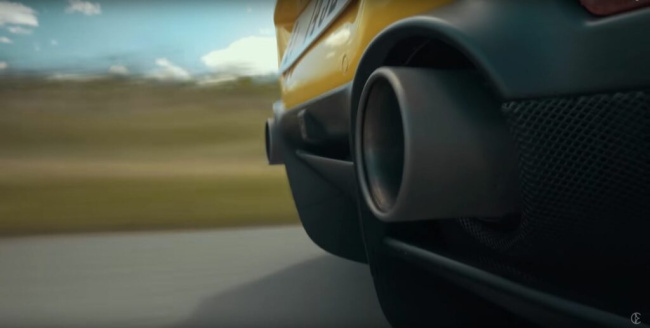 It has the “why?” option of a carbon fiber engine cover, which you can’t really see, and a more “okay!” option of titanium exhausts and titanium wheel bolts. 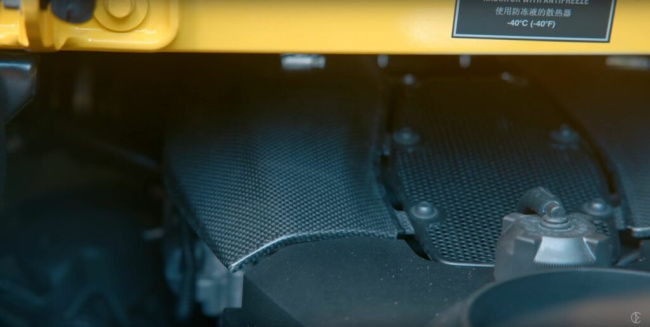 A full carbon fiber engine cover, hidden by the body….

As well, this review model Spider has the passenger display, which Henry thinks is a bit of a gimmick, but everyone he’s driven around in the car seems to think is an awesome little bit of kit. But of them all, the biggest option he describes as “worth it!” is Ferrari’s Genuine Maintenance Program, which is built into the price of the base car. It provides free servicing, free labor, free OEM replacement parts from Modena and Maranello, and warranty work for the first 7 years of the car’s life, and it also passes along to the new owner if you sell the car within those 7 years. 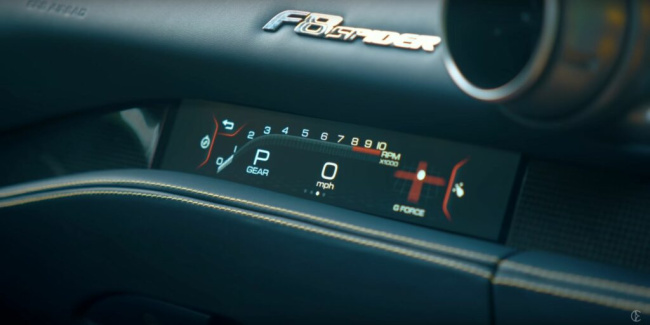 In sum, Henry loves the car. It’s a more updated, sharper handling, and altogether more competent spider than the 488 Spider. And seeing how well-loved the 488 Spider was, that is definitely saying something.